2Department of Psychology, University of Science and Culture, Iran

Copyright: © 2016 Vahdati BM, et al. This is an open-access article distributed under the terms of the Creative Commons Attribution License, which permits unrestricted use, distribution, and reproduction in any medium, provided the original author and source are credited.

Objective: Throughout recent years, wide spread substance abuse in both genders, especially in women, has been increasingly on the rise in Iran. This is a serious matter. There are no solid and accurate statistics on female drug abusers yet. According to the World Drug Report (2014), the highest amount of methamphetamine consumption has been observed in Mexico, the USA, China, Thailand, and Iran. Despite global concerns in the matter, it is difficult to estimate the exact number of amphetamine consumers.
Method: This descriptive cross-sectional study aimed to examine the socio-demographic profile and substance abuse patterns in woman stationed at three Detox and Rehab Centres in Tehran. The statistical society at this centre includes 112 female patients. In this study, a questionnaire designed by the team of SOS-Enterprise.

Methamphetamine abuse has increasingly grown in Iran. The escalation of drug abuse pattern from traditional to chemical substances is the outmost concern of Iran's Drug Control authorities. According to the latest Prevalence study, the most dangerous and popular illegal drugs abused in Iran are; Opium, Crystal (Methamphetamine), Crack, and Heroin respectively [1].

With instant influence on brain mechanisms, Methamphetamine induces the feeling of happiness, thrill, and excitement. It causes sleep disorder or extreme insomnia, loss of appetite, and extreme thirst [1]. In general, little information is available on amphetamine abuse in Iran and most studies are focused on traditional drugs, such as opium and its derivatives; i.e., opium sap and heroin. In a study, the consumption of methamphetamine was reported 18% among people with high-risk sexual behaviour, which is the highest reported substance abuse observed [2]. Women usually abuse methamphetamine to lose weight [2,3].

The biggest drug bust of methamphetamine has been seized in Mexico, the USA, China, Thailand, and Iran, respectively [5]. In spite of global concern, the exact estimation of amphetamine consumption is not possible, due to the fact that the majority of amphetamine abusers are the youth gathered in parties who seldom approach treatment [2].

There are also no exact statistics on female drug consumption in Iran [6]. A research conducted in 2005 in Iran reported 15% of the total addicts were female. The major common excuses that lead women to consume drugs are divorce, family members’ addiction, separation, and domestic violence [7]. On the other hand, addicts suffer long-term issues such as poor health, high mortality rate, drug overdose, and HIV infection, Hepatitis C, plus numerous problems not only for the individual but also for the society, public health and social policies [8], so that 13.1% of all addicts using injection are HIV positive and over half of this group, are infected by HCV [4].

The research division of “SOS-Enterprise Foundation” [9] hopes that the results of this study can be considered and used appropriately in practical aspects to solve problems caused by industrial drugs abuse including amphetamine, especially in women.

This cross-sectional study investigated the demographic profile and patterns of drug abuse among women at three drug and rehab centres, positioned in different areas in south, central, and west of Tehran. In this study, 112 patients were selected.

A researcher-made questionnaire (in a self-report format) consisted of a demographic form was used. To analyse the data, descriptive statistics were used to calculate the average and frequency.

The variables investigated on in this study included age, the first and second most abused substance, and why they started; statistical parameters are shown in Tables 1 and 2.

Table1: Descriptive statistics of the most and the second most common substance abuse according to the type of substance.

Table 2:  Absolute and relative frequency distribution of drug abuse according to the age among women at the rehab centres, the total is 167 and not 112. Reason being a number of volunteers used several drugs simultaneously.

112 women in three rehab centres of Tehran completed the questionnaire. Their average age was 33.45 years; the minimum 17 and the maximum, 53 years old. The most common substances abused among women in the rehab centres were ice (71.4%), and heroin (13.4%), respectively. The second most common substance abused was ice as well which is shown in Table 1.

According to Table 2, the 25-34 age group comprised the largest age group among women stationed at the rehab centres, in which the highest tendency toward ice (Methamphetamine, 65%) was observed.

According to our findings, the most important reasons of substance abuse among women stationed at the rehab centres, included companionship with friends, divorce, and family issues.

The study objective and goals were to examine the demographic profile and drug abuse pattern among women stationed at three drug and rehab centres in Tehran, located in south, centre, and west areas of the city.

The patients are registered and kept in the selected centres for a period of 28 days, during which, as in many cases, this period could be repeated twice or thrice. These centres are fully licensed by State Welfare Organization of Iran.

Increased prevalence of drug abuse in both genders, especially women, during recent years in Iran is very important. High-risk sexual behaviour and sharing syringes were reported more common among women than men [7].

Upon studying 3138 women who were infected with HIV from 1985-2013 in Iran, it was concluded that; 71% were infected through unprotected sexual activities, 9%, through drug injection, 5%, transferred through pregnancy, 1% through blood transfusion, and 14%, through unknown cause, have been infected by this deadly virus [1].

According to reports issued by Iran Drug Control HQ, the most popular narcotics and psychotropic substances abused by women in Iran are; Opium, Crystal Meth, and Heroin. Based on the global statistics, women addiction induces more serious consequences than men addiction. As an example; the average time it takes for a woman who experiences a drug for the first time to injecting drugs, is two years. As in men, the average time is 8 years. By that rational, six years faster than men, women find themselves extremely addicted and suffering the side effects from physical to mental and social disorders more than men [1].

According to drug abuse pattern changes studies [10], and also based on our findings, using ice is more common among young people than traditional drugs, such as opium and heroin. The average drug abuse age onset among women is 27.5 ± 10.6 years, which is six years more than the average drug abuse age onset among men [11]. According to our data, the average age of women stationed at the rehab centres is 33.45 years and the highest age group is 25-34, in which the highest tendency was observed toward ice (Methamphetamine, 65%).

False beliefs such as; industrial drugs, like Crystal Meth, are not addictive, and a boost of energy and a sense of joy and happiness, increasing sexual competency, relaxation, and ignorance of psychoactive drugs side effects are the main reasons of the spread of drug use among young people in Iran [10].

Besides, false advertisements on beauty, diet, fitness, and brain boosting products have caused the increase of Crystal Meth consumption among women in the society [1]. Furthermore, heroin addiction withdrawal by choosing an alternative palliative drug in order to decrease the side effects may also lead to the spread of ice abuse among young people [10].

Based on our findings domestic violence, divorce and addiction of spouse or other family members play the most important role in drug abuse among women in the rehab centres, which is in agreement with the reports in the field of addiction in women in Iran [6].

There is an urgent need for more research and study in the field of women's substance abuse in Iran. In addition, solving the problems of women’s addiction needs faster and more serious planning by responsible authorities given how important the role of women in the family, pregnancy, and the risk of injury to the foetus are [7].

The research division of “SOS-Enterprise Foundation”, hereby greatly appreciates the cooperation and assistance provided by Iran Drug Control Headquarters, the heads of each women rehab centres; Arya-paak (South of Tehran), Sepidpak-e-Mosbat Andishan (centre of Tehran), and Chitgar (West of Theran) and the guidance and cooperation of Dr. Hamidreza Ansari, Mohammad Rezai, Ehsan Ahadian and Somayeh Ismaili, of the Addiction Research Centre affiliated to the research Division of “SOS-Enterprise Foundation”. 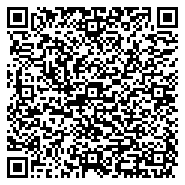