The study sample used for PR was 180 gas exposed COPD subjects in age 40-75 yrs. of both gender, satisfying the inclusion (FEV1 of less than 60% and with no active heart disease) and exclusion criteria which was randomized equally into two groups (institutional and domiciliary). Before starting PR program, a 6 Minute Walk Test (MWT), SGRQ score and PFT was done and the same was assessed every 6 months interval. PR program for 1 hr consisted of breathing exercise, pursed lip breathing, huffing and coughing, diaphragmatic and incentive spirometry technique, active range of movements of all upper and lower limb joints and postural drainage.

Descriptive statistics of 6MWT with SpO2, Pulse rate and distance walked by both groups after interval of 6 months and 12 months of PR shows significant improvement in institutional group as compared to domiciliary. There is no significant difference in the FEV1 values at 6 months in both the groups but at 12th month follow up there is a significant reduction of 0.04 units in the FEV1 values in the domiciliary group as compared to baseline. Analysis of quality of life assessment by SGRQ shows decrease in severity of symptoms score, marked improvement in activity score, impact scores and total scores in Institutional Group after 12 months of Pulmonary Rehabilitation. Improvement in Quality of life and functional exercise capacity is significantly higher in Institutional group as compared to domiciliary group.

Pulmonary Rehabilitation is known to be evidence based comprehensive intervention module which is beneficial treatment to decrease symptoms, increase participation and to reduce health costs for COPD patients [1]. COPD patients experience reduced exercise capacity and activity limitation which is a major determinant of impaired quality of life. Pulmonary Rehabilitation has shown to improve exercise capacity, breathlessness and quality of life [2].

Individuals exposed to MIC in Bhopal have chronic persistent inflammatory changes in the lower respiratory tract [16]. In addition, a proportion of subjects exposed to MIC have persisting airflow limitation that is indistinguishable from COPD [17]. As pulmonary rehabilitation is a life-long process, emphasis was made to develop community based PR programs near the residences of such patients so that continuous rehabilitation and better participation was achieved. This study has compared the impact of Pulmonary Rehabilitation to gas exposed surviving COPD patients in ameliorating their health status in two operational settings i.e. supervised institutional and unsupervised home based.

The study subjects were confirmed COPD cases in 40-75 years of both sexes selected from the gas exposed population satisfying the inclusion and exclusion criteria. Inclusion criteria were confirmed diagnosis of COPD, Forced expiratory volume in 1 sec (FEV1) of less than 60% and with no active heart disease.

Ethical Committee approved the research project. The subjects included in the rehabilitation group were treated with the standard COPD medications as per GOLD criteria and given one week training of pulmonary rehabilitation at Institutional Centre. Before starting pulmonary rehabilitation a 6 minute Walk test, SGRQ score and PFT was done. Written consent was obtained from participating subjects. Randomization of 180 gas exposed COPD subjects into two groups Institutional and Domiciliary was completed.

The 6MWT was administered to study subjects as per procedure recommended by American Thoracic Society (ATS) guidelines in an enclosed corridor [18].

The SGRQ Questionnaire is designed to measure health impairment in COPD patients. Three component scores were calculated; Symptoms, Activity, Impact. One total score is also calculated [19]. The questionnaire is designed for supervised self-administration by patients. It is to elicit patient’s opinion of his/her health. Assessment and evaluation of any subjective symptom is difficult task and it typically relies on as self-reported by patients.

A total of 180 diagnosed COPD subjects among the toxic gas exposed cohort in Bhopal were enrolled for rehabilitation program. This sample size is sufficient to have 99% confidence and 80% power of the study. The sample size is arrived at on the basis of significant difference (p<0.05, paired t-test) found in the pulse rate before and after pulmonary physiotherapy in a pilot study on 19 COPD subjects.

The first two rounds of six monthly follow up of both the study groups (Institutional and domiciliary) was completed.

In the 6MWT the Baseline values of SpO2, Pulse rate, Distance in two groups were similar initially but after 12 months of PR the institutional group had distance of 217.24 m as compared to domiciliary group of 167.28 m with difference of 49.96 m.

Mean age group of institutional group was 58.03 yrs and domiciliary group was 59.57 yrs. Details are shown in Table 1.

Table 4: FEV1. Comparison of Age, Sex, BMI and Forced expiratory vol. in 1 sec. (FEV1) of Institutional and Domiciliary groups at interval of 6 and 12 months after pulmonary rehabilitation.

To summarize the continuous variables we used mean and standard deviation and frequency with percentage was used to summarize the categorical variables. As pulmonary rehabilitation is a longitudinal study observes subjects over time, we used Generalized Estimating Equation (GEE) for studying the change in FEV1, SpO2, PR, Distance walked, SGRQ score (Symptom score, Activity score, Impact score and Total score) between Institutional vs Domiciliary group in the population over time after adjusting for other confounding variables such as age, gender and BMI. P value<0.05 was considered for statistical significance.

The participants of both the groups were assessed at baseline, after interval of 6months and 12 months of pulmonary rehabilitation program. The variables considered for statistical analysis included functional exercise capacity by six minute walk test (6MWT), quality of life assessment by SGRQ and spirometry values. Variables were compared between the Institutional and Domiciliary group after Pulmonary Rehabilitation. Descriptive statistics of 6MWT with SpO2, PR, Distance as variables of COPD subjects undergoing pulmonary rehabilitation of both groups at baseline, 6 months, 12 months interval period shows improvement of distance walked in both the groups but significant improvement in Institutional versus Domiciliary group (Table 1). Analysis of quality of life assessment by SGRQ shows decrease in severity of symptoms score, marked improvement in activity score, impact scores and total scores in Institutional Group after 12 months of Pulmonary Rehabilitation (Table 2) .There is no significant difference in the FEV1 values at 6 months in both the groups as compared to baseline (Table 3). The progressive decline in pulmonary function found in COPD patients is considered a major prognostic factor of the course of the disease. After 12 months follow up of Pulmonary Rehabilitation there is a significant reduction of 0.04 units in the FEV1 values in the domiciliary group as compared to baseline after adjusting all other confounding variables in the model (p value=0.001), (Table 4) while the Institutional group has maintained the baseline value of FEV1. Thus, the Improvement in Quality of life and functional exercise capacity is significantly higher in Institutional group as compared to domiciliary group.

The study concluded that the supervised institutional group was found to be more beneficial than unsupervised domiciliary group in the rehabilitation program to improve the quality of life in gas exposed COPD subjects. Hence, Community based pulmonary rehabilitation units are better compliances for easy accessibility and subject participation for COPD cases.

Copyright: © 2019 Galgalekar R, et al. This is an open-access article distributed under the terms of the Creative Commons Attribution License, which permits unrestricted use, distribution, and reproduction in any medium, provided the original author and source are credited. 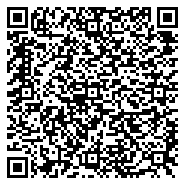