Copyright: © 2017 Yamada T, et al. This is an open-access article distributed under the terms of the Creative Commons Attribution License, which permits unrestricted use, distribution, and reproduction in any medium, provided the original author and source are credited.

Objective: An ADC histogram which was derived from the Region of Interest (ROI) set over the entire tumor may distinguish thymoma from thymic cancer and provide less bias and reproducibility. To evaluate the utility of ADC histogram analysis for differentiating thymic cancer from thymoma in comparison with conventional MRI findings.

Materials and methods: The subjects consisted of 31 patients with 27 thymomas and 4 thymic cancers. Diffusionweighted imaging was performed with b values of 100 and 800 s/mm2. Data acquired from each slice were summed up to derive voxel-by-voxel ADC values for the entire tumor and an ADC histogram was generated. The mean, standard deviation, minimum, maximum, 5th, 25th, 50th, 75th, 90th percentiles, mode, skewness, and kurtosis were derived from the ADC histogram. MRI findings were evaluated in terms of contour, capsulization, septum, hemorrhage, necrosis or cystic change, lymph node swelling, pleural effusion, major vascular invasion, and homogeneity.

Results: Significant differences were observed in the minimum ADC, contour, and major vascular invasion between thymoma and thymic cancer (p=0.010, p=0.03, and p=0.009, respectively). The sensitivities and specificities when the minimum ADC was 70 × 10−6 mm2/s or lower, when the contour was lobular or irregular, and when the presence of vascular invasion was considered to be thymic cancer were 75% and 93%, 100% and 37%, and 25% and 100%, respectively.

Conclusion: Minimum ADC was useful for distinguishing thymic cancer from thymoma, and it had an additional value to the routine MRI sequence.

The Masaoka staging system and the World Health Organization (WHO) histologic classification are usually used for classifying thymic epithelial tumors [1,2]. The Masaoka staging system is classified into 4 stages depending on the anatomic extent of the tumor and is mainly used for determining the surgical indication. Multidetector row CT is useful for evaluating the Masaoka staging system owing to its high spatial resolution [3]. On the other hand, the WHO histologic classification is based on the pathological findings. The prognosis of thymic cancer is markedly different from that of thymoma [1,4]. The 5-year survival rate of patients with stages III and IV thymoma treated by complete resection is reportedly about 90% [5], and a lower probability is described for patients with thymic cancer treated by complete resection [6]. Thymoma and thymic cancer are considered as different tumor entities [7]; therefore, it is useful to distinguish thymic cancer from thymoma pathologically using the WHO histologic classification when making a therapeutic strategy.

Recently, several studies have reported the usefulness of Diffusion- Weighted Imaging (DWI) for differentiating some tumor histological grades [8-10]. As tumor malignant grade increases, the cell density, irregularity of cell alignment and nuclear atypia increase. These pathological changes cause narrowing of the intercellular space and shrinkage of the cytoplasm, restricting diffusion. Similarly, thymic epithelial tumors have also been investigated in some DWI studies [11-13]. However, the method of Apparent Diffusion Coefficient (ADC) measurement is not consistent. As malignant grade increases in thymic epithelial tumor, the contour becomes irregular, and the presence of necrotic and cystic components occur frequently [2,14,15]. This gross pathological change may affect the ADC measurement. Consideration of tumor inhomogeneity is important in ADC measurement, as well as reproducibility. Therefore, an ADC histogram which was derived from the Region of Interest (ROI) set over the entire tumor has been proposed in some other organs, and its usefulness for tumor histological differentiation and malignant grading has been reported [8,9].

This study aimed to evaluate the utility of ADC histogram analysis for differentiating thymic cancer from thymoma in comparison with conventional MRI findings.

The institutional review board approved this retrospective study and informed consent was waived.

First, patients who were diagnosed as having thymoma or thymic cancer after surgery within the past 5 years were recruited from the pathological database. Of these patients, those in whom the same DWI sequences were performed within 3 months before surgery were included in the study. Recurrence cases and rare histological cases such as micronodular thymoma with lymphoid stroma were excluded. Finally, the subjects consisted of 31 patients (11 men, 20 women; mean age, 60.5 years; median age, 62 years). The subjects had 27 thymomas (5 type A, 13 type AB, 3 type B1, 5 type B2, and 1 type B3) and 4 thymic cancers (squamous cell carcinoma). In the Masaoka grading system, thymomas were classified into the following: 5 stage I, 17 stage II, 4 stage III, and 1 stage IV, and thymic cancers were classified into the following: 1 stage II, 2 stage III, and 1 stage IV. The largest dimension of thymoma was 45 ± 24.5 mm (mean ± standard deviation) and that of thymic cancer was 55.3 ± 8.0 mm. Tumor size was measured by T2-Weighted Imaging (T2WI).

A radiologist whose specialty was chest imaging delineated the ROI of the thymic tumor on the ADC map while referring to T2WI using the Synapse Vincent workstation (Fuji Film). The ROIs were set on the entire tumor through all the slices, except for the slice detecting only a small part of the tumor to eliminate the partial volume effect. When we delineated the ROI, we left a 1-2 mm margin on the tumor boundaries to avoid including the adjacent normal tissue (Figure 1). Data acquired from each slice were summated to derive the voxel-by-voxel ADC values for the entire tumor using MATLAB (MathWorks, USA), and an ADC histogram was generated (Figure 2). The mean, standard deviation, minimum, maximum, 5th, 25th, 50th, 75th, and 90th percentiles, mode, skewness, and kurtosis were derived from the ADC histogram. To evaluate reproducibility, same radiologist delineated ROI twice at an interval of 3 months. Figure 1: A 43-year-old man with thymic cancer. The ROIs were set on the entire tumor through all the slices on the ADC map (a) while referring to T2WI (b). We left a 1-2 mm margin on the tumor boundaries to avoid including the adjacent normal tissue. 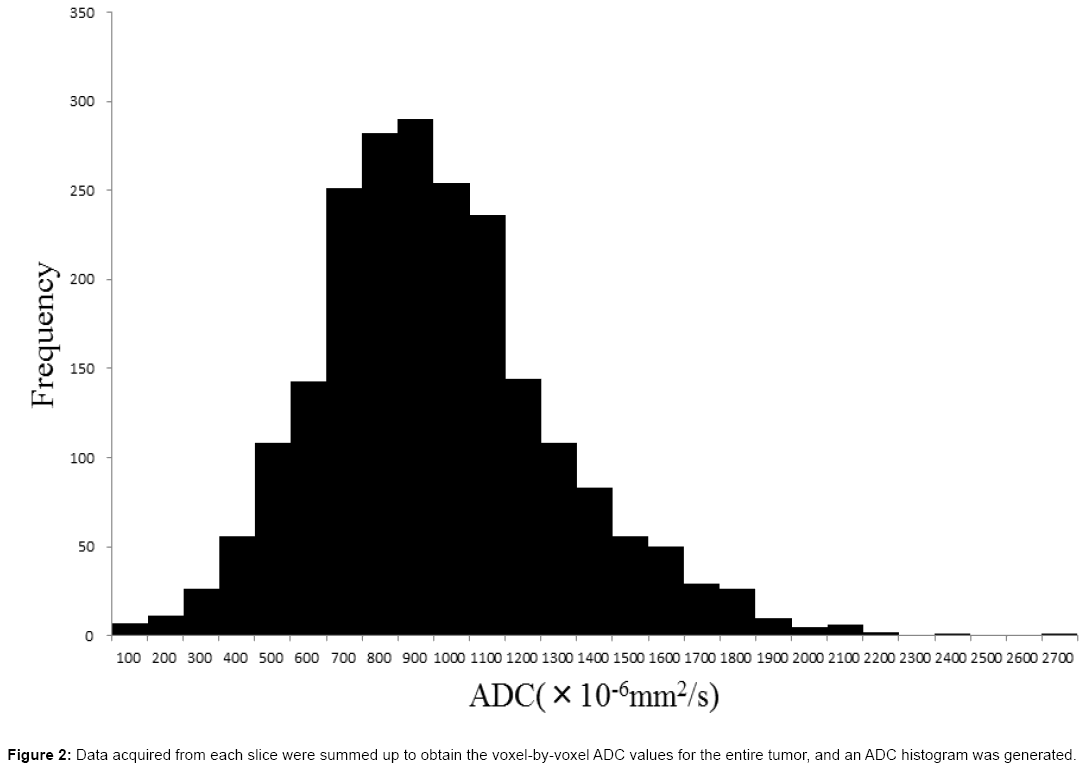 Figure 2: Data acquired from each slice were summed up to obtain the voxel-by-voxel ADC values for the entire tumor, and an ADC histogram was generated.

Data were shown as mean ± standard deviation. The differences between thymoma and thymic cancer in terms of the parameters of the ADC histogram and MRI findings were analyzed using the Mann–Whitney U test. A p-value of <0.05 was considered to indicate a statistically significant difference. Bland-Altman plot analysis was performed to evaluate reproducibility. ROC curves were created for the significant parameters based on these results, and thereafter the sensitivity and specificity were determined using the Youden index. Az values were calculated for diagnostic accuracy. All statistical analyses were performed using SPSS statistics software (version 22, SPSS) for Microsoft Windows.

Table 1 shows the analysis results of the ADC histogram parameters for each group at 2 times. A significant difference in the minimum ADC between thymoma and thymic cancer was observed at 2 times (p=0.010 and 0.023). The other parameters showed no significant differences. The sensitivity and specificity when the tumor had a minimum ADC of 70 × 10−6 mm2/s or lower and was considered to be thymic cancer were 75% and 93%, respectively. The Az value of the minimum ADC was 0.889. The Bland-Altman plots of mean, standard deviation, minimum, maximum, 5th, 25th, 50th, 75th, and 90th percentiles, mode, skewness, and kurtosis of ADC showed in Figure 3. The Bland-Altman plot analysis revealed no fixed bias. This study showed the usefulness of minimum ADC in differentiating thymic cancer from thymoma. Furthermore, the minimum ADC demonstrated a higher diagnostic accuracy than the MRI findings. Therefore, we believe that the addition of minimum ADC to the routine MRI sequence led to a higher diagnostic accuracy in terms of predicting not only the classification under the Masaoka grading system but also the pathological malignancy.

Setting the ROI on the entire tumor enables the evaluation of inhomogeneity in the tumor, eliminates the arbitrariness, and maintains the reproducibility of the measurement. A few studies have reported the usefulness of prediagnosing thymic epithelial tumor by DWI. The different methods of delineating ROI and measuring ADC as previously reported have been attempted as follows. Mean ADC was calculated with the ROI placed at 3 consecutive slices on the ADC map including the largest tumor dimension [11], and minimum ADC was adopted after ROI placement on a single slice and ADC measurement 3 times [13]. Our method has more advantage in eliminating the effect of the measurement area than previous studies and this method revealed the reproducibility.

The prognosis of thymic cancer was worse than that of thymoma; therefore, distinguishing the 2 entities was important in making a therapeutic strategy [1,16]. A previous study has reported the differentiation among low-risk thymoma, high-risk thymoma, and thymic cancer by DWI. Recently, Weksler et al. have proposed that thymic cancer and thymoma should be classified as different entities [16]. Our present study was based on such proposal.

This study has some limitations. First, the number of subjects was small. In particular, the number of subjects with thymic cancer was small being an uncommon disease. Therefore, a multicenter study is necessary in the future. Second, the perfusion effect may affect the results of this study as we used a lower b value of 100 s/mm2. A lower b value of more than 200 s/mm2 was suitable for eliminating the perfusion effect. However, using a higher b value decreased the signal-to-noise ratio and deteriorated the spatial resolution of the ADC map. The relationship between the b value and the image quality was a trade-off; therefore, further study is necessary to decide the optimal parameter. Third, motion artifact and susceptibility artifact may have affected the results. We used the respiratory-triggered acquisition to reduce the respiratory motion; however, we did not use the cardiac-trigger acquisition because of extension of the acquisition time and deterioration of the throughput. We believe that the delineation of ROI for ADC measurement using the respiratory-trigger sequence alone was the acceptable method at present.

The minimum ADC was useful for differentiating thymic cancer from thymoma, and it had an additional value to the routine MRI sequence. 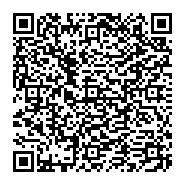