End of Life in Stage Heart Failure in Elderly Individuals

Copyright: © 2013 Cobo-Cuenca AI, et al. This is an open-access article distributed under the terms of the Creative Commons Attribution License, which permits unrestricted use, distribution, and reproduction in any medium, provided the original author and source are credited.

Deaths resulting from heart failure are just as frequent, if not more frequent, than deaths resulting from certain types of cancer. Patients suffering from end stageheartfailure tend to go directly to the emergency room. ER Multidisciplinary medical teams (doctors, nurses, psychologists) should be adequately trained to provide comfort, symptom management, and spiritual well-being for the patients and their families. This article presents a case concerning an 87-year-old man suffering from cardiac arrest and congestive heart failure due to ischemic cardiomyopathy.

An aging population and a high rate of coronary heart disease and high blood pressure have led to an increase in the prevalence of chronic heart failure in Spain [1].

The illness is considered terminal when advanced heart failure is refractory to medical therapy and a heart transplant cannot be administered. Patients suffer from severe shortness of breath and the persistence of symptoms such as congestive heart failure, and remain unresponsive to diuretic drugs, vasodilators, etc. [3,4].

According to the World Health Organization (WHO), palliative care is a new approach aimed at improving the quality of the lives of patients and their families when confronted with the complications associated with a life-threatening illness. It aims to prevent and alleviate suffering by providing pain management as well as physical, psychosocial and spiritual support to the patient [5].

Palliative care does not hasten or delay death, but it provides a genuine system of support for the patient and their family.

The end-stageis the phasethat precedes death. Patients gradually arrive at this stage afterintense physical deterioration, extreme debilitation, cognitive disorders and delirium, difficulty of nutrient intake, and a prognosis of days or hours of remaining life.

Patients usually enter the end stage when they are admitted to the emergency room (ER). For this reason, it is vital that ER medical personnel (doctors, nurses, psychologists) be suitably trained to treat patients and their families [6].

The objective of this article is to present a case that introduces a palliative care plan for an 87-year-old male end stage patient arriving at the emergency room with acute pulmonary edema and congestive heart failure by ischemic cardiomyopathy.

The patient under study is an 87-year-old male with a history of high blood pressure, diabetes mellitus, ischemic cardiomyopathy with acute atrial-septal and lateral myocardial infarction, and obstructions in three blood vessels. At 7 A.M the patient was admitted to the emergency room diagnosed with dyspnea, a baseline blood oxygen saturation of 60%, generalized edema, and respiratory acidosis. Immediately after being admitted to the ER, the patient received the following symptom treatment for pulmonary oedema: BiPAP oxygen therapy, aerosoles (salbutamol+ipratropium), furosemide and vesical catheter. Vasodilators (dopamine) were administered to the patient after several episodes of desaturation and diminished urine formation. At 10 P.M, the patient was found to be bewildered and weakened by precordial pain, showing an increase in elevated heart muscle enzymes and decreased urine production (300 ml/15 hrs). When the patient’s acute situation was deemed irreversible, he was transferred to a singlepatient room in the ward where he began to receive endof-life care.

The medical team selected a conservative treatment, considering the patient’s condition and after speaking with the cardiology department and with the family. Subcutaneous morphine hydrochloride was administered to alleviate pain and respiratory distress.When it became evident that the patient was deteriorating and had failed to respond to treatment, the patient’s family was informed. With their consent, the patient was sedated. After 8 hours, doctors receive a notification of cardio-respiratory arrest in the patient, leading to acute pulmonary edema refractory to treatment.

Palliative care should be included in the treatment of patients suffering from chronic illnesses with little chance of recovery.

In any chronic disease with no or little chance of cure, palliative care should be part of the treatment process. Palliative care should start prior to end-of-life is reached and patients as well as their families should be involved in planning the treatment [7]. There should be a dialogue with patients regarding the end stage, including a prognosis of the development of the disease and prepation of the patient for the end of life (spiritual, emotional, etc.) In addition, caretakers should be aware of patients’ preferences in terms of health care opions and should prepare them to face the worst-case scenario [8,9].

The most common symptoms and comorbidities among patients with end-stage heart failure include dyspnea, pain, and edema [10,11].

Palliative care for a patient with end-stage heart is designed to control the symptoms and provide emotional and spiritual support for the patient and their family. This requires the combined effort of the interdisciplinary team (doctors, nurses, ward staff, priests, psychologists...)

The following section provides an analysis of the process of palliative care:

Pain and dyspnea control: Morphine hydrochloride is one of the most commonly used painkillers because it is highly effective in treating refractory pain and shortness of breath. Opioids decrease the perception of air shortage, regardless of the underlying pathophysiology [12]. Some studies have shown that low doses of opiats are highly effective in the treatment of dyspnea [7,13,14]. The use of nitrates [15] and loop diuretics [16] has also proved to be effective in the treatment of dyspnea. Benzodiazepines can alleviate the pain of breathlessness [17], Other measures include oxygen therapy [18], comfortable positioning, cool air on the face, providing calm and reassuring company to the patient, as well as music, relaxation techniques, and respiration training. These measures have not shown themselves to be particularly effective [7,19], but they are not discouraged either.

To alleviate gasping, caretakers may raise the head of the bed or lie the patient on their side and instruct them to raise their legs. Decreasing or eliminating any additional food or liquid intake can help to avoid the extraneous accumulation of liquids in the body. The procedure of aspirating secretions is not recommended.

Fostering spiritual well-being: as this is associated with lower levels of anxiety at the end of life [21]. For this reason, it is advisable to take into account patients’ religious needs. Given the condition of the patient in the caseupon entering the emergency room, his family was offered the option ofhaving a priest attend to perform a religious ritual. There is a consensus that end of life caretakers should address the patient and family’s spiritual needs [22], Religious/spiritual beliefs often offer comfort and believe suffering [22-24].

Providing privacy to the patient and their family for the process of saying goodbye: Doctors and nurses should make an effort not to interrupt them unless necessary, but also to communicate that they are available to assist the patient andfamily in any situation that requires their attention. Whenever possible, the patient should be left alone with the family in his or her own room in the ward.

Providing emotional support for the patient and his/her family: Communication is one of the most important aspects of palliative care [9]. Palliative care should include empathetic contact, active listening, and consistent nonverbal communication. It is important to keep in mind that even though the patient is bewildered, disoriented and/or drowsy he or she can still hear, which means that the patientshould be spoken to, asked questions, and informed of any procedure that is going take place, maintaining physical contact (touch) as a primary means of support. The family should be advised not to make inappropriate or offensive comments in the presence of the patient.

Sedation: Once sedation is recommended in the end stage, the survival period of the patient is approximately 48 hours, which according to most studies is similar to the survival period of nonsedated patients. Midazolam is the sedative of choice because of its immediate onset and its short half-life [25-28]. For palliative and terminal sedation, informed consent of the patient is essential if he or she is conscious [29]. Whenever possible, intensity of treatment in case of rapid deterioration should be discussed with the patient before deterioration occurs. This will prevent uncertainty in the end stage and ensures that appropriate measures are taken [7,8].

It is important for the hospital staff in charge of emergency services to know how to respond appropriately to end stage patients and their families.

Palliative care will be administered according to the condition of the patient at the time of entry into the emergency room, which is why it is important to be able to distinguish between the behavior of patients in critical condition and patients in the end-of-life phase.

In any chronic disease with no or little chance of cure, palliative care should be part of the treatment process. It should begin before the end stage and should involve the affected individuals as well as their families.

A systematic and personalized plan will help end stage patients to cope with their situation and improve their quality of life in the final stages, for the sake of the patients as well as their families. 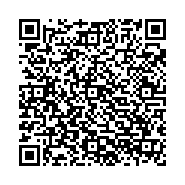