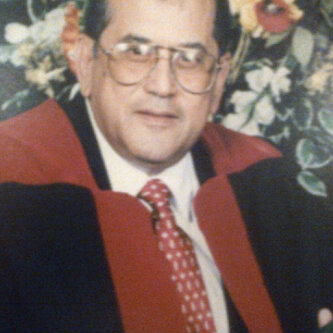 Neuroscience and Psychiatry: Open Access is a peer-reviewed journal aimed at publishing both basic and clinical research in all areas pertaining to neurology, and the pathophysiology and treatment of neuropsychiatric disorders.

The primary focus of the Journal lies in exploring the molecular, genetic, and environmental mechanisms underlying these conditions, dissection of the neural circuits, and achieving a better understanding of the nervous system as a whole. Special emphasis is placed on animal models of neuropsychiatric disorders.

The distinguished scientists in the Editorial Board of the Neuroscience and Psychiatry: Open Access subjects the manuscripts through a vigorous peer-review process to ensure quality and originality. In addition to Research Articles, the Journal also publishes high quality Commentaries, Reviews, and Perspectives aimed at encapsulating the latest knowledge and synthesizing new theories and treatment strategies for the management of neuropsychiatric disorders.

Psychiatry is defined as a branch of medical practice devoted to the diagnosis , prevention, study, and treatment of mental disorders. These include various abnormalities related to mood, behaviour, cognition, and perceptions.

Neuroscience (or neurobiology) is defined as the scientific study of the nervous system. It is a branch of biology deals with the anatomy, biochemistry, molecular biology, and physiology of neurons and neural circuits.

Reductionism is a practice of analysing and describing a complex phenomenon into its simple or fundamental constituents, especially when it is  to provide a sufficient explanation.

Pedagogy is the define as a branch of knowledge that deals with the theory and practice of teaching in psychiatry.

Philosophy of psychology discussed about the theoretical foundations of psychology. Some of these cases concerns about the methodology of Psychological investigation.

Philosophy of science is a sub-division of philosophy deals with the foundations, methods, and implications of science. The central questions of this study concern what qualifies as science, the reliability of scientific theories, and the ultimate purpose of science.

The mind is defined as a set of cognitive faculties that include consciousness, perception, thinking, judgement, and memory. It holds the power of imagination, recognition, and appreciation, and also it is responsible for processing feelings and emotions, resulting in attitudes and actions.

Consciousness is defined as the state or quality of awareness, or, of being aware of an external object or something within oneself. It has been defined variously in terms of sentience, awareness the ability to experience or to feel, wakefulness, having a sense of selfhood or soul and the executive control system of the mind .In contemporary philosophy its definition is often hinted at via the logical possibility of its absence, the philosophical zombie, which is defined as a being whose behaviour and function are identical to one's own yet there is "no-one in there" experiencing it.

The human brain is the central organ of the human nervous system along with the spinal cord makes up the central nervous system. The brain consists of the cerebrum, the brainstem and the cerebellum. It controls most of the activities of the body, processing, integrating, and coordinating the information it receives from the sense organs, and making decisions as to the instructions sent to the rest of the body.

Neuropsychology studies about the structure and function of the brain as they are relate to specific psychological processes and behaviours. It is an experimental field of psychology that aims to understand how behaviour and cognition are influenced by brain functioning and is concerned with the diagnosis and treatment of behavioural and cognitive effects of neurological disorders. Whereas classical neurology focuses on the physiology of the nervous system and classical psychology is largely divorced from it, neuropsychology seeks to discover how the brain correlates with the mind. It thus shares concepts and concerns with neuropsychiatry and with behavioural neurology in general. The term neuropsychology has been applied to lesion studies in humans and animals. It has also been applied to efforts to record electrical activity from individual cells (or groups of cells) in higher primates (including some studies of human patients). It is scientific in its approach, making use of neuroscience, and shares an information processing view of the mind with cognitive psychology and cognitive science.

Plasticity is defined in terms of Biology as the adaptability of an organism to changes in its environment or differences between its various habitats. It is found throughout the nervous system and is the key aspects of development, learning and memory, and repair.

Training is the action of teaching a person or animal a particular skill or type of behaviour. In this type we are analysing about the human brain and behaviour of human

Intervention is defined as the process taken on focusing on the early diagnosis and treatment of all mental health problems and disorders, and the journal promotes the importance of early intervention in psychiatric practice intervention.

Developmental cognitive neuroscience is a scientific field deals with the study of the biological processes and aspects that underlie cognition that focus on the neural connections in the brain which are involved in mental processes.

Psychiatry is defined as a branch of medical practice devoted to the diagnosis , prevention, study, and  treatment of mental disorders. These include various abnormalities related to mood, behaviour, cognition, and perceptions.