There are many Islamic instructions that can prevent and/or treat some ENT–related diseases. The splendor of these instructions is that they are not exclusive for Muslims, on the contrary they can be applied by anyone, Muslim or non-Muslim.

In addition to this vital concept, these instructions have other important criteria:

4) Nearly with no side effects.

These advantages made me anxious and keen to share these knowledge with my ENT colleagues in this important conference, to help them in treating their patients.

Islamic instructions addressed many diseases like sinusitis, obstructive sleep apnea, halitosis and others.

It’s well known that the most important step in the treatment of sinusitis, either medical or even surgical, is the nasal wash. Nasal wash to be effective must be deep and frequent. For this purpose, they invented many pumps (Figure 1) [1,2]. 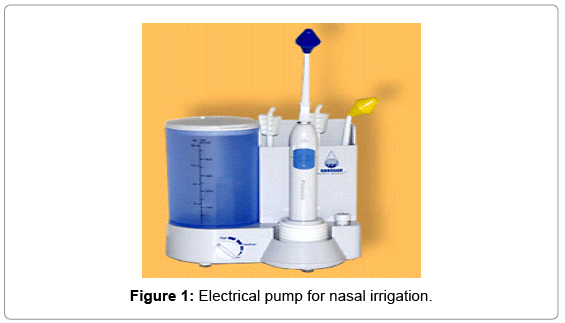 How does Islam treat this problem??

By ablution (Wudoo): It’s just washing with water, by which Muslims clean their organs externally, preparing themselves to pray hoping to be cleaned internally…Islam asks Muslims to do ablution several times through the 24 h.

When Prophet Mohammad, peace is upon him, taught Muslims ablution, he said: “exaggerate in nasal wash till water may reach the nasopharynx, unless you are fasting”

It’s described as intermittent cessation of airflow during sleep that lasts ≥ 10 s. It is very dangerous disease that deprives patient from normal sleep that may lead to daytime somnolence with more liability for car accidents.

According to most recent literatures, the treatment is divided into three categories:

1) Weight loss; by dieting and exercises or by briatric surgery for severe cases [3]. How Does Islam Treat This Problem?

“O children of Adam, take your adornment at every masjid, and

Eat and drink, but be not excessive. Indeed, He likes not those who commit excess.” (31-7)

Narrated and corrected by al-tirmizi.

“We are people who do not eat until being hungry and if we eat we do not eat to the extent of satisfaction,”

“If one of you shelter to his bed, he has to Sleep on his right side, then say: “By Your Name, my Lord I put my side and By Your Name I raise it up, if you hold my soul have mercy on it.”

Halitosis: is bad breath can result from poor dental health habits (Figure 3) and may be a sign of other health problems as sinusitis, caries, smoking and alcohol or as a result of eating some foods like onion or garlic [6]. How does Islam treat this problem?

1) Frequent use of SEWAK (or mistake):

It’s a toothbrush-like tool of plant origin with good flavor and anticaries effects (Figure 4). Its scientific name is Salvadora persica. The World Health Organization (WHO) recommended the use of the miswak in 1986 [7].

In 2003, a scientific study comparing the use of miswak with ordinary toothbrushes concluded that the results clearly were in favor of the users who had been using the miswak, provided they had been given proper instruction in how to use it [8].

The Prophet, peace is upon him, said: “Unless it will be difficult for my people, I’ll order them to use sewak at every prayer”.

Narrated by al bukhari and Muslim

2) Advises Muslims not to eat onion or garlic before meetings.

The Prophet, peace is upon him, said: “Whoever eats garlic or onion he must avoid us or avoid our mosque, and stay in his home” Narrated by al bukhari 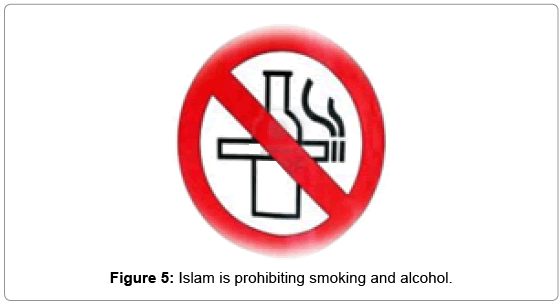 “Ye who believe: intoxicants and gambling, (dedication of) stones, and (divination by) arrows, are an abomination, of Satan’s handiwork: eschew such (abomination), that ye may prosper.” (5-90)

If this is true…Why many Muslims suffer from these diseases?

This is because not all Muslims follow strictly these instructions.

On the contrary, if non-Muslims follow these instructions they will not only cure from these diseases but get protected also.

To summarize these details, the Islamic instructions related to:

3) Halitosis: Frequent use of sewak and mouth rinsing during wudoo together with prohibiting smoking and alcohol and avoidance of eating garlic or onion before meetings.

Although the effects of these instructions were fully investigated, this is an open invitation for both supporters and opponents to do more and more scientific researches, because these which will be done by the supporters will verify and ensure the effectiveness of these Islamic instructions. While those which will be done by the opponents will avoid religious bias which we may be accused.

Muslims or Non-Muslims, if they did not follow these instructions, they must blame no one except themselves.

Muslims or Non-Muslims, if they follow these instructions strictly, they will gain, much more than they expect…I promise.

Copyright: © 2016 Elmashad HB. This is an open-access article distributed under the terms of the Creative Commons Attribution License, which permits unrestricted use, distribution, and reproduction in any medium, provided the original author and source are credited.