In this study, the fatty acids composition and the related health lipid indices (IA, atherogenic and IT thrombogenic)
of Orange fin pony fish (Leiognathusbindus) and sulphur goatfishes (Upeneussulphureus) were studied in fall and spring in Mahshahr port in south of Iran. Fatty acids were analyzed by Gas Chromatograph (FID). The fatty acid composition of Leiognathusbindus and Upeneussulphureus showed a relevant proportion (26.95% and 25.34% respectively) of poly-unsaturated fatty acids (PUFAs) with a prevalence of the n – 3 series. The IA and IT indices resulted comparable in spring and fall. The ratio of W3/W6 was different in fall and spring for both species.

Recently great interest has been devoted to the study of the lipid composition of fish and fish products which are recognized as important sources of n-3 fatty acids. In fact a wide class of health beneficial fatty acids characterizes their nutritional value and their therapeutic effects are raising the commercial interest of this food mainly for its high content of healthy fatty acids [1,2].

The lipid content of fish is highly variable between and within species. Many factors appear to contribute to this variability, including food availability; catch location, fish size, and maturity stage, biological variations, sampled tissue, ration size and starvation [4].

In this study we selected two marine fish; goat fish and pony fish because they are trash fish in our trawlers and the world total catch of them is 31757 and 217506 ton respectively [5]. They were distributed in many country and those species commonly used as Surimi raw materials, their production trends and their abundance in the Southeast Asian waters were identified [6] Even though these species have less demand in fresh condition, there is considerable market for dry fish and also as fishmeal especially in poultry industry. Upeneussulphureus (sulphur goatfishes) is from Mullidae family in the order Perciformes [7] that distributed from Red Sea, Persian Gulf, Madagascar, Seychelles, Réunion, Pakistan, India, Sri Lanka, Andaman Sea, Indonesia, New Guinea, Fiji, New Caledonia, Philippines and southern Japan [8].

Leiognathusbindus (Orange fin pony fish) known as slip mouths or slimy are a small family, Leiognathidae, of fishes in the order Perciformes [9]. They reported in the Red Sea (Port Sudan), Persian Gulf, coasts of India and Sri Lanka, and elsewhere in the eastern Indian Ocean; eastward to the western Central Pacific [5].

Fishery, distribution, biology and population dynamics of them have been studied in detail [10-20]. Since no detailed information is available on fatty acid profile from these species so the objective of this study was to determine fatty acid profiles goatfish and pony fish and to compare their nutritional content in fall and spring season in Mahshahr port.

Goat fiah and pony fish were obtained from Fishermen at Mahshahr port randomly in spring and fall season. Number of fish was 30 from each species. The fish were caught the night before the procedure, kept in ice and transferred to the laboratory for analyses. The fishes were weighed, deheaded, eviscerated and cleaned prior to freezing. In an attempt to obtain a homogeneous sample from each species, their flesh were removed from their backbones, minced, blended and immediately extracted. The mean weights and total length of the fishes were: 78.25 g and 17 cm for goat fish and 13.25 g and 6.5 cm for pony fish.

Lipid extractions were performed on minced fish samples (25 g each) using the extraction methods and chloroform-methanol. Methylene chloride (100 μL) and 1 mL 0.5 M NaOH in methanol were added to oil extracts in a test-tube and heated in a water bath at 90°C for 10 min. The test tubes were removed from the water bath and allowed to cool before addition of 1 mL 14% BF3 in methanol. The test tubes are heated again in a water bath for 90°C for 10 min, and cooled to room temperature. One mL distilled water and 200-500 μL hexane was added to the test tubes and then FAME was extracted by vigorous shaking for about 1 min. Following centrifugation, the top layer was transferred into a sample bottle for GC analysis [21].

Fatty acid analyses were carried out using the IUPAC II.D.19 method. Fatty acids were analyzed using a HP Agilent 5890 system Gas Chromatograph equipped with SP-2330 and a flame ionization detector (FID). Separation of fatty acid methyl esters was achieved by using fused silica capillary column (30 m×0.25 mm×0.20 μm film thickness). The oven temperature was set at 120°C for 2 min then reached to 220°C with a ramp rate of 5°C/min, and then held for 15 min. The injector and detector temperatures were maintained at 155°C and 260°C, respectively. The carrier gas was helium 10 psi with a split ratio of 1/50. The air and hydrogen of pressure were 338 ml/min and 45 ml/min respectively. Results were expressed as the percentage of each fatty acid with respect to the total fatty acids [22,23].

The saturated/unsaturated fatty acids (SFA/UFA) ratios were calculated including trans fatty acids in the UFA group. The atherogenicity (AI) and thrombogenicity (TI) indices were also calculated according to the following equations [24].

From the data on the fatty-acid composition, the following were calculated:

1) Index of atherogenicity (IA): indicating the relationship between the sum of the main saturated fatty ac-ids and that of the main classes of unsaturated, the former being considered pro-atherogenic (favoring the adhesion of lipids to cells of the immunological and circulatory system), and the latter anti atherogenic (inhibiting the aggregation of plaque and diminishing the levels of esterified fatty acid, cholesterol, and phospholipids, there- by preventing the appearance of micro- and macro- coronary diseases).

2) Index of thrombogenicity (IT): showing the tendency to form clots in the blood vessels. This is defined as the relationship between the pro-thrombogenetic (saturated) and the anti-thrombogenetic fatty acids (MU-FAs, PUFAs – n6 and PUFAs – n3) [1,23].

The following equation was applied:

Data were subjected to analysis of variance (ANOVA) and mean comparison was carried out using Duncan’s test. Statistical analysis was performed with SPSS. Significance was established at P<0.05. 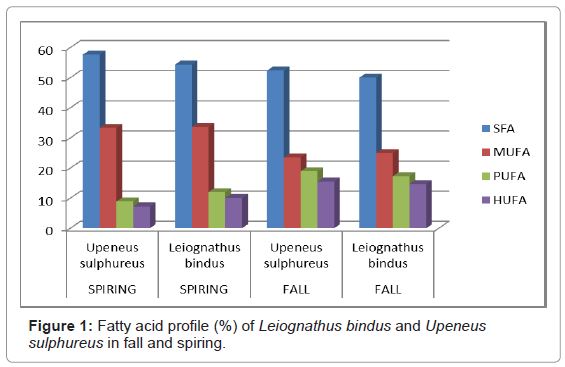 Table 2: IA and IT indices of Leiognathus bindus and Upeneus sulphureus in fall and spring. 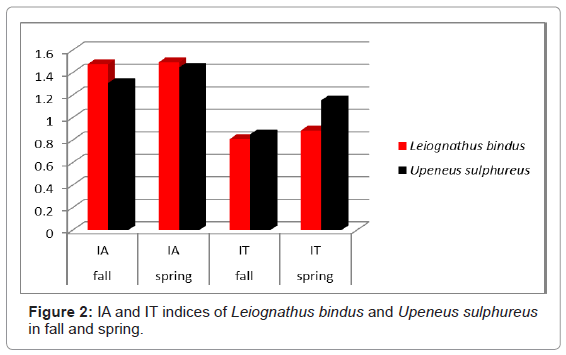 Figure 2: IA and IT indices of Leiognathus bindus and Upeneus sulphureus in fall and spring.

Fish consumption is increasingly recommended by health authorities, not only for its high-quality protein content, but also for being a source of fatty acids considered highly beneficial for human health (n3 and n6). Therefore, it is not surprising that there is higher demand for fish with a growing concern for the health aspects of the diet [25].

The AI and IT values obtained are higher than those reported for reared and wild sharp snout sea bream, Diploduspuntazzo [4].

In view of the tissue fatty acid composition, depending on the time of the year or the season, reared fish could be more suitable than wild fish for human consumption.