Copyright: © 2016 Kawashima TK. This is an open-access article distributed under the terms of the Creative Commons Attribution License, which permits unrestricted use, distribution, and reproduction in any medium, provided the original author and source are credited.

Objective: To overview frequent ethical issues arising in clinical setting and the role of hospital ethics committees (HECs) from a national survey in Japan.

Results: Among 1,555 hospitals responding to the survey, the most frequent ethical issue likely to arise in practice was end-of-life care (n = 1,022). A total of 787 hospitals (51.1%) reported that they already had an ethics committee in place and 259 hospitals (16.8%) were planning to establish HECs. Of existing HECs, 42% were engaged in consultation or advice regarding clinical aspects other than clinical research ethics. Measures to provide support for ethical issues in the clinical setting were “advice from hospital ethics committee” (38%), “documentation or guidelines” (26%), “telephone consultation with experts” (11%), and “staff education” (18%). Twenty-five percent of participating hospitals had no specific support for clinical ethics. The HEC members were composed mainly of medical professionals, with only 14% of HECs having ethicists on their panels. The meeting records of HECs were not often disclosed (fully disclosed 23%, partially disclosed 26%).

Conclusion: The most frequent ethical issue in practice was end-of-life care among responded hospitals, however, the role of HECs was not clearly separated from that of Institutional Review Board.

The role of hospital ethics committees (HECs) has been discussed since the 1980s, and the development of a clinical ethics network has been reported [1-3]. An official mandatory survey by the Ministry of Health, Labour and Welfare, National Survey of Medical Care Institutions conducted in Japan in 2005, reported that 29.5% of hospitals had established HECs [4]. The role of HECs has been to deliberate ethical problems in clinical research or to approve advanced medical technology. It has been recognized that ethical guidelines related to medical research and advanced medical treatment were issued and revised by the ministry in the early 2000s in Japan [5-7]. However, several end-of-life cases were reported in the media and questions were raised by police regarding the alleged withdrawal of mechanical ventilation by medical doctors in hospitals [8-10].

This study has been conducted in the process for establishing national guideline of end of life decision making in Japan to uncover the situations in general hospitals by identifying frequent ethical issues arising in clinical setting and the role of hospital ethics committees (HECs) in clinical practice.

The overall response rate was 32.2% (1,542 hospitals). The issue of end-of-life care (n = 1,022) was most largely discussed among participating hospitals. The three topics most frequently discussed by HECs depend on the bed-size of the hospitals as it was listed in Table 1. The issue of clinical research, including clinical trials, was ranked as the most frequent issue (n = 597; 39%), followed by end-of-life care (n = 448; 29%) and patients in a permanent vegetative state (n = 162; 11%).

The composition of HEC members according to bed size is depicted in Figure 1. The HECs consisted of physicians (98.9%), nurses (92.0%), other health professionals (72.3%), jurists, including lawyers (37.7%), ethicists (12.6%), external knowledgeable persons (51.1%), representatives from patient groups/patients (3.0%), and patients and families (including bereaved families) (1.4%). Others included Buddhist monks and chaplains. Larger hospitals had more lawyers, knowledgeable external persons and ethicists as committee members. The involvement of ethicists was relatively low (< 10%) among the hospitals with fewer than 300 beds. 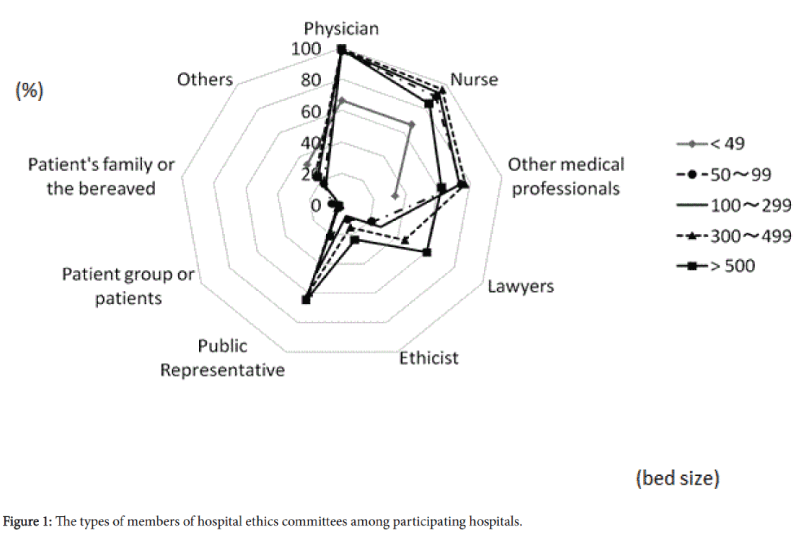 Figure 1: The types of members of hospital ethics committees among participating hospitals.

Among participating hospitals, 787 (51.1%) reported that they already had an ethics committee in place; 259 hospitals (16.8%) were planning to set up a committee in the near future. The number of established HECs among participating hospitals according to bed size is shown in Figure 2. HECs had been set up earlier in larger hospitals (i.e, those with more than 500 beds), and the total number increased remarkably from late 1990s. Figure 2: The number of newly established ethics committees since 1965 among participating hospitals according to bed size. Figure 3: The percentage of existing hospitals with ethics committees (HECs) and the requested advice on clinical ethics according to bed number.

The larger hospitals had more HECs and had more frequent requests on clinical ethics. With regard to disclosure of the results of HEC meetings, the meeting records of HECs were fully disclosed (23% of respondents), partially disclosed (26%), or kept in confidence (51%).

In Table 2, several different types of support for health professionals to deal with ethical issues in clinical settings were raised in the participating hospitals, such as ‘set up an ethics committee’ (38.4%), ‘documentation of guidelines’ (17.5%), ‘telephone consultation with experts’ (10.4%), and ‘staff education’ (18.1%).

Table 2: Types of formal support on ethical issues in clinical practice provided by each hospital.

Twenty-five percent of participating hospitals had no specific support for health professionals. The predicted frequencies of requests to HECs for advice on ethical issues related to clinical practice—

Twenty-six percent answered that it is not sufficient to discuss only between health professionals whether decision making at end of life can be made only by health professionals. Of all respondents, 52% expected advice from ethicists, 35% from jurists/legal professionals, 36% from lawyers and others, including 11.2% from chaplains and Buddhist monks. As for characteristics of participating hospitals, almost half held 100-200 beds (48.2%). The composition of participating hospitals by bed size was almost same as that sampled in official mandatory survey by the Ministry of Health, Labour and Welfare, National Survey of Medical Care Institutions. Of hospitals with more than 300 beds, 70% had an average length of stay from 10 to 20 days, which means their practice is mainly acute care with some care-mixed beds for longer hospitalization. The percentage of patients with end-of-life care among all inpatients ranged from approximately 10% to 20% in most participating hospitals. Only 18 hospitals with more than 30% of their patients being at end of life are thought to have beds for hospice or long-term care (not mentioned in the questionnaire).

There have been reports on the types of HECs and the development of clinical ethics consultations [2,3,13]. From this study, it was indicated that the number of ethics committees increased since the late 1990s in Japan. The initial role of HECs might have been in the deliberation of research ethics reflected by the announcement of several official notices and guidelines issued by the Ministry of Health and Welfare (MHLW). For example, in 1998, the first official notice dealing with research using human tissues after surgical treatment was released, followed in 2001 by the release of guidelines related to public health alerts on infections caused by heterogeneous transplantation [5,14]. Ethical guidelines for epidemiological research were also prepared in the late 1990s and finalized in 2002. Consecutively, ethical guidelines on clinical research (including clinical trials) were issued in 2003 [6,7] Therefore, hospitals participating in clinical research were eligible to have HECs serve as the institutional review board (IRB), particularly in larger hospitals.

Our finding regarding the number of increased HECs was similar to the results of a previous study reported by Akabayashi et al. indicating a significant increase in ethics committees in medical organizations between 1998 (25.6%) and 2003 (50.0%) [15]. It can be assumed that the number of HECs in the mandatory survey would reflect only the HECs mainly dealing with medical research, whereas the remaining HECs established according to their own needs related to clinical ethics would not be counted in the official survey. The higher number of HECs in the present study appears to reflect the real situation in the clinical setting, in which a number of cases of ethical dilemmas would be discussed. Although this study had the limitation of a relatively low response rate, most of HECs in Japan appear to comprise mixed committees involved in discussion of both research ethics and clinical ethics.

There is a shortage of HECs dealing with clinical ethics in Japan. Another survey conducted in 2007 indicated that very few HECs of university hospitals dealt with clinical issues [16]. They stated that of 76 university hospitals and research institutes, only six institutes had dealt with withdrawal of life-sustaining treatment, and only eight institutes had discussed decision making in the treatment of incompetent persons or those in a vegetative state. Fukatsu et al. also reported that fewer hospital ethics committees were established among hospitals with smaller beds in Japan [17]. In this study, it was revealed that even smaller hospitals with fewer than 100 beds have been also establishing HECs, although the number of such hospitals was very small.

As for the topic likely to be discussed in HECs, more than half of the hospitals participating in this study responded that the most frequent ethical issues was related to end of life. In anticipation of this situation, the Japanese MHLW in 2007 announced guidelines for health professionals to support end-of-life decision making [18]. The guidelines stipulate the need for better communication with patients and their families and for establishment of a committee comprising multiple professionals. This committee shall deal with decision making when there is no agreement among the patient, health professionals, and family members. The guideline does not clearly state the composition of the committee members nor does it indicate the appropriate experts who should participate, such as ethicists, but ethics committees certainly could play an important role. In several years from establishing this guideline, recent national survey reported that only 26.4% of hospitals and 11.6% of long term care facilities have ethical committees dealing with end of life decision making [19]. It also shows that only 19.7% of physicians and 16.7% of nurses actually used this guideline and 33.8% of physicians and 41.4% of nurses did not recognize the guideline itself. It also indicated that 57.0% of physicians, 60.6% of nurses, and 57.5% of co-medical worker engaged in long term care pointed out the lack of system for consulting ethical issues in clinical setting.

The second most frequent type of ethical issues in clinical setting was that relating to patients in a persistent vegetative state. This issue however should involve discussion in each case, for there is no agreement for withdrawing life-sustaining treatment without patient’s advance directive in Japan. These two topics, end-of-life issues and persistent vegetative state, are frequently discussed in small- or medium-sized hospitals, which are community hospitals rather than university or institute-liaison large hospitals. Nonetheless, these hospitals have in less frequent consultation with ethicists or public representatives. The clinical ethics networks should be established and strengthened to support such hospitals.

The percentage of HECs that had received requests for advice on ethical issues in clinical practice was almost the same as that found in a similar study in the United Kingdom (38% vs. 42%, respectively) [20]. Formal ethics consultation services in university teaching hospitals and consultation in community hospitals have been already reported in the United States [21,22]. It appears there are similar situations for developing clinical ethics supporting services in the United Kingdom and in European countries [23,24]. Similarly, in Japan, small clinical ethics consultation team programs have been initiated [25]. This suggests that there is a need in each country to provide support for people who need to discuss clinical ethics in hospitals according to their own health system.

A steady increase in the number of established HECs has occurred in Japan since 1996, despite the relatively unchanged size of hospitals. The most frequent ethical issue in practice was end-of-life care among responded hospitals, however, the role of HECs was not clearly separated from that of Institutional Review Board.

This study was supported by a Grant-in-Aid for Research on Patient Safety, Policy Planning and Evaluation (H17-19) from the Ministry of Health, Labour and Welfare, Japan. I appreciate Dr. Kenji Hayashi, the research representative and former Director of National Institute of Public Health, for his leadership. We are grateful to Prof. Tony Hope and Dr. Anne Slowther of Ethox Centre, UK, for practical advice during the survey.