Impact of Climate Change on Air and Water Borne Diseases

Copyright: © 2013 Mansour SA. This is an open-access article distributed under the terms of the Creative Commons Attribution License, which permits unrestricted use, distribution, and reproduction in any medium, provided the original author and source are credited.

Over the last 50 years, human activities-particularly the burning of fossil fuels-have released sufficient quantities of carbon dioxide and other greenhouse gases to trap additional heat in the lower atmosphere and affect the global climate. In the last 100 years, the world has warmed by approximately 0.75°C. Over the last 25 years, the rate of global warming has accelerated, at over 0.18°C per decade [1]. Sea levels are rising, glaciers are melting and precipitation patterns are changing. Extreme weather events are becoming more intense and frequent.

Although global warming may bring some localized benefits, such as fewer winter deaths in temperate climates and increased food production in certain areas, the overall health effects of a changing climate are likely to be overwhelmingly negative. Climate change affects social and environmental determinants of health-clean air, safe drinking water, sufficient food and secure shelter [2,3].

Waterborne illness results when pathogens enter the water supply without detection and are then consumed, either directly through drinking water or indirectly from contaminated food, by unsuspecting humans. Waterborne diseases are caused by a variety of microorganisms, biotoxins, and toxic contaminants, which lead to devastating illnesses such as cholera, schistosomiasis and other gastrointestinal problems [4]. Outbreaks of waterborne diseases often occur after a severe precipitation event (rainfall, snowfall). Because climate change increases the severity and frequency of some major precipitation events, communitiesespecially in the developing world could be faced with elevated disease burden from waterborne diseases. In addition, diseases caused by Vibrio bacteria such as cholera and other intestinal diseases may pose a greater threat due to the effect that rising sea temperatures will have on the growth and spread of bacteria. Climate change is likely to increase diarrheal disease incidence worldwide, and extreme weather conditions may also complicate already-inadequate prevention efforts [5,6].

Changes in climate are likely to lengthen the transmission seasons of important vector-borne diseases and to alter their geographic range. For example, climate change is projected to widen significantly the area of China where the snail-borne disease schistosomiasis occurs. Schistosomiasis, a parasitic disease transmitted by aquatic snails, also seems to be affected by climate. In China, the latitudinal threshold beyond which temperatures were too cold for the snail to live have moved northwards, putting nearly 21 million more people at risk of the disease [6].

Mosquitoes are responsible for the biological transmission of several diseases like filariasis, dengue fever, Japanese encephalitis, and malaria. Despite an array of control measures taken to suppress mosquito populations, they continue to flourish and contribute to high human mortalities, particularly in developing countries. Malaria kills almost 1 million people every year – mainly African children under five years old. It had been reported that the mosquito, Anopheles gambia causes killing of one child every 30 seconds in Sub-Saharan Africa (e.g., Benin, Eritrea, Madagascar, Mali, Mozambique, Namibia, Senegal, South Africa, Togo, Zambia); a matter which led the WHO to permit the reuse of DDT since September 2006 to combat malaria and other vector borne diseases in these countries [7]. Mosquitoes are strongly influenced by climate variables, such as temperature and availability of brackish water. Studies suggest that climate change could expose an additional 2 billion people to dengue transmission by the 2080s [8].

Vector Borne and Zoonotic Diseases (VBZD), such as malaria and Avian Flu, are infectious diseases whose transmission to humans involves vertebrate and invertebrate animal hosts. Many VBZD are climate sensitive and ecological shifts associated with climate change are expected to impact the distribution and incidences of these diseases. Changes in temperature and precipitation directly affect VBZD through pathogen-host interaction, and indirectly through ecosystem changes and species composition. For instance, an increase in temperature and precipitation can alter predator-prey relationships and increases the population of vectors where they normally live [5,6,9].

The spread of other vector-borne diseases could also increase. The cholera bacteria Vibrio cholerae can live on some species of plankton. Warmer sea temperatures mean more plankton blooms, which could mean the cholera bacteria flourishes, spreading to populations on the warm coasts of countries [10].

Airborne diseases are those diseases which are caused by pathogenic microbial agents which get discharged through coughing, sneezing, laughing or through close personal contact. These pathogens ride on either dust particles or small respiratory droplets and can stay suspended in air and or are travelling distances on air currents. Infectious diseases spread by “droplet infection” have long been one of the most deadly branches of disease. It has been calculated that about half of all episodes of human illness are caused by respiratory viruses. Most of these are of course quite trivial infections like the most frequent of them all, the common cold. Airborne diseases are being about twice as significant as water and food-borne diseases. “Droplet infection” continues as by far the commonest and most important in civilized countries. Add to colds and Flu the fact that most of the generalized infections of childhood such as measles, chickenpox, mumps and rubella are also spread by the respiratory route and it becomes clear that, in advanced countries, droplet infection is much the most important route by which infectious diseases spread [11].

Climate change is expected to affect air quality through several pathways, including production and allergenicity of allergens and increase regional concentrations of ozone, fine particles, and dust. Some of these pollutants can directly cause respiratory disease or exacerbate existing conditions in susceptible populations, such as children or the elderly [11].

Who is at Risk and Ways of Mitigation?

All populations will be affected by climate change, but some are more vulnerable than others. People living in small island developing states and other coastal regions, megacities, and mountainous and polar regions are particularly vulnerable. Children-in particular, children living in poor countries-are among the most vulnerable to the resulting health risks and will be exposed longer to the health consequences. The health effects are also expected to be more severe for elderly people and people with infirmities or pre-existing medical conditions. Areas with weak health infrastructure-mostly in developing countries-will be the least able to cope without assistance to prepare and respond [12].

A WHO feasibility analysis for creating prediction systems calls for health policymakers’ involvement at the earliest stages, because even the best early warning systems will be worth little if operational responsibilities aren’t clearly delineated and agreed from the beginning [13].

In 2009, the World Health Assembly endorsed a new WHO work plan on climate change and health [14]. This includes:

• Advocacy: to raise awareness that climate change is a fundamental threat to human health.

• Partnerships: to coordinate with partner agencies within the UN system, and ensure that health is properly represented in the climate change agenda.

• Science and evidence: to coordinate reviews of the scientific evidence on the links between climate change and health, and develop a global research agenda. 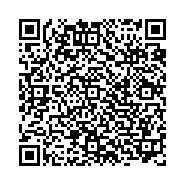