Copyright: © 2016, Chandran R, et al. This is an open-access article distributed under the terms of the Creative Commons Attribution License, which permits unrestricted use, distribution, and reproduction in any medium, provided the original author and source are credited.

Yoga is an ancient science. Patanjali, the father of modern yoga defined yoga as Yogas chittah vritti nirodaha || 2 || which means –yoga is the removal of the Fluctuations of the mind”. Chitta is mind, Vrittis are thought & nirodah is removal. Yoga is a physical, mental & spiritual practise or discipline which originated in india. Before practicing yoga, it is essential to practice shuddhi karmas [1].

With the ever increasing incidence of respiratory illness such as asthma, allergies, hayfever, sinusitis, colds, influenzas, etc, the practice of Jalaneti could serve as a panacea for helping to improve the lives of many people. Rhinoviruses are the predominant cause of common cold in humans & primary cause of sore throat, running nose, and nasal congestion, sneezing, cough & sometimes muscle aches, fatigue, headache & muscle weakness. Rhinovirus infection proliferates in temperatures between 33–35°c. This temperature is found in the nose [2,3]. Rhinoviruses preferentially replicates at 32°c (89° F) and is opposed to 37°C (98°C) It thus infect upper respiratory tract where respiratory airflow is in continual contact to colder extra somatic environment (Figure 1). Figure 1: Jala Neti is a technique of cleansing your sinuses.

How to practice Neti?

There are 6 practices for cleansing the body. These are called shat karmas

It is done using a net pot. It has a long spout on one side. It has to be filled with lukewarm salt water. Then the spout is to be inserted in one nostril. Bend the head to the other side. Open your mouth widely. Breathing is to be done with the mouth during this procedure. Then let the lukewarm salt water in to the nasal cavity which will come out of the other nostril [4,5].

Precaution is to be taken not to inhale through nose during this procedure. Boiled and cooled water should be preferred over ordinary tap water as ordinary tap water is not safe and additionally can be uncomfortable because it irritates the mucous membranes.

Jalaneti is feared to be as a complicated yoga, but in reality it is too simple & has no complications or side effects.

Neti removes all the dirt and bacteria filled mucous from within the nose. It is also beneficial for illness such as asthma and bronchitis as it reduces the tendency of mouth breathing by freeing the nostrils of mucous. Neti improves sensitivity of the olfactory nerves, helping to restore lost sense of smell, and thereby benefits the relationship with taste and the digestive process. Since we use lukewarm water in Neti procedure, the increased temperature will inhibit replication of rhinovirus since the virus can replicate above temperature 37°C. The lukewarm water will irrigate nasal passages & create a correct flow pressure & will cause shedding of virus.

It is a best procedure for those suffering from common cold, allergic rhinitis & sinusitis. Yoga can solve almost all small health problems. One need to believe, try & set an example.

Persons who suffer from chronic bleeding of the nose should not do neti without expert advice.

Water is not too hot or too cold when you introduce it into the nostrils. Do not breathe in and out too deeply when removing the moisture from the nose. Also, when your sinuses are blocked with mucus, be careful not to blow your nose hard. It is very easy to push the mucus further into the cavities. Ensure that the salt fully dissolves in the water before pouring it into your nose.

Be careful to hold the head correctly and not to hold the neti pot too low. In order for the water to flow into one nostril and out the other, the water level in the pot must be higher than the region at the back of the nose, where the two nostrils merge with each other. If you tilt your head too much then the water will go down your throat instead of the other nostril. If you tilt the pot too much the water will merely overflow out of the pot. You must adjust the position of your head and the pot so that they are at correct levels.

If there is a slight burning sensation in the nose during your first attempt with salt water, don’t worry. This will disappear as your nose tissue becomes accustomed to contact with water.

Neti is a non-invasive technique which can be performed as early intervention to prevent future risk of Allergic rhinitis, common cold & Sinusitis. 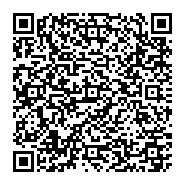