Malaria among the Geriatric Population in Parts of South-Eastern Nigeria: Prevalence, Complications and Co-morbidity with Non-communicable Diseases

This study was done to ascertain malaria prevalence, its complications and co-morbidity with non-communicable diseases among the geriatric population in parts of South-Eastern, Nigeria. Ninety two (92) consenting subjects between the ages of 50 and 80 years were recruited in Ihiagwa, South-Eastern Nigeria for the study. Blood samples collected from them were Giemsa stained and examined microscopically for malaria parasites. Clinical examination in addition to health facility records analysis were done to determine malaria signs and symptoms, complications and co-morbidity with non-communicable diseases. There was high malaria prevalence among study subjects. Respiratory involvement (28.2%) was the major complication associated with it while Diabetes Mellitus (44.5%) was found to be the most co-morbid non-communicable disease. The older adults should be adequately included in malaria control programs. Further investigations into the pattern, dynamics and factors relating to malaria co morbidity with non communicable diseases among this age group should be given urgent attention.

Malaria occurs almost exclusively in the tropics and subtropics and approximately 40% of the world’s population, mostly those living in the world’s poorest countries, are at risk of malaria. Every year, more than 500 million people become severely ill with malaria – most cases and deaths occur within sub-Saharan Africa [1].

The world health organization and the World bank ranked malaria as the largest single component of the disease burden in Africa, causing an annual loss of 35 million future life years from disability and premature mortality [1,2]. In Africa, malaria is responsible for about 20-30% of hospital admissions and about 30-50% of outpatient consultations [3].

Malaria is a major cause of morbidity and mortality in Nigeria. It is endemic throughout the country with seasonal variations in different zones of the country. At least 100% of the population suffers from one episode of malaria each year; it is also the commonest cause of outpatient hospital attendance [4].

Although evidence suggests that clinical immunity to malaria develops after exposure to parasites as one progresses in age, this immunity is only partial and may be influenced by some variations such as variations in endemicity [5,6]. Secondly, there is increased advocacy for malaria prevention strategies such as the use of Insecticide Treated Bed Nets and Indoor Residual Spraying etc. However, where these strategies are not well managed, factors that result in development of partial immunity may not be adequate enough to guarantee such immunity.

Furthermore, the recent upsurge in the prevalence and burden of non-communicable diseases in infectious disease endemic areas may be a threat to the integrity and sustenance of such partial immunity especially in the older age categories [7,8].

Evidence suggests also that some of the non-communicable diseases may exert reasonable impact on a person's immunity [9]. If so, this phenomenon may lead to compromise of partial immunity such as that acquired due to frequent exposure to an infectious disease agent like the malaria. These are therefore likely to put older people at risk of unexpected clinical burden of the illness with attendant morbidity and complications.

The public health burden and clinical implications of co morbidity of infectious and non-communicable diseases in infectious disease endemic areas should be a major cause for concern. Since Malaria is the most prevalent infectious disease in endemic areas, it is necessary that its dynamics among older adults especially with regards to the factors stated be reassessed. This will aid in ascertaining the true situation and ensure adequate as well as timely accommodation of people of this age group in malaria management and control programs.

This is very important so as not to shift the burden of the disease from paediatrics and pregnant women to the geriatric population. Again, the economic implications of this illness on the older adults would generally reflect on the economy of families, communities and malaria endemic Nations and should therefore be considered.

This study investigated the malaria prevalence, complications and co morbidity with non communicable diseases among the geriatric population in Ihiagwa, South-Eastern Nigeria.

This study was carried out in Ihiagwa community health center, Imo State, South-Eastern Nigeria. The Area lies on Latitude 5.24N and Longitude 7.00E, has a total population of about 101,754 people as of the 2006 census and covers an area of 297 square kilometers.

It is located in the tropical rain forest with climatic and environmental conditions that support malaria endemicity. The target study populations were those above 50 years of age that presented at the health center. The subjects were recruited by simple balloting each day until the target population of 100 subjects was reached.

However in the course of the study 5 subjects died and 3 opted out leaving us with 92 subjects for the study. The course of death of the subjects were associated with complications arising from the ailments the presented with in the health facility.

Blood samples were collected from finger prick of each consenting subject. Thick and thin smears were immediately made on clean grease free slide and stained with 5 % Giemsa. The stained slides were taken to the Federal Medical Centre (FMC), Owerri, South Easten Nigeria where Parasitological examinations were made independently by two microscopists, with discrepancies resolved by a third reader.

A slide was declared negative if parasites were absent after examining 200 high power fields. Parasite density was quantified against 200 leukocytes on an assumed leukocyte count of 8000 per μL of blood.

Clinical examination by an experienced clinician and health records analysis were done to ascertain signs, symptoms and complications associated with malaria as well as other reported non-communicable diseases.

Data was analysed with descriptive statistics in the Statistical Package for Social Sciences (SPSS).

The study protocol and instruments were approved by the ethical committee of the Department of Public Health Technology, Federal University of Technology, Owerri, Nigeria.

Informed oral consent was sought and obtained from study participants after the objectives and purpose of the study were clearly explained to them.

The limitation of this study was in recruiting more patients as the health facility was a small one that just served the community.

Furthermore it was a bit difficult to convince the patients to enroll in the study as some of them were skeptical.

Table 1: Socio-demographic characteristics of the respondents.

Age and gender distribution of malaria infections is depicted in (Table 2).

Age and gender distribution of malaria parasite intensity is shown in Table 3.

This study has shown a high prevalence of malaria among the geriatrics, in South- Eastern, Nigeria. The prevalence was high among both sexes and across all the age groups with slightly higher infections observed among women and those between 61-70 years. Malaria in the study area is hyper endemic, with all year round transmission [10]. Most malaria management and control programmes are concentrated on under five children and pregnant women [11,12]. This has also made the older populations to care less about the illness since it is not generally considered as serious. Albeit, everyone is equally exposed to transmission through the bite of the mosquito vector, but in situations where people in the older populations do not make efforts at prevention as is done in younger children, prevalence is expected to be high. In general therefore, gender infection of malaria also reflects access of mosquito to the people as well as the failure of vulnerable populations to use proven and effective interventions for prevention, control and treatment [13]. The mistake is that the geriatric population in malaria endemic areas are not seriously considered to be vulnerable to the disease.

As people enter old ages it seems their health and self-definitions of old age becomes decreasingly multifaceted and increasingly related to health status [14]. Therefore a lot of changes begin to set in that may make them vulnerable to complications or more severe outcomes of infectious diseases. It is evident in this study that malaria infections were associated with complications such as cerebral involvement, renal involvement and Anaemia. Previous studies have also reported similar complications among people of older age groups [15,16]. Respiratory disorder has also been associated with malaria in older people [17]. In most malaria endemic areas, such complications are not regarded to be as a result of malaria infections; therefore their aetiologies are relatively unknown. But it is important to note that high parasite intensity could lead to degradation of the haemoglobin which that could lead to anaemia. Sequestration could also result in cerebral and respiratory damages. One of the reasons why older people are not particularly thought to be vulnerable to malaria complications is because it is believed that as one advances in age, partial immunity is developed against malaria. However, it is known that immune response to malaria comes along with products like cytokines involved in its pathology [18]. Furthermore the increased hormonal activities in these age groups may also be involved in severe malaria outcomes [19].

Malaria remains a major public health problem in endemic areas and exposure to it is not limited to under-fives and pregnant women alone. In fact due to neglect, the elderly ones are even more exposed now. The older adults undergo physiological changes that may make them very susceptible to malaria complications. Increased intensity of the disease may also make them susceptible to non-communicable diseases. People in these age groups play very important roles in the family and economy of developing countries of which many are malaria endemic. Frequent malaria illness among them will also hinder them from playing their roles in the family and economic development of their societies. It is therefore important that malaria control programmes should be all inclusive, embracing all age categories including the older adults. Serious attention should be paid on the aetiologies of non-communicable diseases in infectious disease endemic areas, in order to ascertain possible relationships between them.

Copyright: © 2016 Chukwuocha UM, et al. This is an open-access article distributed under the terms of the Creative Commons Attribution License, which permits unrestricted use, distribution, and reproduction in any medium, provided the original author and source are credited. 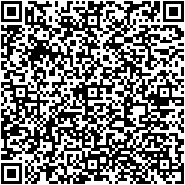