Copyright: © 2015 Onuma K, et al. This is an open-access article distributed under the terms of the Creative Commons Attribution License, which permits unrestricted use, distribution, and reproduction in any medium, provided the original author and source are credited.

Phase transformation of calcium phosphates from amorphous to crystalline phases around neutral pH proceeds via direct structure conversion using non-ionic elementary units. This transformation inevitably forms metastable intermediate-structured phase(s) between the two end phases. In addition to conventional calcium phosphate phases appearing in the transformation, new unknown phases were observed. They did not correspond to simply poor crystalline materials of conventional phases and instead had particular structures. One was pseudo-OCP, which lacked the HPO4-OH layers in the conventional OCP structure.

Calcium phosphates have been energetically investigated for more than half a century because of their important role not only in forming hard tissues such as bone and teeth but also being a frequent cause of calculus and arteriosclerosis [1,2]. One factor hindering a sound understanding of their formation mechanism is that they appear in several forms at room to body temperatures [3,4]. For example, amorphous calcium phosphate (ACP), dicalcium phosphate dihydrate (DCPD), β-tricalcium phosphate (β-TCP), octacalcium phosphate (OCP), and hydroxyapatite (HAP) form in weak acidic to weak basic calcium phosphate solutions. They precipitate and stably exist or transform into other more stable phases depending on the solution conditions. Transformation between each calcium phosphate [5-7] is of particular interest because the control of this process results in obtaining a desirable phase that can contribute to the design of calciumphosphate- based biomaterials with novel functions.

Two phase-transformation mechanisms have been proposed. One is solvent-mediated transformation, which is the simple dissolution and growth of materials depending on the difference in solubility. A representative example for calcium phosphate is the hydrolysis of DCPD and subsequent growth of OCP [8]. The other is structural conversion from metastable to stable phases as was revealed in situ using a light scattering technique [9,10]. If the concentrations of calcium and phosphate ions in the solution are sufficiently high, ACP first forms in the solution and transforms into other phases such as OCP and HAP. The transformation proceeds via direct conversion of an amorphous structure into crystalline ones. This kinetics is attributed to a common cluster unit present in both the amorphous and crystalline phases [11-15]. Posner's cluster [11] and its symmetric isomers [16] were proposed for this common cluster, and then more complex structures of clusters were found through experimental and computational investigations [17,18]. That the clusters can be decomposed into smaller ion pairs as the minimum unit was also proposed [19], indicating the need for more careful investigation of the elemental unit in the phase transformation of calcium phosphates.

When the concentrations of calcium and phosphate ions were set to 5 mM in a weak acidic solution (pH = 6.5, 22ºC; reference solution), ACP immediately formed in the solution and transformed into OCP and subsequently precipitated within 2 h. However, when gold nanoparticles with immobilized carboxylic functional groups on their surface were added to the solution, less than a 1/1000 molar concentration of calcium or phosphate ions, an OCP-like intermediate phase precipitated prior to the formation of conventional OCP (experimental details are given elsewhere [23]).

Figure 1a shows spectra obtained using in situ FTIR for the reference and gold nanoparticles-containing solutions before the initial precipitates were observed. Crystalline domains developed in the ACP. The spectra for both solutions showed typical absorption bands of OCP at 963, 1021, and 1128 cm–1, but the spectrum corresponding to the gold nanoparticles-containing solution (GN) lacked the band at 1220 cm–1, which corresponds to OH– vibration in the HPO4-OH layer of OCP crystal, although it was observed in the reference solution spectrum (Ref). The bands corresponding to HPO4 vibrations at 872 and 1128 cm–1 were also undeveloped in the GN spectrum.

The XRD pattern of the initial precipitate from the reference solution corresponded to that of OCP (Figure 1b-Ref) whereas that from the gold nanoparticles-containing solution (Figure 1b-GN) lacked the characteristic (100) diffraction of OCP (2O = 4.7°) although other peaks were observed. The 31P solid-sate NMR for the precipitate from the gold nanoparticles-containing solution (Figure 1c-GN) showed a broad main peak at 3.0 ppm (OCP P1 and P2/P4 sites) and shoulder peaks at 1.9 (OCP P3 site) and –0.4 ppm (OCP P5/P6 site), suggesting that the structure of this material was essentially similar to that of OCP.

Figure 2a shows the macroscopic morphology of initial precipitates from gold nanoparticles-containing solution. HR-TEM images revealed the coexistence of complex lattice fringes (Figure 2b) and partially ordered fringes (Figure 2c) in the materials. We concluded from these findings that the material that initially precipitated in the gold nanoparticles-containing solution was not simply poor crystalline OCP but pseudo-OCP with a partially ordered structure. Since pseudo- OCP gradually changed to actual OCP with maturation in the solution, it was metastable intermediate phase. The OCP crystal structure along the a-axis consists of alternating apatite-like layers and HPO4-OH layers (corresponding to the center of hydrated layer in the previous OCP model) [8,24]. We simulated the XRD pattern based on the OCP structure and found that the lack of an HPO4-OH layer resulted in the XRD pattern of pseudo-OCP; i.e. disappearance of characteristic (100) diffraction. This model coincides well with the FTIR data. As described above, the appearance of an intermediate phase or phases is natural if the transformation from amorphous to crystalline phases proceeds via structural reconstruction using a common essential unit. Gold nanoparticles hindered formation of the particular structure in the crystalline phase during reconstruction, acting like a negative catalyst. The selection of the OCP or pseudo-OCP reaction route can be explained by the concept of pre-nucleation clusters and polymer induced liquid precursors (PILP) that the crystalline structure of each polymorph was controlled by the corresponding amorphous structure [25-29].

Phase transformation from OCP to HAP is an interesting topic because it relates to the formation mechanism of human tooth enamel [30]. Previous investigations using HR-TEM showed that HAP crystal epitaxially grew on the (100) face of OCP single crystal [30-33]. Owing to the structural resemblance between OCP and HAP crystals, oriented growth of HAP crystal on OCP has been thought to be a natural process. However, in situ AFM observations of OCP dissolution suggested the presence of an intermediate phase before the formation of HAP. When OCP single crystal was dissolved in pure or saline water (50 mM NaCl), dissolution steps and etch pits having the minimal step height (~2.0 nm) corresponding to the (100) orientation appeared on the surface. The synthesis of the OCP crystal and the AFM observation are explained elsewhere [34].

During the dissolution, nanoparticles (~10 nm) suddenly precipitated due to the local increase in calcium- and phosphate-ion concentrations close to the surface, and they coalesced with each other, similar to the process in a liquid-like material (Figures 3a,b). OCP dissolution slowed during nanoparticle precipitation, but it never stopped. The precipitated phase covered the OCP surface without changing the morphology of the substrate; i.e., a pseudomorphic relationship was observed between the precipitated phase and OCP (Figure 3c). After the pseudomorphic layer formed, the new phase started dissolving at a much slower rate than the substrate OCP. This phase should have lower solubility than OCP, and the corresponding phase is HAP in the conventional model. The behavior of this phase was, however, amorphous-like, and TEM observation revealed a nanometer-thick amorphous-like layer around the OCP crystal (Figure 3d). Complex lattice fringes in this layer similar to those found in the pseudo-OCP were also observed. The precipitated material is though to be amorphous-like pseudo-HAP, the intermediate phase formed prior to crystalline HAP formation, although a detailed characterization is needed.

The findings presented here indicate the presence of unknown metastable intermediate phases not previously investigated in full. As shown, adding appropriate impurities or catalysts can control the lifetime of these phases.

We thank Dr. M. Nagao for helping with the TEM observations. 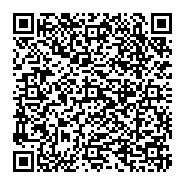