Neuroblastoma in the Adult: Which Therapy is Effective?

The examination of a twenty-eight-year-old male patient with lower back pain revealed a mass that extended through the spinal canal at the L1-L2 level and exhibited left paravertebral extension which was indistinguishable from the psoas muscle. Neuroblastoma was diagnosed after performing a biopsy. The disease progressed in that same year and in the following years, even after performing surgery, radiotherapy, chemotherapy, and bone marrow transplantation. The course of the disease was resistant to different high-dose chemotherapies and radiotherapy. The patient died four years after diagnosis. Neuroblastoma, a tumor which more frequently appears in children, is seen as an advanced or metastatic disease in adults. Currently there is no standard treatment for neuroblastoma in adults. The treatment protocols applied in children are insufficient for adults. Generally neuroblastoma is characterized as a localized disease, but in adults it is more aggressive. 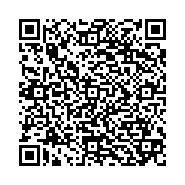