Copyright: © 2013 Zhang P, et al. This is an open-access article distributed under the terms of the Creative Commons Attribution License, which permits unrestricted use, distribution, and reproduction in any medium, provided the original author and source are credited.

Linkages across ecosystems and within-ecosystem segregated habitats are fundamental components of all ecological systems, which can affect ecological compartments ranging from individual organisms to entire ecosystems [1-3]. Therefore, elucidating the constraints on ecosystem linkages is necessary for understanding ecological processes and functions, and is also in favor of ecosystem services and management [1-3]. In lakes, linkages of distinct habitats can influence productivity, resource abundance, consumer behavior, and trophic interactions in the basic components of food webscross spatial boundaries [1-3]. Recent researches have importance of linkages of Lake Ecosystem, including benthic–planktonic and subsurface–surface within a particular aquatic ecosystem, and river–lake, wetland–lake, and terrestrial–lake among ecosystems [3-6]. These linkages are coupled by nutrient and energy flows through physical and biological activities.

As one of the major characteristics of within-lake food webs, the linkage of benthic and planktonic (or pelagic) food webs has received a great deal of attention in recent aquatic studies [2,3]. The magnitude of planktonic-benthic linkage is constrained by various factors, such as lake trophic status, morphometry, and hydrodynamics [2,3,7]. Eutrophication is one of the most common water quality problems that affect the status of lake trophic worldwide. In eutrophic ecosystems, the increased input of anthropogenic nutrients from watersheds with intense human activity [8,9] causes the imbalance in the primary producers of the food web; this results in high levels of phytoplankton biomass[10] that, in turn, alters the pathways and the magnitude of planktonic-benthic linkage in lakes. Therefore, planktonic energy subsidy to benthic consumers may increase [3,11]. However, this hypothesis has been rarely tested experimentally in planktonic-benthic linkage in eutrophic lakes.

Assessment of the responses of benthic food web to resource perturbations in plantonic food web leads to a comprehensively understanding of the energy pathways and the subsequent dynamics of food webs [2,3,12]. Therefore, in a field experiment manipulating nutrients and afterwards phytoplankton abundance, we ask how changes in phytoplankton abundance affect planktonic energy subsidy to benthic consumers across nutrient levels. We focus our analysis on quantifying planktonic energy subsidy to benthic food web that indicates the importance of direct resource perturbations of planktonicbenthic linkage in ecosystems.

To investigate the effect of planktonic energy subsidy on benthic zoobenthos, we manipulated nutrient supply of both water column and sediment in 8 polyethylene 8000L mesocosms in Lake Donghu near the Donghu Experimental Station of Lake Ecosystems, Chinese Ecosystem Research Network. We used a full-factorial design, with 2 levels of water nutrients (high and low) and 2 levels of sediment nutrients (high and low) for a total of 4 treatments with 2 replicates of each. Nutrient supply in both water column and sediment was manipulated by filling the mesocosms with water and sediment (thickness 5cm) from a hypereutrophic site (water TP=0.172 ± 0.022 and sediment TP=4.017 ± 0.017 mgg-1) and a mesoeutrophic site (0.025 ± 0.003 and sediment TP=0.777 ± 0.031 mgg-1) at the lake, providing local assemblages of plankton and zoobenthos and allowing us to assess their response to nutrients. In addition, fishes were removed by netting before the experiment. In the sediment, three tolerate species of zoobenthos, Branchiura sowerbyi (Oligochaeta: tubificidae), Limnodrilus hoffmeisteri (Oligochaeta: tubificidae) and Tanypus chinensis (Diptera: Chironomidae), constitutes 80%–95% of the total benthic macro invertebrate density and biomass in this eutrophic lake [13,14]. The experiment lasted for 11 weeks from July 1 to September 21, 2001, until the effect of planktonic energy subsidy on benthic food web was evaluated.

Total phosphorus concentration in the water column was measured by colorimetry after digestion of the total samples with K2S2O8+NaOH to orthophosphate [15]. Total phosphorus content in the sediment was measured by H2SO4-HClO4 digestion-molybdenum blue colorimetric method [15]. Phytoplankton samples were preserved with 1% acidified Lugol’s iodine solution and concentrated to 30 ml after undergoing sedimentation for 48 h. After mixing, 0.1 ml concentrated samples were counted and phytoplankton species were identified directly using a Leitz microscope with a magnification of 400. Phytoplankton biomass was estimated from approximate geometric volumes of each taxon, assuming that 1 mm3,/ equaled 10-6 μg fresh weights. The geometric dimensions were measured on ~30 individuals for each dominant species in each sample.

Three abundant benthic macroinvertebrate species in enclosures, including B. sowerbyi, L. hoffmeisteri and T. chinensis were sampled at the end of the experiment for stable isotope analyses by collecting constant surface sediments using an Ekman grab to gain enough analytical biomass. Animals were sorted and identified from samples while alive, placed in filtered lake water overnight to clear their guts, then oven-dried to a constant weight at 60°C, before being finally ground to a fine homogeneous powder with a mortar and pestle for δ13C. Lipids were extracted using methanol-chloroform (2:1 by volume) because lipids are depleted in 13C [16,17]. The mortar and pestle were acid-washed and dried to prevent cross-contamination between samples. The powdered samples were kept in acid-washed glass tubes and sealed in desiccators with silica gel for future analysis.

Sedimentary organic matters and seston were collected at each mesocosms at the end of the experiment. After collection and transport to the laboratory, the samples were acidified with superfluous 1 N HCl and oven-dried to a constant weight at 60°C. Samples were then ground to a fine homogeneous powder with a mortar and pestle. The mortar and pestle were acid-washed and dried to prevent cross-contamination between samples. The powdered samples were kept in acid-washed glass tubes and sealed in desiccators with silica gel for future analysis.

where 13C/12C is the atomic ratios of the number of atoms in the sample or standard, δ is the measure of heavy to light isotope in the sample, and higher δ values denote a greater proportion of the heavy isotope. The international standard is Vienna Pee Dee Belemnite (VPDB). Carbonatite (IAEA–NBS18) was used as the international reference material; on a daily basis, an internal working standard, urea (δ13C=- 49.44‰), was used. More than 20% of the samples were analyzed for more than three times, and the standard deviations of δ13C replicate analyses were less than 0.2‰.

In the present study, the seston and sediment organic matter were used to quantify the isotopic baseline for benthic and planktonic energetic pathways. Since the diet of the zoobenthos was switched from the lake to the mesocoms, the new dietary δ13C signature was expected to manifest itself rapidly in the body tissues of the small invertebrates after several days as previous study suggested [18]. The δ13C values of the three dominant benthic species in each mesocoms at the end of the experiment were converted into proportions of planktonic and benthic energetic pathways with a two end-member mixing model using the software ISOERROR 1.04 [19]. When calculating mixing models, ISOERROR takes into account the variability in the δ13C of both the sources and the zoobenthos, and provides 95% confidence intervals around the estimated proportions.

To test the correlations between phytoplankton biomass and the percentage of planktonic energy, simple linear regression was selected which was performed using SPSS statistical software for Windows (Version 17.0, SPSS Inc.). Figure 2: Horizontal lines represent treatment means. Biomass and relative composition of major phytoplankton taxonomic groups for each treatment. Each point represents the value for a mesocosm at the end of the experiment. Figure 3: Percentages of plantonic energy subsidy to zoobenthos, including B. sowerbyi (A), L. hoffmeisteri (B) and T. chinensis (C). Each point represents the mean for a mesocosm at the end of the experiment. Horizontal lines represent treatment means. Figure 4: Relationships between the percentages of plantonic energy subsidy to zoobenthos, including B. sowerbyi (A), L. hoffmeisteri (B) and T. chinensis (C), and the phytoplankton production. Each point represents the value for an individual mesocosm. Best fit lines, r2, and P values are given for each relationship, using linear regression.

Benthic and planktonic food webs in shallow water bodies are thought to be linked by trophic relationships and by biologicallymediated or physically-mediated resuspension or sedimentation processes [2,3,12]. Therefore, focusing only on benthic or only on planktonic components of aquatic food webs can lead to an ambiguous comprehension of the interactions between components in different habitats [3,12,20]. In natural water bodies, seston samples comprise a variable fraction of the particulate organic carbon and are not easily separated from non-phytoplankton particulate organic carbon [20-23], which results in uncertainty in the evaluation of the importance of planktonic sources to the benthic food web using natural abundances of stable isotopes. Here, the results of our experiment provided a unique opportunity to test responses of planktonic energy subsidy to benthic invertebrates along a gradient of phytoplankton abundance, and to assess the magnitude of the responses.

Planktonic-benthic linkage can be affected by abiotic factors, such as lake morphometry, hydrodynamics and trophic status, all of which influence the magnitude of phytoplankton biomass, the rate of degradation, the velocity of downward transport, and the biological activities [3,5]. Increases in phytoplankton cause significant increases in secondary production by enhancing the planktonic energy subsidy to both planktonic and benthic animals. In addition, benthic food web structure can play an important role in efficiency of converting planktonic resources into benthic invertebrate biomass [26]. In the current study, highly taxon-specific planktonic energy subsidy to the three dominant invertebrate species suggests that the benthic community composition constrains the efficiency of planktonic energy subsidy to benthic food web. For example, a community dominated by macrofaunal consumers that graze directly on algal phytodetritus could transfer the energy from deposited diatoms to higher trophic levels (fish) more efficiently than a community with large populations of meiobenthic invertebrates [29].

The relative importance of planktonic energy subsidy to benthic food web provided the understanding of the key ecological processes that functionally link these habitats in aquatic ecosystems. For example, strong evidence has been provide that benthic invertebrate feeding on phytoplankton is widespread through filter-feeding phytoplankton directly from the water column and/or collecting newly sedimented phytoplankton [20,24,30]. Thus, benthic animal can play an important role in organizing the planktonic community through their grazing or predatory activity [12,31,32]. In addition, extensive zoobenthivory can subsidize fish populations, leading to apparent competition, if not altering trophic dynamics and ecosystem processes, in the pelagic zone [33,34].

Conclusively, our results claims the generally accepted paradigm that benthic secondary production is strongly linked to pelagic primary production [2,3]. The linkage of benthic-planktonic food webs remains an important area for research considering that the majority of lakes globally are small and shallow [20,35], and that eutrophication is one of the most common water quality problems in lakes worldwide [36,37]. The planktonic energy subsidy to benthic food web documented here is probably characteristic to the majority of eutrophic lakes worldwide, and thus is important for protecting ecosystems and for restoring critical habitats of natural linkages before ecosystem structure and function return [1,3].

We thank the members of the Donghu Experimental Station of Lake Ecosystem, Chinese Ecological Research Network for their field and laboratory assistance. This research was partially supported by the National Natural Science Foundation of China (Grant Nos. 31170439 and 30870428 to JX and Grant No. 30800145 to HT) and the National Basic Research Program of China (Grant No. 2008CB418001-1). 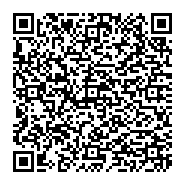