Copyright: © 2017 Makwinja R, et al. This is an open-access article distributed under the terms of the Creative Commons Attribution License, which permits unrestricted use, distribution, and reproduction in any medium, provided the original author and source are credited.

Climate change has emerged to be a serious threat in many different parts of the world. In Malawi, serious effects of climate change particularly on water resources have been evidenced by several authors. For instance, Fujihara et al. [1], Matondo [2] and Tate et al. [3] observed serious implication of climate change on water resources in Malawi. Calder concluded that the changes in the rainfall season, pattern and temperature, and changes in the frequency of droughts and floods as well as significant variations in Lake Malawi and river levels are evidence of climate change in Malawi. Harrod indicated that climate change has had a major historical influence on global biodiversity and will continue to impact the structure and function of natural ecosystems, including the provision of natural services such as fisheries. Although no adequate scientific records were kept to provide empirical evidence regarding the negative impact of climate change on lake Malawi fishery, ample evidence suggests that the global mean temperatures which have increased from 0.3°C to 0.6°C in the last century is an indicator of serious threats on the survival of both marine and fresh water fish species [4,5].

Evidently, Oreochromis spp. (Oreochromis karongae, Oreochromis lidole and Oreochromis squamipinnis) collectively known as Chambo used to contribute about 75% of the annual native and artisanal catch in Malawi [6]. Presently, this figure has declined significantly. Though, it is reported that the decline is considerably attributed to a number of cross cutting and sector specific factors such as overfishing, illegal fishing mainly due to weak enforcement of regulations, habitat destruction, violation of closed seasons, catchments damage, violation of protected areas, a serious threat of climate change on the growth and survival of Oreochromis spp. cannot be negated mostly in the west coast of Lake Malawi, Nkhotakota district where adverse effects of climate change are very apparent [7]. Therefore, the study was designed to provide new insights on the extent at which climate change significantly affects the overall production of Oreochromis spp. in the western part of Lake Malawi while considering its breeding behaviour and habitat preference. The univariate time series data of total commercial Oreochromis spp. fish catch from western part of Lake Malawi was used. Catch data from 1991 to 2015 was obtained Monkey Bay Fisheries Research Unit of the Malawi Fisheries Department. The catch assessment survey (CAS) is designed by the Fisheries research section to collect data on the amount of fish caught in the whole system per month. The technique involves random selection of a series of fishing or landing sites within the established sampling frame. The selection of the sampling sites takes into Selection also takes into account mobility patterns among the fishermen within the fishing community.

The actual survey at each sampling site takes into account all fishermen or in the case of larger fishing communities sub-sampling of the fishermen may be required. The survey is conducted either by the interview method, whereby the required information is obtained by questioning individual fishermen, or by the actual measurement of the catch of the selected landings. Data on many other characteristics of the fishery are also acquired at the same time. More detailed socioeconomic information capable of identifying external constraints on the fishery is also obtained.

On the other hand, the air temperatures and rainfall data for Nkhotakota district from 1991 to 2015 was obtained from Meteorological department, Nkhotakota station Malawi.

Where Y=dependent variable, α is the intercept and β1, β2, β3,…, βi are the regression coefficients of explanatory variables x1, x2,3,…, xi and ∈i is random error or disturbance term.

Multiple regressions were performed in order to determine if the Chambo fishery catch trends are correlated and affected by climate change. The model used was as follows:

The statistical relationship between Chambo catch and interdependent variables of temperature and rainfall is shown in Figure 2. The general trend for Chambo indicates an increase from 1991 to 1996 followed by some kind of stability until early 2000 despite having a very unusual drop in 1998. In 2004, Chambo reported the highest catch of about 2800 metric tons but since then a decline in total landed catch had been noted and the lowest level (173 metric tonnes) being observed in 2015. It should be noted however that the behaviour of the Chambo trend had been closely followed by the rainfall pattern as both registered peaks in 2004 and recorded lowest levels in 2015 (Figure 3).

Figure 4: Polynomial regression coefficient of the relationships between annual precipitation and Chambo catch.

The study revealed fluctuation in air temperatures (°C) and precipitation (mm) during the period 1991 to 2015. This fluctuation has been previously observed by several authors. For instance, Kumbuyo et al. [9] reported a strong inter-annual fluctuation of rainfall, with topography and location playing major roles in the annual rainfall distribution in the selected districts of Malawi. The study further revealed tremendous decrease of annual precipitation followed by prolonged dry spell from 2004 to 2015. Similar observation was made by New et al. [10] who reported a decrease in average precipitation intensity and an increase in dry-spell length from 1961 to 2000 in some parts of Malawi. Additionally, the Intergovernmental Panel on Climate Change report revealed a trend of increasing precipitation amount from 1901 to 2005 from the equator to tropical eastern Africa and a declining trend in Africa south of 20°S latitude.

The study further revealed that Chambo catches over the period were greatly influenced by the rainfall patterns rather than the atmospheric temperature. A polynomial regression model y=1E-07x3– 0.0005x2+0.9796x+720.1, R2=0.7486 showed that total annual catches increased with increase in annual precipitation (mm). The coefficient of polynomial regression model (R2) revealed that 74.89% of variation in Oreochromis spp. catches was due to amount of annual precipitation (mm). Again, Pearson product moment correlation coefficient was observed to be 0.85 which suggested strong correlation between the dependant variable (Chambo catch) and climate change components (temperatures and precipitation).

Although, the T-value for temperatures (T=0,853) was not significant P>0.05), while that of rainfall (T=6.418) was significant (P<0.05), the signs of the beta (β) coefficients for rainfall (β=0.797) and temperatures (β=0.106) were both positive suggesting that it was in line with theoretical expectations that populations of fish and other aquatic organisms are greatly influenced by meteorological factors. Furthermore, McCarthy et al. observed that the interaction of precipitation with temperatures and evapotranspiration considerably affects the behaviour of surface water hydrology, such as mean runoff amounts, drought and ultimately, lake levels and river flows which consequently affected the breeding, survival and growth of Chambo species leading into tremendous decline in Chambo catches.

The results are further in line with the finding of Bell et al. [11], who reported a positive correlation between Chambo catch and Lake Malawi water level which primarily originated from rainfall and higher wind velocities. He further attributed high production with high mean rainfall to the flooding pulse concept where the flooding of the lakes and rivers brings terrestial nutrients that boost primary productivity and make more area accessible for spawning and nursery grounds. Despite rainfall having a significant contribution toward total Chambo catch, Eccles, Kolding and Van Zwieten, (in press) attributed the overall productivity of lakes like Lake Malawi to seasonal upweiling conditions but were quick to say that near shore dependent species like Chambo are linked with both nutrient upweiling and variations in inudation of floodplains and marshes [12].

Tweddle and Magasa however, reported that a decline in Lake Malawi water level was followed by an increase in yields three years later and this can be appreciated in Figure 2 where low rains in 2001 led to the highest Chambo catch in 2004 [13]. The reasoning behind this according Tweddle and Magasa was that these conditions are associated with windier conditions which enhanced nutrient upweiling and provided more food to juvenile Chambo.

The study provides evidence that climate change has a significant adverse impact on the total landings of Oreochromis spp. in Lake Malawi. Therefore, there is a need to take an immediate climate change mitigation measures to reduce the impact, otherwise the species may experience serious extinction in the near future. 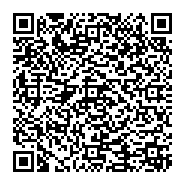