Chronic inflammatory demyelinating polyneuropathy (CIDP) is a clinical condition with complex immune based pathology. There are different types of immune mediated markers associated with CIDP that describe different subtypes of the disease but data on paranodal antibodies associated with striational and potassium channel antibodies is lacking.

71 year old male presented with 3 weeks of gradual worsening of right arm weakness and right facial droop. Pertinent positives on examination were weakness, MRC strength graded: 3+/5 of right deltoid, biceps and triceps, subtle right facial droop and diffuse hyporeflexia. MRI brain was negative. Cerebrospinal fluid (CSF) was obtained which revealed elevated protein, thus diagnosis of Guillian Barre Syndrome (GBS) was made due to albumino-cytologic dissociation. Intravenous immunoglobulin (IVIG) was tried but over the next few days’ deterioration in weakness, involving bilateral upper and lower extremities was noted. Inpatient nerve conduction studies were obtained and findings were confirmatory for an acute demyelinating polyneuropathy with sural sparing. No further intervention, as the thought was disease will probably hit nadir within the next few weeks. Figure 2: MRI axial view of Lumbosacral spine shows subtle enhancement of dorsal and ventral nerve roots of the distal cord in addition to edema and diffuse enhancement of the paraspinal musculature.

Above clinical presentation and studies were consistent with the diagnosis of chronic inflammatory demyelinating polyneuropathy (CIDP) or one of its variants. Patient then received 5 days of Plasma exchange and was started on high dose steroids. No improvement was noted.

Further testing including paraneoplastic panel on serum revealed high titer of Striational antibodies and Potassium channel antibody. Paranodal antibodies including Anti-contactin was elevated at 62000(normal<2000). Diagnosis of chronic inflammatory demyelinating polyneuropathy (CIDP) refractory to conventional treatment was made based on above studies. Patient was eventually started on Rituximab with noteworthy signs of improvement.

CIDP is a heterogeneous clinical entity with numerous forms described [1]. Widely used treatments for CIDP are intravenous immunoglobulin, plasmapheresis and steroids, and each of these therapies have different response in individuals. Because of emerging variants of CIDP which in some cases do not respond to conventional therapies, more aggressive therapy with immunomodulators have to be instituted [2].

Paranodal antibodies in recent years have frequently been linked to CIDP patients. There have been reports of patients with CIDP where antibodies are directed against the nodes of Ranvier or the paranodal axo-glial apparatus. Notably, neurofascin-186, gliomedin and contactin 1 (CNTN1) are the targets of autoantibodies [3]. Also, association of these autoantibodies with CIDP patients showed aggressive symptom and poor response to intravenous immunoglobulin but good response to Rituximab as seen in our case [4].

Our case differs from previously noted ones as in addition to paranodal antibody our patient has positive striational antibodies and potassium channel antibodies. Striational antibodies have been reported in myasthenia gravis and thymoma thus they may support an underlying autoimmune diagnosis [5]. To this date, studies investigating the association between striational antibodies and neurological disease including CIDP are lacking. Antibodies against voltage-gated potassium channels have strongly been associated with paraneoplastic syndromes including peripheral nerve hyperexcitability syndrome, POEMS (polyneuropathy, organomegaly, endocrinopathy, monoclonal gammopathy and skin changes) syndrome, neuromyotonia and limbic encephalitis [6]. Patient underwent whole body scanning which showed no evidence of organomegaly. No evidence of endocrinopathy, monoclonal gammopathy, or skin changes were seen as well.

In CIDP it has been postulated that autoantibodies towards axoglial adhesion molecules may disrupt potassium voltage-gated channels clustering leading to a failure of saltatory conduction [7].

Paranodal antibodies have also been reported in patients with Guillian Barre syndrome [8]. Recurrent GBS which is relapsing and remitting in nature, can be confused with CIDP frequently. Recurrent GBS usually presents in patients under age 30 with milder symptoms and associated with miller fisher variant syndrome. Our patient was 71 year old with severe symptoms and had negative GQ1B antibody. Also our patient had clinical deterioration 3 or more times without any signs of improvement between the episodes, which would be the case with recurrent GBS where patients would improve between episodes with accumulated small neurological deficits [9-11].

Thus, CIDP with severe respiratory embarrassment, autonomic dysfunction, cranial nerve involvement not associated with POEMS syndrome, presence of anti-nodal, striational and potassium-channel antibodies raise the possibilities of new faces of this disease with protean manifestations and associations. Nodes of Ranvier are a key target of autoantibodies in chronic inflammatory neuropathies. Most importantly, these patients have aggressive presentation and poor response to IVIG. These results should motivate physicians to implement testing of the anti-CNTN1 IgG4 antibodies [12]. Further studies need to be conducted on the role of striational and potassium channel antibodies. Our case highlights that specific biomarkers are crucial for correctly identifying CIDP subtypes for accurate patient diagnosis and initiating treatment of choice earlier.

Copyright: © 2018 Tiwana HK, et al. This is an open-access article distributed under the terms of the Creative Commons Attribution License, which permits unrestricted use, distribution, and reproduction in any medium, provided the original author and source are credited. 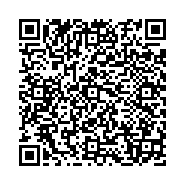