Copyright: © 2017 Ho CH, et al. This is an open-access article distributed under the terms of the Creative Commons Attribution License, which permits unrestricted use, distribution, and reproduction in any medium, provided the original author and source are credited.

Ischemia/reperfusion (I/R) injury of cardiomyocytes is a leading cause of morbidity and mortality. Moreover, I/R injury induce overproduction of reactive oxygen species and causes cardiomyocyte death under hypoxia conditions. However, methods for monitoring cell conditions in real-time under hypoxia conditions are limited. In this study, we used a novel analysis tool, the iCELLigence System, to analyze the effect of hypoxia on H9c2 cells. The results showed that hypoxia caused cell growth inhibition or death via overproduction of reactive oxygen species.

Ischemia/reperfusion (I/R) cardiovascular damage is a serious problem worldwide [1]. I/R defects are characterized by cardiomyocyte death and metabolism imbalance [2]. I/R-induced cell death is caused by oxidative stress or nitrosative stress via apoptosis or necrosis [3]. The mitochondria have critical functions in the cell, including ATP production, intracellular Ca2+ regulation, reactive oxygen species production and scavenging, and regulation of apoptotic cell death via the caspase-dependent signaling pathway [4]. However, methods for monitoring and quantifying cell death, proliferation, and morphological changes in a label-free and real-time manner are limited. According to a previous study, the iCELLigence System can be used to monitor endometrial cancer cell proliferation and survival by measuring cell-to-electrode responses of cells seeded in eight-well E-plates with integrated microelectronic sensor arrays [5]. Additionally, Stefanowicz-Hajduk et al. reported that Securinine induces apoptosis and activates cell cycle checkpoints in HeLa cells; these processes are associated with oxidative stress [6]. Therefore, the iCELLigence System may be useful for detecting cell conditions in real-time. In this study, we used this system to evaluate the effect of hypoxia on embryonic rat heart-derived H9c2 cells.

The indicated number of cells was measured using the iCELLigence System according to the manufacturer’s instructions (ACEA Biosciences, Inc., San Diego, CA, USA). Briefly, cells were seeded into 480 μL of media in E-Plate L8 devices. The cell numbers were monitored every 15 min for the indicated times, which differed between experiments. The cell index at each time point is defined as (Rn-Rb)/4.6, where Rn is the cell-electrode impedance of the well containing cells and Rb is the background impendence of the well containing media alone.

Data are expressed as the means ± SEM. The two groups were compared via one-way or two-way analysis of variance followed by Bonferroni post-test analysis. p<0.05 was considered statistically significant.

Effect of hypoxia on cardiomyocytes by iCELLigence system

Hypoxia causes an imbalance in the redox equilibrium towards increased concentrations of Reactive Oxygen Species (ROS) [7]. Furthermore, N-acetylcysteine (NAC) is an aminothiol and a synthetic precursor of intracellular cysteine and thus GSH is considered an important antioxidant. NAC has also been used as a research tool in the field of apoptosis research for investigating the role of ROS in inducing apoptosis [8]. To study the effect of hypoxia on cardiomyocytes, we used the iCELLigence System to monitor H9c2 cell growth in realtime. The results showed that NAC attenuated hypoxia-induced growth inhibition or cell death in a dose-dependent manner (Figure 1). According to previous studies, Ciccone et al. speculated the role of carotenoids supplementation on cardiovascular risk profile and summarized their antioxidant and anti-inflammatory effects in cardiovascular care [9]. Moreover, it also been reported that ROS is considered as the target of Carotenoids main action, by scavenging singlet oxygen and free radicals [10]. Figure 1: Dynamic monitoring of the effect of hypoxia on H9c2 cell growth. Arrow indicates the cells beginning to become hypoxic.

This study was supported by a grant from Show Chwan Memorial Hospital, Changhua, Taiwan (RD105055). 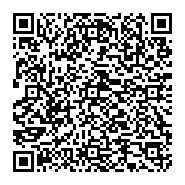