Copyright: © 2013 Zaghloul MZ. This is an open-access article distributed under the terms of the Creative Commons Attribution License, which permits unrestricted use, distribution, and reproduction in any medium, provided the original author and source are credited.

Respiratory Syncytial Virus (RSV) is considered the most common viral agent of lower respiratory tract infections in infants and young children. It is commonly involved in bronchiolitis and pneumonia in infants [1,2]. The virus infects the ciliated epithelial cells lining the airways, and their rapid destruction results in the symptoms characteristic of the infection, such as fever, rhinorrhea, cough and wheezing [3]. The highest morbidity rates are observed in infants, elderly and immuno compromised patients [4]. The virus classified within Pneumovirus genus of the Paramyxoviridae [5]. There are two major antigenic groups of RSV, A and B with antigenic differences on the N, F and G proteins [6]. Early diagnosis of RSV infections is necessary for monitoring of the infected infants, for prevention of nosocomial spread and in some cases to guide the choice of a possible adapted antivirus therapy [7]. Diagnosis of RSV can be made by virus isolation, detection of viral antigen, detection of viral RNA and demonstration of a rise in serum antibodies [8].

Viral isolation in cell cultures such as (HEp-2 cells and ATCC CCL-23) [9] is considered the (gold standard) method for diagnosis of RSV infection, it requires specimens to be transported and stored under ideal conditions and the prolonged turnaround time required to obtain results further diminishes its usefulness in patient management [10]. It has been demonstrated that RSV is a very labile virus and it loses its viability in transit [11]. To overcome this limitation, rapid techniques based on antigen detection by Direct Immuno Fluorescence (DIF) employing monoclonal antibodies is widely used for the diagnosis and subgroup of RSV into A and B [12]. Also Reverse Transcriptase Polymerase Chain Reaction (RT-PCR) has been used increasingly to detect the virus in clinical samples [13]. The sensitivity of RT-PCR can equal or exceed that of cell culture or antigen-based assays [14]. Genotyping of RSV group A into (GA2, GA5 and GA7) by means of a novel method based on PCR, FRET (Fluorescence Resonance Energy Transmission) detection and two - dimensional melting curve analysis was carried out by Rafiefard et al. [15]. In recent years, viral metagenomic sequencing has become an established method both for finding novel viruses and for detecting the presence of known viruses in new environments [16]. There was no vaccine currently approved for paramyxovirus-induced respiratory diseases in humans, Le Bayon et al. [17] reviewed the immunogenicity (increase in neutralizing antibody titres) and the protection conferred by the most promising recombinant vectored vaccines against human respiratory syncytial virus, human metapneumovirus and human parainfluenza viruses types 1 to 3, which are significant causes of upper and lower tract respiratory diseases. 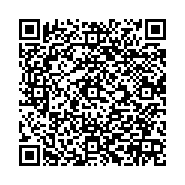