Sedentary Behaviour and Mental Health in Children and Adolescents: A Meta-analysis

Copyright: © 2015 Asare, et al. This is an open-access article distributed under the terms of the Creative Commons Attribution License, which permits unrestricted use, distribution, and reproduction in any medium, provided the original author and source are credited.

Mental health is a complex part of cognitive neuroscience influenced by different factors such as biopsychosocial –i.e. biological, psychological, social and environmental systems [1]. Individual lifestyles have become a central focus in healthcare since population patterns of ill health have changed from contagious to lifestyle diseases [1,2]. It is well established that physical activity is associated with positive health in all populations. The health benefits of physical activity have led to the development of physical activity guidelines for adults and young people [3]. Research has shown that many young people are not meeting the physical activity guidelines [3-5]. In addition, more recent research suggests that many young people spend large proportions of the day in sedentary pursuits. Sedentary behaviour has been defined as any waking behaviour in which energy expenditure is ≤1.5 METs while in a sitting or reclining position, and includes behaviours such as watching television, travelling by car/ public transport, sitting in class, playing computer games etc. [6]. Sedentary behaviours have increased among young people partly due to the technological development of attractive home-based entertainment devices, homework and leisure use of computers, and high levels of sitting at school, with or without computer screens [4]. Therefore, during leisure time a number of adolescents, especially boys, sit to play video and computer games. Girls also use the computers for diverse reasons, including social contact and shopping [7,8]. Television is the most common entertainment device which is available in most homes and is widely used by young people [9]. However, the computer/internet is the most valued media among young people because of the wide variety of its use including e-mail, social networking, playing games, watching movies, and searching information [10]. In modern society, the use of screen-entertainment devices are often thought to replace active games among adolescents [4], although precise data are lacking.

To be eligible for inclusion the study must: 1) include children and/or adolescents aged 5-18 years; 2) have a quantified measure of sedentary behaviour (studies that measured the content rather than quantity of time consuming screen-based sedentary behaviour, such as aggressive movies, horror films, etc., were excluded); 3) have a measured mental health outcome as specified in the key terms list; 4) provide a quantified association between at least one sedentary behaviour and one mental health outcome; 5) be published in a peerreviewed journal in the English language up to June 2012.

Information from the studies included were extracted onto standardised forms developed for this review. Information extracted from each of the studies included: authors of the paper, country of study, type of study, type of population, sample size, age range of the sample, response rate, type of sedentary behaviour assessed, mental health outcome assessed, and validity and reliability of measures used to assess sedentary behaviour and mental health. Some authors of the papers were contacted for clarification of some information when necessary.

Quality assessment of the papers included

The quality of all the studies were evaluated mainly based on their methodological strengths using a checklist [19,20]. The criteria evaluated included the sampling procedure, inclusion of adequate sample size, tools for assessing the constructs being investigated, and statistical analyses. Similar criteria were used to evaluate both crosssectional and longitudinal studies, but longitudinal studies were evaluated with additional two items. Specifically, the criteria for evaluating longitudinal studies included additional items that evaluated adequate response rate at follow up and appropriate description of follow up duration or assessment. Thus, the total score for the quality grading was 11 points for cross-sectional studies and 13 points for longitudinal studies. In this meta-analysis, studies that obtained scores equal to or above the mean score were classified as high quality whereas studies with scores below the mean score were classified as low quality studies.

Studies included in the meta-analysis were coded on a number of characteristics, based on hypothesised moderators. Specific information on coded variables was based on study design and coded as cross-sectional or longitudinal. Age group of the participants were coded as children (ages 5 to 11 years), adolescents (ages 12 to 18 years), or a combined sample of children and adolescents (ages 5 to 18 years). Gender was coded as boys only, girls only; and boys and girls. Studies were coded for the type of screen assessed in order to compare the impact of particular screen use on mental well-being. Coding included television, computers, video/DVDs, screen, and sedentary behaviour. Indicators of mental well-being were coded as anxiety, depression, selfesteem, psychological distress, and quality of life. Irrespective of the research designs of the studies included, the quality of the methods and style of reporting findings were evaluated. Thus, studies were coded as high quality or low quality based on the criteria described above.

The Comprehensive Meta-Analysis (CMA) version-2 software was used to calculate effect sizes for the relationship between sedentary behaviour and mental well-being. The effect sizes for the individual studies were computed. An overall effect size was calculated for all the studies. The effect size was expressed as Hedges’ g. The effect of heterogeneity was estimated using the Q measure. Where the test of heterogeneity was significant, it meant that there was a need to examine moderator variables. Some moderator variables hypothesized before the meta-analysis included: i) the research design, ii) age group of participants, iii) type of sedentary behaviour, iv) mental health outcome and v) study quality. The magnitude of the effect sizes were assessed using Cohen’s [21] criteria: small = 0.2-0.49; moderate = 0.5-0.79; and large = ≥0.08.

Potentially relevant articles were selected by (1) screening the titles; (2) screening the abstracts; and (3) if abstracts were not available or did not provide sufficient data, the entire article was retrieved and screened to determine whether it met the inclusion criteria. A customised ‘in-out’ form was used to appraise the studies for inclusion or exclusion. This led to 69 papers being excluded and 35 papers included for the meta-analysis. The screening process followed the PRISMA guidelines [22]. The screening procedure is shown in Figure 1. Both types of research design had significant effect sizes. Crosssectional studies had a larger effect size than longitudinal studies, although the latter had only 4 studies (Table 1).

Specifically some studies have found that the use of computer is associated with improvement in social self-esteem [8,37]. Moreover, in the present findings computer use had a smaller impact on depression. Therefore it could be that young people who used computers experienced some improvement in some aspects of their self-esteem [37] which resulted to a reduction of the possible impact that computer use might have on depression. This is because improvement in selfesteem significantly reduces depression [35,38]. It should however be noted that the use of computers have been associated with social selfesteem, but not other domains of self-esteem [37].

Limitations of the Findings

The findings reported in this meta-analysis have some limitations. Specifically, the data are based on rather few studies, the majority of which have methodological limitations, including being mainly crosssectional where reverse causality cannot be ruled out. For example, there is evidence that people who are depressed may participate less in physical activities [38,43]. Participating in less physical activity may increase the likelihood of being sedentary [44]. Moreover, having poor mental health may predispose one to sit more. In addition, studies that were examined assessed mainly screen use, therefore the findings does not show the impact of the entire range of sedentary behaviours on young people’s mental well-being. Young people also engage in multiple sedentary behaviours in different settings [44].

Implications of the Findings 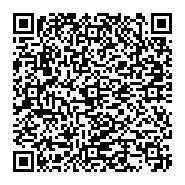