Copyright: © 2017 Roychowdhury D, et al. This is an open-access article distributed under the terms of the Creative Commons Attribution License, which permits unrestricted use, distribution, and reproduction in any medium, provided the original author and source are credited.

Maize an important crops which has a huge adaptability to varied agro climatic conditions worldwide. Maize may be called as the most important cereal amongst the cereals due to its highest genetic yield potential among the cereals. Maize is the third most important staple food after rice and wheat in India. The application of synthetic fertilizers on maize and other crops have certain adverse effects on the human health and wellbeing. Biofertilizers are the natural living microorganisms which establishes either symbiotic relationship with the plant or are found at the rhizospheric soils of the plant and also increases the supply of nutrients to the plants. Vermicompost is the use of variety of worms called worm castings, worm humus that has high saturated nutrients than do organic materials have. It has huge water soluble niutrients for which these vermicompots are popu;lar organic fertilizers. In this paper which is also a review paper will describe the findings of experimental data on the effect of biofertilizers and vermicompost on the maize fields in India and other countries outside India with comparison to the synthetic fertilizers.

Maize may be defined as the ‘king of cereals’ as because of its potential in productivity when it is compared with other cereals [1]. Maize is actually a crop that requires high nutrition and also its productivity depends on the proper nutrient management system. But the agricultural system practiced in India is exploitative in nature for which it is difficult to maintain the soil fertility and also sustainability in agriculture cannot be determined [1]. Moreover the nutrient supplying capacity of the soil declines when the huge use of synthetic fertilizers are applied on the soil. According to Rajsekaran et al. [2] the inorganic or the synthetic fertilizers have harsh effects on the human health and also leading to the loss of soil quality and the contamination of underground water. Apart from these the use of synthetic fertilizers are becoming costly for the farmers and also problems are arising due to the scarcity of availability in peak seasons.

According to Fred [3] agriculture provided both positive and as well as negative effects and the use of synthetic fertilizers leads to the loss of the natural nutrient of the soil when they are used on soil surface. According to Katsunori et al. [4] the inorganic fertilizers that are applied on the soil are more environment resistant than the natural fertilizers as they are mixed with chemicals and so they are harmful and are also posing threat to the environment and the effects are felt on soil fertility.

A Brief Description to the Biofertilizers

Biofertilizers are the inoculations of microbial cultures which are actually multiplied artificially of certain soil microorganisms that can improve soil fertility and crop productivity. Biofertilizers are economical as they cost very low and are also the renewable sources through which the plant gets nutrients which supplement chemical fertilizers. Biofertilizers provides nutrient supply like nitrogen and phosphorous through their activities in the soil or rhizosphere and makes them available to the plants on the soil. Biofertilizers are now very important because thay are properly maintaining the health of the soil and are reducing pollutions in the environment by cutting down the use of chemicals.

The Types of Biofertilizers

These bacteria belongs to the family of Azotobacteriaceae, aerobic, free living, and heterotrophic in nature. They are found in neutral or alkaline soils and A. chroococcum are the most common occurring species in arable soils. A. vinelandii, A. beijerinckii, A. insignis and A. macrocytogenes are other reported species. The population number of Azotobacter rarely exceeds of 104 to 105 g‐1 of soil due to lack of organic matter and presence of antagonistic microorganisms in soil.

These bacteraial inoculantions has for the ability of fixing atmospheric nitrogen in association with plants forming nodules in roots stem nodules. RHZ are restricted by their specificity and only certain legumes are benefited from this symbiosis. They are found in Rhizobiaceae, symbiotic in nature, that fixes nitrogen 50‐100 kg/ ha in association with legumes only [7].

Vermicompost may be defined as the product of composting using various worms to create a heterogeneous mixture of decomposing vegetable or food waste, bedding materials, and vermicast. Vermicomposting technology also involves the biological conversion of organic wastes into vermicasts and sometimes by the utilization of vermiwash utilizing earthworms. These earthworms always feed on the waste and the gut of the worm are the bioreactor where the vermicasts are generally produced [8].

The management of nutrient is a vital factor that affects the yield of maize as reported by Verma et al. [9]. The nitrogen is an important primary nutrient for a good harvest productivity of maize of about 150 kg/ha can be obtained. This review paper describes the application of organic biofertilizers on the maize crop to find out the increase in yield and also the nutrient uptake by the plant. In fact a cost effective method of an eco and environment friendly sustainable system is developed where the supply of nutrients can be ensured to the plant.

Thus an experiment was carried out in the at Fertilizer Research Institute where the soil was alluvial in nature. Soil samples that were brought from different spots were made free from other foreign materials by sieving methodology. The pH of the soil and other physic chemical properties were determined where according to Walkley and Black [10] the organic C which was estimated as 0.42 g% available, and the N was 210 kg/ha as suggestions by Subbiah and Asija [11], 0.5 M NaHCO3-extractable P2O5 13 kg/ha as suggested by Olsen et al. [12] and K2O 176 kg/ha was accordingly to Hanway and Heidel [13] and available Zn was 1.12 kg/ha extracted by a process of DTPA.

According to the findings of Meena et al. [14] showed the different treatment combinations which was statistically P< 0.05 where the Stover and grain yields of maize plants from Table 1 was found to be 37% and 58.8% due to the application of inorganic fertilizers over the control of in maize plants. In the treat ment combination of T10 ([email protected] t/ha) it can be found that the it resulted in 105% and 138% increase in the yield over the control. This increment of yield was due to the conjoint application of chemical and biofertilizers. The result of T10 was greater than that of T2 which is actually (4.3 and 13.8 mg/ha). This result is agreeing with Nessera et al. [15]. Thus the combined use of Azotobacter a biofertilizer, inorganic fertilizer and Farm yard manure increased the yield of maize from Table 2 it can be understood [14]. The treatment of N100P75K40ZN5+FYM @ 5 t/ha+Azotobacter inoculation was found to be suitable for getting optimum yield of maize [14].

Table 1: The effects of chemical, biofertilizer and FYM on yield of maize(Meena et al.).

Vermicomposting and Vermiwash Effects as Biofertilizers on the Zea Maize Growth

An experimental 23 design of vermicompost and vermiwash as biofertilizer was done in a field at Zimbabwe to find out the effects of growth on Maize plants. Different variables were used during the entire study like vermicompost quantity, vermiwash quantity and application of two biofertilizers. Vermicompost used was 500-1000 g and vermiwash ia lso in same quantity application time of 10-40 days. The other conditions during the application were applied are: 750 g of vermicompost, 750 g of vermiwash the time of 25 days as application time was suggested. The experiments was on a twice replica mode. Staistical record was done by a software for the analysis of the data from the study. The study focused on the growth of Zea mays in south Africa [8]. During the cultivation of maize the seeds of shoko brands were obtained and the seeds take two months to get ripened.

In the result part A the effect of vermiwash, vermicompost and application time was determined on plant height. From Figure 1 it was found that the plant height increased by more than 30 cm [8]. 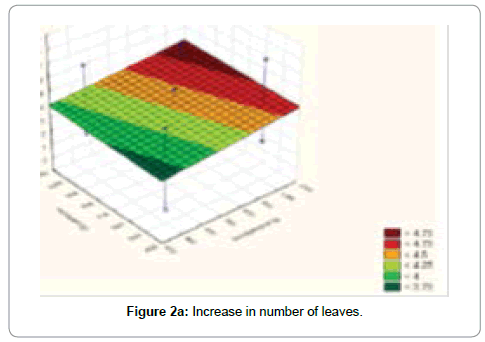 Figure 2A: Increase in number of leaves. 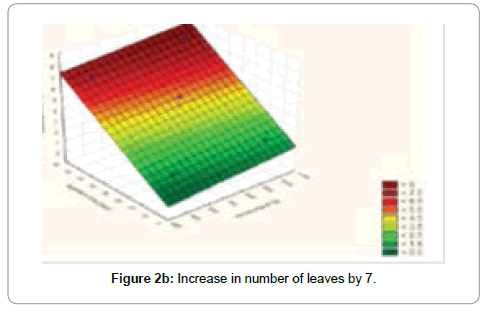 Figure 2B: Increase in number of leaves by 7. I am grateful to Prof (Dr) Sudip Kumar Banerjee and also Prof (Dr) Sandhimita Mondal of Biochemistry amd Microbiology department for guiding me in the entire research process of biofertilizer production and application in maize field. This is a one of the review paper on two of the work of biofertilizers up till now in other states and internationally. I am also grateful to Techno India University for giving me a chance to pursue my PhD.

No conflict of Interest.