Thirdhand Smoke Exposure: An Emerging Threat from an Old Foe

Copyright: © 2012 Downs CA. This is an open-access article distributed under the terms of the Creative Commons Attribution License, which permits unrestricted use, distribution, and reproduction in any medium, provided the original author and source are credited.

Thirdhand Smoke (THS) may be an unfamiliar term to you, but it is likely that you have smelled it. THS is residual or aged tobacco smoke—that is, the residual gases and particles deposited on a smoker’s hair or clothes, not to mention in the environment where they were smoking, that linger after tobacco has been smoked. The THS constituents are re-emitted and may react with oxidants and other compounds producing secondary pollutants [1]. To date the known constituents of THS include nicotine, phenols, cresols, naphthalene, formaldehyde and tobacco specific nitrosamine [2-4].

THS constituents in the air, in dust, and on surfaces are potential sources for inhalation, ingestion and dermal transfer exposure. Children may be at an increased risk for THS exposure because they are more likely to spend time indoors in close proximity to dust and placing non-food items in their mouths [5]. Additionally, THS may be a contributor to in utero smoke-induced pulmonary damage, as animal studies suggest that exposure to THS constituent’s altered homeostatic lung signaling leading to a breakdown of alveolar epithelial-mesenchymal cross-talk in fetal lung tissue [6]. The effect of THS on human health remains unknown and as a result multidisciplinary studies are needed to investigate THS—that is, determine exposure risk, characterization of THS constituents and their biological effects, evaluate tobacco control policies, and determine tobacco-related norms, preferences and behaviors. 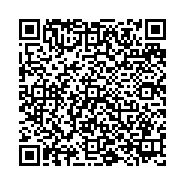