Copyright: © 2017 Ghatage A, et al. This is an open-access article distributed under the terms of the Creative Commons Attribution License, which permits unrestricted use, distribution, and reproduction in any medium, provided the original author and source are credited

The present study established a transposon mutagenesis procedure for Rhizobium japonicum forming symbiotic association with Mung bean (Vigna radiata). Suicide plasmid pko3 introduce the transposon Tn3 in to Rhizobium japonicum via Escherichia coli mediated conjugation and successfully generated 800 mutants with frequency of 3.7 × 10-6. These 800 mutants along with rifampicin resistant mutant and wild strain were screened for nodulation, which showed 100 mutants with pink coloured nodulation to mung bean plant. Out of 100 mutants 10 were promising for nitrogen fixation. The mutant AVR040 showed nitrogenase activity 12.4 μmol/h/mg fresh weight of nodule which is more than wild 9.61μmol/h/mg fresh weight of nodule, while AVR063 showed higher nitrogenase activity 19.4 μmol/h/mg fresh weight of nodule than AVR040.

Rhizobium, a soil inhabitant is a gram negative, motile, rod shaped bacterium that establishes a symbiotic association with the host legume by forming nodules on the surface of root. For the establishment and functioning of Rhizobium-legume symbiosis, coordinated expression of the several symbiotic genes of both partners is required [1-3].

A transposon is a DNA fragment which can transpose from one site to another in the genome. One of the applications of the transposon is to mutate a gene (mutagenesis) and determine the physical location of genes of interest [4].

Mung bean (Vigna radiata) is an important legume and a wellknown economic crop in tropical and subtropical countries. It is often included in crop rotation to replenish nitrogen and improve soil fertility [5]. Mung bean is used in several food products. It is rich in vitamin and minerals which are necessary for human body [6]. Different species of rhizobium are able to nodulate and fix nitrogen with Vigna radiata such as Bradyrhizobium japonicum, Bradyrhizobium liaoningense [5], Rhizobium fredii [7], etc. To ensure an optimum rhizobial population in the rhizosphere, seed inoculation of legumes with an efficient rhizobial strain is necessary, this helps to improve nodulation, nitrogen fixation and yield of leguminous crops [8].

The increased use of chemical fertilizers in agriculture, which constitutes the largest human interference in the nitrogen cycle, has prompted concerns regarding profound pollution impacts such as increased emissions of nitrogen oxides, soil acidification and water eutrophication. Fortunately the fixed nitrogen provided by biological nitrogen fixation is less prone to leaching and volatilization as it is utilized in situ, therefore this biological process contributes an important input for agriculture in a sustainable manner [9]. The object of the present invention is to enhance nitrogen fixing ability of Rhizobium infecting Vigna radiata by transposon mutagenesis which will compensate in the requirement of chemical fertilizer.

In the present study, slow growing rhizobium strain was isolated from root nodules of mung bean (Vigna radiata) and transposon Tn3 was used to generate mutants. It has been seen that there is increase in nodulation and nitrogen fixation of mung bean as compared with the parent strain.

The bacterial strains, plasmid used in this study are listed in Table 1. Organism was isolated from locally grown Vigna radiata root nodule. The isolate was identified by morphological, biochemical and physiological characteristics according to Somasegaran and Hoben [8]. Pure cultures were maintained on Yeast Extract Mannitol Agar (YEMA) slants at 4ºC and frozen in 50 percent glycerol at -80ºC. Tn3 suicide vector used here was from Bangalore GeNei, India. E. coli was grown on Luria Bertani (LB) medium with antibiotic ampicillin (100 μg/ml) and chloramphenicol (20 μg/ml) at temperature 37ºC. The minimal basal salts (M9) medium used for screening of transconjugants was supplemented with rifampicin (100 μg/ml) and ampicillin (100 μg/ ml) with pH 7.2. The antibiotics and chemicals used in this experiment were obtained from SRL Pvt. Ltd. (India)

Mating between Rhizobium japonicum and E. coli were conducted by method of Khetmalas [10]. Donor cells were harvested by centrifugation at the late exponential growth phase and recipient cells were harvested at stationary phase. Both the donor and recipient cells were washed three times with10 mM MgSO4 and then mixed at a donor-to-recipient ratio of 1:1. Here donor cell is E. coli and recipient cell is Rhizobium japonicum. Then 0.1 ml of cell suspension was transferred to a filter membrane (0.45 μm pore size; 25 mm in diameter) placed on mating medium. Controls were kept as individual filtered portions of the above cells, after incubation at 8 h at 30ºC; the filter was transferred to 2.0 ml of L.B. medium, diluted and plated on appropriate selective plates. The transposition frequency was defined as the ratio of recipient colonies scored on selective medium compared with the number of recipient colonies scored on non-selective medium after the mating period.

The seeds of Latika variety of mung bean were obtained and surface sterilized with 3 percent sodium hypochlorite as described by Somasegaran and Hoben [8]. Three seeds each placed in 800 pots and overnight cultures of wild and mutant’s strains were used for inoculation. Sterilized soil and water used for nodulation assay, after 30 days, nodulation were observed in these pots

Reisolation of bacteria: Bacteria were reisolated from nodules inoculated with mutants and plated on M9 medium with rifampicin (100 μg/ml) and ampicillin (100 μg/ml).

Estimation of nitrogenase activity: The measurement of nitrogenase activity was carried out at Vasantdada Sugar Institute, Manjri, Br. Pune, by using the acetylene reduction method as described by Somasegaran and Hoben [8] and analyzed by Perkin Elmer Gas chromatography (with dual porpak N column of 2.0 M length) with standard flame ionization detector.

Data were subjected to technique of variance (ANOVA) using medcalc computer software. The significance was calculated at 5 percent level of probability according to Duncan multiple range test.

Reduction in symbiotic effectiveness among streptomycin resistant mutants of Rhizobium sp. cicer infecting chick pea plant was observed previously by Dadarwal and Sindhu. They found some mutants with effective nodulation to the plant and also there were significant differences in nodule forming ability among mutants from the same parent strain. Some mutants did not form nodules on root system of chick pea plant, while nodules formed by some mutants show no acetylene reduction activity. Dadarwal and Sindhu concluded that antibiotics known to inhibit protein synthesis. The spontaneous resistance probably results in strains possess an unknown number of multiple mutations could alter the permeability of cell membrane or changes some phenotypic characteristic which results in loss of symbiotic effectiveness and bacteroid differentiation [11]. In this study nodulation and nitrogen fixation result of rifampicin resistant mutant Rhizobium japonicum AVR 1 clearly indicate that there is no change in symbiotic effectiveness of rifampicin resistant mutant; so it became the candidate for conjugation experiment. In this experiment, we strictly followed mating conditions because mating time and donor-recipient ratio affects conjugation efficiency [12].

In order to confirm purity and stability of mutations, bacteria were re-isolated from the nodules as previously done by Dadarwal and Sindhu [11]. These reisolates showed similar cultural and symbiotic properties and also retained the antibiotic resistant marker of mutants, thereby confirming the stability of the mutations. The transposon mutagenesis of Agrobacterium tumificiens by biparental mating was previously showed by Khetmalas [10]; the transpososition frequency obtained in this mating was 4.2 × 10-4. In this study the transposition frequency obtained in mating was 3.7 × 10-6. In present experiment nodulation results of transconjugate showed that some mutants with poor nodulation, some mutants with white coloured nodules and some are non nodulating. These mutants are deficient in functional interactions with plant. Study of Rhizobiumplant relationship, including study of mutants deficient in functional interactions will help to broaden our knowledge about the individual organisms and overall ecology of plant-microbe interactions [7]. The effect of high N-fertilizer concentration used in intensive agriculture will changes in the genome of microsymbionts will also affect nodulation [13]. The genetic biodiversity of Rhizobium in bean nodules is significantly affected by soil fertilization especially by ammonia & nitrate [14]. An efficient fertilizer capable to fix atmospheric nitrogen can play an important role in reducing chemical N fertilizer [7]. In this experiment, mutant Rhizobium japonicum AVR063 was found with nitrogenase activity of 19.4 μmol/h/mg fresh weight of nodule which was higher than wild.

(Results expressed as means ± SD for three replicates are significant at p<0.05; values followed by the same letter in column are not significantly different at 5 percent level of probability according to Duncan multiple range test).

The present study concluded that the strain Rhizobium japonicum AVR (063)::Tn3 showed higher nitrogenase activity as compared with the other mutants and wild type. This strain also benefited growth of Vigna radiata with increase in nitrogen fixation, nodule number and plant biomass; thereby it has potential to be used as inoculants to mung bean plant. 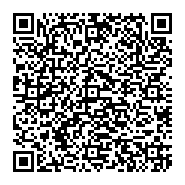