Background: Infant temperament predicts a range of developmental and behavioral outcomes throughout childhood. Both maternal fatty acid intake and psychosocial stress exposures during pregnancy may influence infant temperament. Furthermore, maternal race may modify prenatal diet and stress effects. The goals of this study are to examine the joint effects of prenatal diet and stress and the modifying effects of race on infant behavior.

Conclusions: An optimal PUFA ratio may protect the fetus from stress effects on infant behavior, particularly among Blacks. These findings may have implications for later neurodevelopment and social functioning predicted by early temperamental characteristics.

Copyright: © 2014 Brunst KJ, et al. This is an open-access article distributed under the terms of the Creative Commons Attribution License, which permits unrestricted use, distribution, and reproduction in any medium, provided the original author and source are credited. 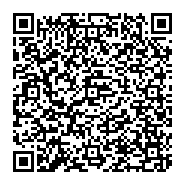