Domicile or Hospice? Choices for the Site of Delivery

Copyright: © 2012 Pandey S. This is an open-access article distributed under the terms of the Creative Commons Attribution License, which permits unrestricted use, distribution, and reproduction in any medium, provided the original author and source are credited.

Reducing maternal mortality depends on a functioning health system that provides skilled delivery services and essential obstetric care. Besides expert attention, it is essential that mothers deliver their babies in a suitable location so as to lessen the risk of complications that may be problematic to mother and child. Although the government of Nepal has initiated new strategies, i.e., through safe delivery incentive programme, to promote hospital delivery this is not followed substantially even in the semi-urban area. Since then and even now the place of delivery and its determinants have been on the research agenda. Furthermore it was observed that a number of socio-demographic characteristics of the individual affect the underlying tendency to seek care.

To explore the linkage between socio-demographic variables and place of delivery and to look at the reasons for delivering at home.

Sampling procedure: Initially, each screening camps was identified as a cluster. Then, all the women of cluster were listed and given number to those women who had delivered their babies within 1 year. Ten sample has been chosen from each cluster (random systematic). To begin with the sampling ratio, K/n (K=total population size/n=size of desired sample) and the random start was identified. Then each sample was extracted by choosing every kth entry. After taking an informed verbal consent, an interview was taken with the help of semi-structured questionnaire to collect information.

Statistical tools and software used: The collected data were coded, entered into SPSS database and analyzed with the computer software SPSS version 16. Results were obtained by the frequency distribution and cross tabulation of the variables. Chi-square tests were performed to determine whether there were statistically significant associations between the place of delivery and socio-demographic variables.

Demographic characteristics: Hundred respondents were interviewed using the questionnaire during the study period (Table 1). The majority i.e., 57% of respondent were from the age group 21-30. The mean age of respondents was 25.48 years with range varying from 17 to 42 years. The representation of ethnic group was comparatively higher (i.e. 46%) than the Brahmin and Chhetri (i.e., 35%). Majority (48%) of the respondents follow Hindu religion. More than half i.e., 57% of the family was joint type. Out of 100 respondents, only 27% are illiterate and the rest 73% were literate. Agriculture is the basis for the subsistence of the people of Nepal, out of 100 respondents 53% involved in agriculture and the rest 22% of the respondents are engaged in other non-agricultural pursuits like services (7%), wage labour (15%) and rest 25% were housewife. Household income was measured to access income because it was believe that the household income was measured more accurately than individual income and serves as an indicator of household resources that could be applied to healthcare. Sixty (60%) households are lower class by Nepalese standards with an average monthly income up to 5000 Nepalese rupees. Twenty five (25%) households are middle class with an average monthly income between 5,001 – 10,000 rupees and 15 (15%) households are upper class with an average monthly income above 10,000 rupees.

Place of delivery: Out of the sample population, 34% delivered their baby at institute and 66% at home (Figure 1). It was found that delivery place varies among the respondents, who deliver at home. Out of 66 home deliveries, 79% occurred inside the home and 21% outside the home i.e., in the yard. However, still 6% women give birth in shed or near the shed (Figure 2). 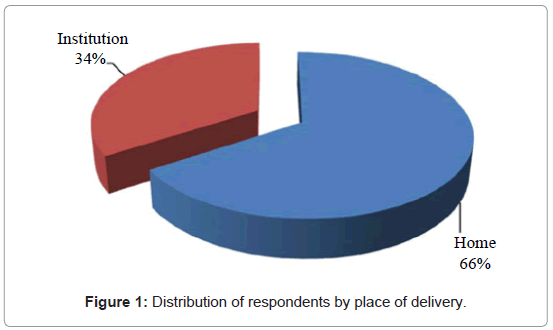 Figure 1: Distribution of respondents by place of delivery. 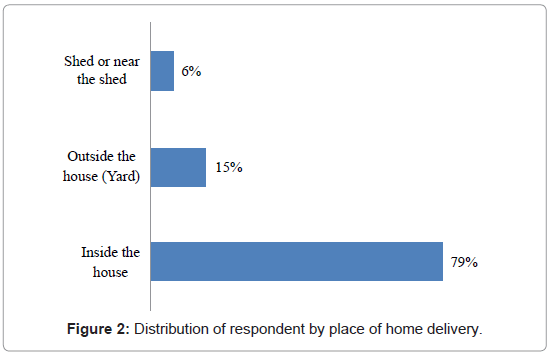 Figure 2: Distribution of respondent by place of home delivery.

Result from the study depicts that education has greater effect on behavior of seeking delivery places during delivery. Approximately 93% of illiterate women delivered their baby at home whereas 67.7% of women having primary level education, 59.3% having secondary level education and 26.7% having SLC and higher education had home delivery. The trend of delivering the baby at home decreases as level of education increases. Women with higher educational attainment are less likely than women with lower attainment levels to deliver their baby at home. The association between level of education and place of delivery is found to be statistically highly significant (p>.0001).

Type of delivery was influenced to some extent by ANC visit. Of the total 100, 42% respondents had visited health institution for antenatal checkups up to 4 times and rest 58% visited less than 3 times. Among the women who visited hospital for ante-natal checkups (ANC) up to 4 times, 76.2% delivered their baby at health institution and 23.8% at home. Similarly, 58.6% had practiced home delivery and 41.4% practiced institutional delivery among the women who go for ANC visit less than 3 times. Increase in ANC visit decreases the chances of home delivery. From the data it could be said that ANC visit promote to have institutional delivery.

Causes of home delivery: In Nepal, still more mother prefer to deliver their baby at home than in the hospital due to various reasons as presented in the Table 3.

Support during delivery at home: Out of 66 home deliveries, 72 percent of the delivery is conducted by non health personal like family member, relatives and neighbour where as only 12% of delivery conducted by female community health volunteer (FCHV) and traditional birth attendant (TBA) in community. Trained health personal has conducted only 8 percent of delivery. Other 8 percent women have delivered baby without any assistance (Table 4).

Table 4: Support during delivery at home.

Among the 66 delivery only 5 women delivered their baby without any assistance. Among them 60% of women said that they need no help while delivery. Similarly 40 percent of women said because of the shame or Laaz they didn’t call anyone for help.

Nepal has a unique kaleidoscopic diversity in its racial, ethnic and cultural features. This is the source of cultural and ethnic identity and socio-cultural practices. Indeed different delivery practices were performed as per the social and cultural norms and values. Giving birth to baby is perceived as natural phenomena. In addition, institutional delivery is looked-for only in the problematic situation. Due to this cause home delivery practice is still high in the study area.

This study shows that home deliveries are not only common in rural areas but also in semi-urban areas where maternity services are relatively easily accessible. Alike this study earlier study [1,2] also reported that the proportion of home deliveries increased the farther one gets from urban areas. The report by Nepal demography and health survey (NDHS) also reveals the trendof home delivery is higher than institutional delivery in Nepal. The Figure 1 depicts that out of 100 deliveries two-third (66%) of women delivered at home while only 34 percent delivered at hospital. This trend of home delivery i.e., 66% is less than the national figure i.e., 81% [3]. Most deliveries took place either in a separate room or some place inside the house which is similar to the report from a Nepal study [4].

Results show that trend of home delivery was slowly goes up as higher their age. Higher age group wishes to deliver at home because of past experience and shame. It was also noted that education has greater effect on behavior of seeking delivery places. Results show that women who have higher level of education are more likely to go for institutional delivery. The home delivery ratio was also influenced by the husband’s occupation. The home delivery ratio seems high whose husbands involves in wages labour. The preference for place of delivery was influenced, to some extent, by monthly income of family; lower the income higher the percentage of home delivery. Percent of Brahmin and Chhetri women was found higher to go for institutional delivery as compared to the other caste. Previous studies about home deliveries in urban and peri-urban areas also have reported poor maternal education and low socioeconomic status as the predictors of home deliveries [2].

Results from this study shows that most of the delivery was conducted by non-health personal like family member, relatives and neighbour. Previous studies also reported prominent role played by the mothers and mother-in-law during delivery and care of new born [1,5]. Similar findings have been reported by the study from NDHS [3] that most of the births are assisted by family members and neighbours, with only one-fifth of deliveries attended by health workers. Birth attended by skilled birth attendants (doctors, nurses and auxiliary nurse midwives) are as low as 11%. Another 10% birth were attended by traditional birth attendants (TBAs), who may be trained or untrained, however they do not qualify asskilled birth attendants [3]. Various studies [1,2,6] conducted in rural Nigeria confirmed the extremely low presence of skilled birth attendants, like doctors, nurses and auxiliary nurse midwife during delivery, who were not found present at delivery in our study result either.

From the finding it can be said that majority of women deliver their baby at home because of normal condition during delivery. Women think that institutional delivery is not necessary if there is no problem during child birth. If there is bleeding, retained placenta, urine retention or high blood pressures they perceive as problem if such problems happen during child birth only then they go health institution for delivery. Besides this, they think home is the easiest place for them to deliver baby. The socio cultural factor such as shame too seems as a major hindrance. As in the earlier studies [4,7] in this study the reasons for home deliveries were related to perception of home deliveries as easy, convenient, shame and fear as well as lack of money and transport.

As specified in previous studies [1,3,4] findings from this study also reveal that 8% of birth had delivered without any type of assistance at all. Not only the shyness and lack of knowledge about reproductive health was the cause of alone delivery. Instead, in the village context, people has to go for farming in their cultivated land and also due to geographical reason one house is situated far from another house and sometimes it was difficult for family member and neighbour to reach in time that’s why percentage of alone delivery is remarkable.

Pregnant women need to know about how to access a trained health personnel or a midwife during delivery and this kind of information can be sought at the time of ANC visit. For this reason the type of delivery was also influenced, to some extent, by ANC visit. Furthermore, various studies show that ANC visit can also helps to go for institutional delivery. Previous studies [8-10] have shown that ANC promotes institutional delivery, similar finding was observed in this study area as well.

Despite the continuous effort made by the government, to promote institutional delivery, home delivery is still prevalent even in the semiurban area of the Nepal. It was found that socio-demographic and socio-cultural factors are somehow associated with preference for delivering at home. Since these semi-urban women perceived home delivery as easy and convenient, increasing skilled birth attendance during delivery could be an important issue. This study provides information about the determinants of home and institutional delivery and the reason for delivering the baby at home. This information will assist in planning public health intervention programs aimed to bring about changes in behavior so as to promote institutional delivery in order to improve the situation of maternal morbidity and mortality.