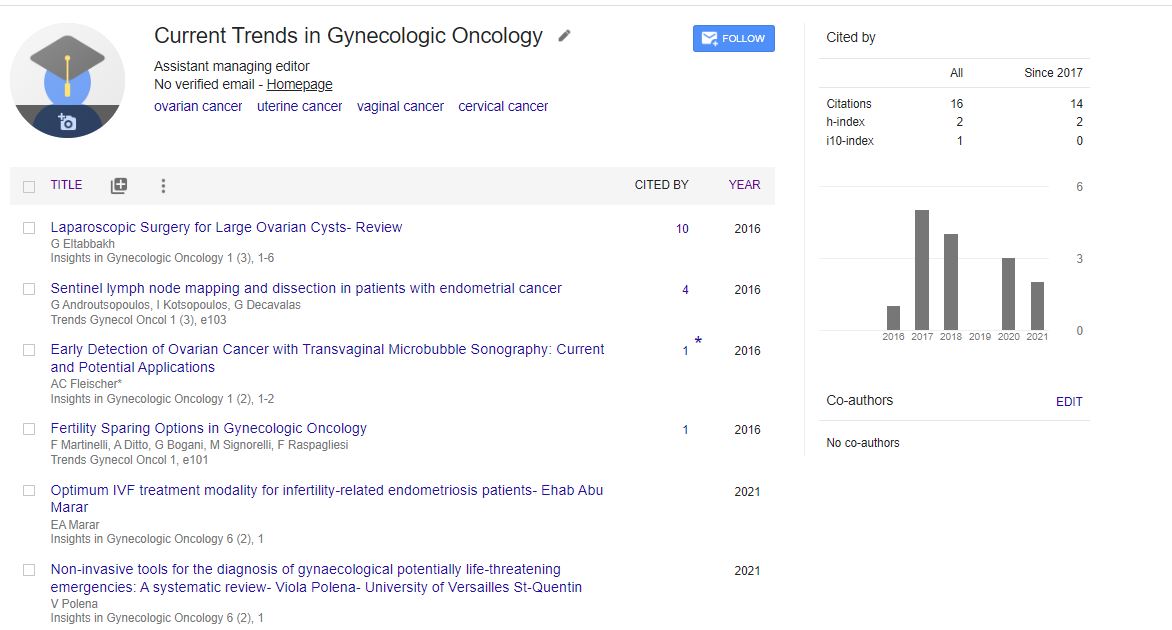 Samir A. Farghaly is a Physician / Scientist and national and international expert in Obstetrics and Gynecology at Joan and Sanford I. Weill College of Medicine and the New York Presbyterian Hospital/ Weill Cornell Medical Center- Cornell University, New York, NY – USA. He received his M.D. from London University and his PhD degree in molecular biology from London University. He was affiliated with major London University teaching hospitals, Columbia University College of Physicians and Surgeons/ Columbia University medical center, New York, NY-USA. He received several national and international clinical and research awards. He has been an invited speaker at several national and international conferences on Women’s health, Molecular genetic of female cancers, Gynecological cancer and oncologic radical surgical techniques. He is a member of several national and international societies, organizations, foundations of Women health and Cancer. He is the founder Editor-in Chief of Enliven: Challenges in Cancer Detection and Therapy Journal and The International journal of Gynecological, Obstetrical and Reproductive Medicine Research. He acts as Senior Editor/ Editor and member of editorial boards, editorial advisory boards of (18) international medical journals on Gynecological Cancers, Gene expression &Therapy, Women’s Health and Gynecology. He acted as guest editors of (4) special issues of international medical journals on oncology, gynecology and gene therapy. He is a reviewer for several medical journals on Obstetrics & Gynecology, molecular Genetics and therapy, Oncology, and Surgery. He has published 92 articles in reputed peer review journals. He has written several books chapters, and is an author and editor of (2) books on ovarian cancer published in 2012, and the third one published in Nov. 2013. The fourth book on endometrial cancer was published in January 2015. The fifth book on recent advances in diagnosis and management Gynecologic cancers will be published in December 2015, and the sixth book on ovarian cancer immunotherapy will be published in April 2016.