Knowledge about HIV/AIDS among Premedical Students in Misurata, Libya and the Effectiveness of a Health Education Intervention

Copyright:© 2012 Sugathan S, et al. This is an open-access article distributed under the terms of the Creative Commons Attribution License, which permits unrestricted use, distribution, and reproduction in any medium, provided the original author and source are credited.

Although treatments for AIDS and HIV can slow down the course of the disease, there is no known absolute cure or vaccine against this deadly disease. Antiretroviral treatment reduces both the mortality and the morbidity of HIV infection, but these drugs are expensive and routine access to antiretroviral medication is not available in all countries [5]. Preventing the infection is a key aim in controlling the AIDS pandemic.

Preventing the spread of human immunodeficiency virus (HIV) and sexually transmitted diseases (STD) requires a comprehensive strategy composed of high quality health care delivery systems coupled with effective, sustained and committed health education and health promotion interventions. These individual components of a prevention program must not operate in isolation, but must work together toward the well-being of the person at risk and the community as a whole [6].

According to a national sero‐prevalence study in 2004‐2005 conducted by the National Center for Infectious Diseases Prevention and Control, Libya conducted among 65,000 persons, using random cluster sampling, HIV prevalence in Libya was 0.13% overall (90 cases). In 2008, the National Infectious Diseases Control Center reported that the cumulative number of HIV cases in the Libyan Arab Jamahiriya was 11,152, out of which 8,654 were Libyan nationals [9].

Information on knowledge about HIV is important in identifying and better understanding of populations most at risk for HIV. Many prevention programs focus on increasing people’s knowledge about sexual transmission, hoping to overcome the misconceptions that may be acting as a disincentive to behavior change toward safer behaviors [10].

University students can benefit from specific education programs that disseminate important information necessary to avoid risky behavior, and which can improve the knowledge and attitudes on preventing HIV/AIDS. So it was decided to assess the knowledge of premedical students regarding HIV/AIDS and to conduct a health education intervention program among pre medical students in Misurata aiming to improve their knowledge about HIV/AIDS.

The Objectives of Study

1. To assess the knowledge of premedical students about HIV/AIDS.

2. To evaluate the effectiveness of a health education intervention on HIV/AIDS in improving the knowledge of premedical students.

An awareness study, followed by a health education intervention on HIV/AIDS.

A total of 160 premedical students of Misurata University, Misurata, of 17 to 20 years of age were included in the study. All of the participants were undergoing one year Pre medical course before entry into the medical college. During pre medical course, they are being trained in basic subjects such as chemistry, physics, biology, mathematics, and English language.

A questionnaire to assess awareness was prepared by the academic faculty of the department of Family and Community Medicine, Misurata University, after consulting with teaching faculty in Microbiology and Internal Medicine. Questions regarding awareness on various key areas were included in the questionnaire. Questionnaire was translated into Arabic.

Questionnaire was distributed to students for assessing their baseline knowledge and collected back.

Students were divided into 5 batches of 32 students each (160 in total), and the health education program was carried out, which consisted of 3 sessions for each batch, each of 45 minutes duration, conducted on 3 successive days. The lecture was of interactive type with specific time allotted for question and answer session. Medium of instruction was Arabic and PowerPoint slides along with charts were used as teaching aids. The talks were delivered by two intern doctors.

A sample of 160 premedical students from a total of 200 students, who participated in all the three sessions of health education and answered both the pre intervention and the post intervention questionnaires were included in the study.

The research steps were explained and the permission for conducting the research was obtained from the approving authority, Faculty of medicine, Misurata University, Libya.

Method of analysis of data

Pre intervention and post intervention knowledge scores of students were analyzed using paired t-test using SPSS and a p-value of less than 0.05 was considered as statistically significant.

A total of 10 Questions regarding various aspects of HIV/AIDS were asked before and after the health education intervention. Two questions were having multiple responses. Total score was 18. The percentages of correct answers were tabulated and the improvement in knowledge level following the intervention was studied (Table 1). 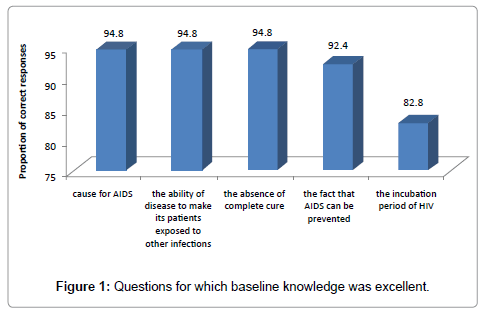 Figure 1: Questions for which baseline knowledge was excellent. 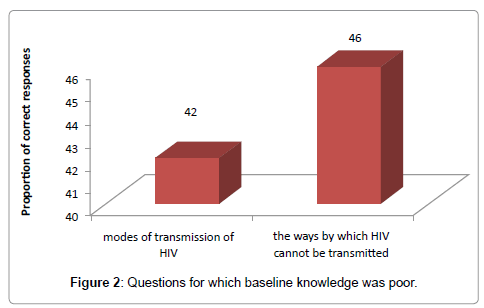 Figure 2: Questions for which baseline knowledge was poor.

Figure 3: Questions for which post test knowledge was excellent.

In our study, only 46% of students were having knowledge about ways by which AIDS can not be transmitted. A similar study done by Chen et al. among university students in China showed that 27% of students were having misconception about the ways of transmission of AIDS [13]. Poor level of knowledge about the different ways in which AIDS can not be transmitted, might be due to various cultural and religious restrictions which are prevalent in Libya, on spreading messages about AIDS and Sexually Transmitted Diseases. More health education sessions are required to remove the misconception and stigma for discussing about the modes of transmission of AIDS among the public. In post intervention evaluation, 84% got the knowledge. This finding emphasizes the need for intense health education interventions to remove the misconception regarding the modes through which HIV/AIDS can be transmitted.

In our study, 82.8% of students were having knowledge about incubation period of disease. In post intervention assessment, 90% gained the knowledge. In a study done by Al-jabri and Al-Abri in Oman 94% of medical and non medical students, who participated in the study, were aware of incubation period of HIV/AIDS [14].

In the present study, 94.8% of students were having knowledge about the ability of the disease to make its patients susceptible to other infections. All of the students (100%) got this knowledge after the health education. In a study done by Kubde et al. in Nagpur, India, 70% of nursing students knew that HIV causes loss of immunity and eventually leads to many opportunistic infections [15]. In our research, 76.8% were aware about the ability of HIV to cause cancers. A similar study done by Odusanya and Alakija in Nigeria found that 50% of secondary school students were having knowledge that there is relation between AIDS and cancer [12]. During post intervention evaluation, 87.6% of students gained this knowledge. In our study, basic education level of students was higher which might have resulted in better baseline knowledge.

In our study, 76.8% were having knowledge about non-availability of effective vaccine for AIDS. After the health education session, 91.2% got the knowledge. In a study done by Onigbogi et al. in Kuopio, Finland the overall correct responses regarding vaccine availability for AIDS was 77% among 2nd year medical students and 70% among 5th year medical students [17]. This shows the better baseline knowledge among premedical students in Misurata, compared to Finnish medical students. In the present study, 78% of students were having knowledge that AIDS is always fatal. After health education, this knowledge was improved to 84%. In a study done by Kubde et al. [15] in India among nursing students, 31.9% thought that AIDS is not serious at all, and it’s just like having a common cold [15]. Another research done in Oman, 94% of medical and non medical students who participated in the study, were aware that HIV is a life long infection and will result in death [14]. This shows that there is a wide variation in the knowledge about the fatality of AIDS.