Shigellosis (i.e. bacillary dysentery) is a major public health burden in developing countries. Increased incidence of antibiotic resistance in Shigella flexneri (S. flexneri), constitute a major public health concern. S. flexneri is a non-motile, non-spore forming, non-lactose fermenting, Gram-negative, facultative anaerobic and rod shape bacterium, belongs to Enterobacteriaceae family. It mainly causes infection through contaminated food/water or with fecal matter [1,2]. Shigella spp. causes acute gastrointestinal infections by invasion to the mucosa (colonic epithelium), where it releases potent cytotoxin (shigatoxin) that causes severe local mucosal inflammation or ulceration due to low pH tolerant to acidic environment [3,4]. It does not produce gas from carbohydrates but ferment glucose predominately which is one of the characteristic features [5]. Manifestation of clinical complications in S. flexneri infected patients such as shigellosis (watery diarrhoea with mild vomiting), reactive arthritis and hemolytic uremic syndrome [6]. Shigellosis is predominantly a sexually transmitted disease, caused by Shigella spp. with direct oral-anal contact conferring the highest risk in HIV infected host [7]. Since, 2009 there has been an increase in UK-acquired infections amongst men who have sex with men (MSM). An outburst of S. flexneri amongst MSM has also described in North America in 2007 [8].

According to the United States Centers for Disease Control and Prevention (CDC) reports, that more than one million deaths of the developing world occur per year due to infections with Shigella spp. [1]. From literature it has been also reported that Shigella species infect ∼450,000 persons annually in the United States [7], resulting in 6200 hospitalizations and 70 deaths [9]. National Institute of Cholera and Enteric Diseases (NICED) reported that high frequency of resistance in Shigella against many of the first line antimicrobial agents (multidrug resistant) have been reported in recent years [10]. Fluoroquinolone or ceftriaxone are the drug of choice to treat shigellosis. However, due to high tendency of multidrug resistance globally including fluoroquinolones and newer cephalosporins, particularly in South and East Asia [11], some alternative strategies are needed to treat against strain of S. flexneri.

Harold Saton Burr, had performed the detailed studies on correlation of electric current with physiological process and concluded that every single process in the human body had an electrical significance [12]. Furthermore, the energy exists in various forms and there are several ways to transfer the energy from one place to another such as electromagnetic waves, electrochemical, electrical and thermal etc. Similarly, the human nervous system consists of neurons, which have the ability to transmit information and energy in the form of electrical signals [13]. According to Rivera-Ruiz et al. electrocardiography has been extensively used to measure the biofield of human body [14]. Thus, human has the ability to harness the energy from environment or Universe and can transmit into any living or nonliving object(s) around the Globe. The objects always receive the energy and responding into useful way that is called biofield energy and the process is known as biofield treatment. Mr. Trivedi’s unique biofield treatment (The Trivedi Effect®) has been known to transform the structural, physical and thermal properties of several metals and ceramic in materials science [15-17], improved the overall productivity of crops [18,19], altered characteristics features of microbes [20-22] and improved growth and anatomical characteristics of various medicinal plants [23,24].

Due to the clinical significance of this organism and literature reports on biofield treatment as an alternative approach, the present work was undertaken to evaluate the impact of biofield treatment on S. flexneri in relation to antimicrobials susceptibility, minimum inhibitory concentration (MIC) and biotyping based on various biochemical characters.

Two ATCC samples A (revived) and B (lyophilized) of S. flexneri were grouped (Gr.). The revived sample A was divided into two parts Gr.I (control) and Gr.II (revived; treatment); likewise, ATCC B was labeled as Gr.III (lyophilized; treatment).

The Gr. I remained as untreated. The treatment Gr. II and III in sealed packs were handed over to Mr. Trivedi for biofield treatment under laboratory condition. Mr. Trivedi provided the treatment through his energy transmission process which includes bioenergy emission to the treated groups (Gr. II and Gr. III) without touching the samples. After treatment, sample was handed over in the same condition and stored at standard conditions as per the standard experimental protocol. An optimum precautionary measure were taken while evaluating the study parameters throughout the experiments. The differences in parameters before and after the treatment were noted and compared. Gr.II was assessed at two time point i.e. on day 5 and day 10, while Gr. III was assessed on day 10 for antimicrobial susceptibility, MIC, biochemical reactions pattern, and biotyping.

Investigation of antimicrobial susceptibility of S. flexneri was carried out with the help of automated instrument, MicroScan Walk- Away® using NBPC 30 panel as per the clinical and laboratory standards institute (CLSI) guidelines. The test was carried out on MicroScan which was miniaturized of the broth dilution susceptibility test that has been dehydrated. Briefly, the standardized suspension of S. flexneri was inoculated, rehydrated, and then subjected to incubation for 16 hours at 35°C. The detailed experimental procedures and conditions were followed as per the manufacturer’s instructions. The antimicrobial susceptibility pattern (S: Susceptible, R: Resistant; and I: Intermediate) and MIC were determined by observing the lowest antimicrobial concentration showing inhibition of growth [25].

dentification of organism by biotype number

The biotype number of S. flexneri was determined on MicroScan Walk-Away® processed panel data report with the help of biochemical reactions data [25].

MIC data are presented in µg/mL; Gr.: Group; ESBL-a, b Scrn: Extended-spectrum ß-lactamase screen a and b

Study of biochemical reactions can be utilized to identify the enzymatic and metabolic characteristic features of microbes. Microorganisms can be categorically differentiated based on their utilization of specific biochemicals as nutrients during the process of metabolism and/or enzymatic reactions. The specific biochemical, which showed some changes against S. flexneri after biofield treatment are shown in Table 3. Biochemicals such as cetrimide (CET), cephalothin (CF8), citrate (CIT), nitrofurantoin (FD64), kanamycin (K4), lysine (LYS) and ornithine (ORN) were changed from negative (-) to positive (+) reaction in Gr. II on day 10 while remain unaltered i.e. negative (-) reaction on day 5 in Gr. II and on day 10 in Gr. III with respect to control. Moreover, indole (IND) was changed from positive (+) to negative (-) reaction in Gr. III while remained unchanged i.e. positive (+) reaction in Gr. II on both day 5 as well as day 10 with respective to control. Overall, 24.24% (eight out of thirty three) biochemical reactions were altered in tested biochemicals with respect to control after biofield treatment. Revived treated cells of S. flexneri (Gr. II) showed 21.21% and lyophilized treated cells (Gr. III) showed 3.03% alteration on day 10 while no alteration was observed on day 5 in Gr. II in term of biochemical reactions as compared to control. About 75.76% (out of thirty three) tested biochemicals, such as acetamide (ACE), adonitol (ADO), arabinose (ARA), arginine (ARG), colistin (CL4), esculin hydrolysis (ESC), glucose (GLU), hydrogen sulfide (H2S), inositol (INO), malonate (MAL), melibiose (MEL), nitrate (NIT), oxidation-fermentation/glucose (OF/G), ortho-nitrophenyl-β- galactoside (ONPG), oxidase (OXI), penicillin (P4), raffinose (RAF), rhamnose (RHA), sorbitol (SOR), sucrose (SUC), tartrate (TAR), tryptophan deaminase (TDA), tobramycin (TO4), urea (URE) and Voges-Proskauer (VP) did not show any change in all the treated groups after biofield treatment as compared to control (Table 3).

Table 3: Effect of biofield treatment on Shigella flexneri to the biochemical reaction pattern.

Based on existing literature differentiation of specific Shigella serotype on the basis of their sugar fermentation pattern is difficult. The key characteristic feature for S. flexneri bacterium is non-lactose fermenting, but it can ferment glucose with production of acid [2]. In this experiment, control sample of S. flexneri resulted positive (+) reaction in GLU and negative reaction (-) in case of SUC. The findings were also reported in the literature [29]. These findings could be due to fermentation of GLU and produce acid, which supports the characteristic feature of S. flexneri. In the present study, negative reactions (-) of VP and URE utilization tests were observed in control sample of S. flexneri. The findings were also reported in the literature [30].

Identification of Organism by Biotype Number

The species (S. flexneri) was identified based on variety of conventional biochemical characters and biotyping. Biotype number of particular organism was evaluated after interpreting the results of the biochemical reactions. The biotype number then led to the particular organism identification. Based on the biochemical results, biotype number was changed in revived treated cells (Gr. II) on day 10 (40015042) as compared to untreated strain of Shigella species (40010000). In Gr. II due to change in biotype number a new organism i.e. Edwardsiella tarda was identified, which could be due to change in enzymatic and/or genetic level after biofield treatment. However, the biotype numbers of S. flexneri were not altered in Gr. II (on day 5) and Gr. III (on day 10) as compared to control (Table 4).

Rapid emergence and outbreaks of resistant microorganisms due to widespread selective pressure and efficient dissemination channels are one of the factors that might have contributed to the spread of resistant organisms [31]. Due to microbial resistance to a single or multiple drugs, invention of an effective antimicrobial therapy for the human-wellness is urgently required. However, due to some limitation of science, the progress of new medications are slow and very challenging for scientists. Biofield treatment could be responsible for alteration in microorganism at genetic and/or enzymatic level, which may act on receptor protein. While altering receptor protein, ligand-receptor/protein interactions may alter that could lead to show different phenotypic characteristics [32]. Moreover, the alteration in susceptibility patterns may be due to mutation occurs at genetic level on biofield energy treated S. flexneri [33]. Biofield treatment might induce significant changes in revived strain of S. flexneri and alter antimicrobials susceptibility pattern, MIC values and biochemical reactions. Based on these results, it is postulated that, biofield treatment could be used to alter the sensitivity pattern of antimicrobials.

Altogether, the biofield treatment has significantly altered the susceptibility pattern (35%) and MIC values (46.88%) of tested antimicrobials against the ATCC strain of S. flexneri in revived treated cells (Gr. II) on day 10 as compared to control. It also altered the biochemical reactions pattern (21.21%) in biofield treated strain of S. flexneri in Gr. II as compared to control. On the basis of changed biochemical reactions of S. flexneri the biotype number was altered in Gr. II with identification of new organism, Edwardsiella tarda (40015042) as compared to untreated strain of Shigella species (40010000). Mr. Trivedi’s biofield treatment could be applied as an alternative therapeutic approach to alter the sensitivity pattern of antimicrobials in near future. These findings suggest that there is a need to carry out extensive susceptibility studies at molecular level. 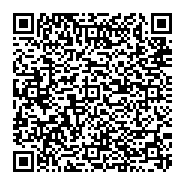