On September 18, 2001, anonymous letters laced with anthrax spores were dropped in a mailbox in Trenton, New Jersey, en route to multiple national news organizations. A second mailing in early October had refined the spores into an easily-inhalable powder and targeted two U.S. senators [1]. The most recent bioterror attack in U.S. history had begun, and spurred a national frenzy in the wake of 9/11 [2,3]. In all, just 17 people were hospitalized and only 5 died, [4] but the event instigated an order-of-magnitude increase in biodefense spending and transformed the entire biodefense landscape over the following 15 years. [5,6]. The 2001 anthrax attacks inspired a rapid scaling in American biodefense through the Bio Watch program, stockpiling of smallpox vaccine, Project Bio Shield, and massive increases in bio agents research; however, increased spending and scale have failed to yield sufficient protection [7].

The United States had long been concerned with biosecurity prior to the 2001 anthrax attacks, providing an existing infrastructure on which to build. The first U.S. biological defense program began in 1953, paralleling a larger offensive bioweapons program established in 1943 [8]. In 1954, Congress authorized a medical volunteer program termed “Project White coat” to extend the biodefense program and help develop medical countermeasures to known threats [9]. The program operated alongside the offensive bioweapons program through 1969, when the Nixon administration renounced all development, production, and stockpiling of biological weapons and maintained that the U.S. would retain only small quantities of infectious agents to develop medical countermeasures [10,11]. Three years later, in 1972, an agreement was reached between more than 100 nations at the Biological and Toxin Weapons Convention “never in any circumstances to develop, produce, stockpile or otherwise acquire or retain” biological agents or toxins [12]. American biosecurity initiatives became entirely defensive, and few major policy changes occurred for nearly three decades until the second term of the Clinton administration. In 1997, the U.S. formally defined “Biologically Select Agents or Toxins” (BSATs) as agents with the “potential to pose a severe threat to public health and safety” [13] and put BSATs under regulation by HHS and the Department of Agriculture [14]. Two years later, in 1999, the Laboratory Response Network (LRN) was founded to “ensure an effective laboratory response to bioterrorism” [15] by quickly diagnosing and confining bio-agents. In the same year, the Strategic National Stockpile (SNS) was formed to maintain large stocks of essential medical supplies that could be delivered to communities “within 12 hours of the federal decision to use the stockpile” [16]. The SNS initially focused on smallpox, and 40 million vaccine doses were ordered in 2000 to be delivered by 2006; [17]. By summer 2001, however, only 15 million smallpox vaccines were held in the SNS, with little else. Finally, between 1997 and 2000, three covert missions — Project Bacchus, Project Clear Vision, and Project Jefferson— were launched to investigate the efficacy of Soviet bioweapons technology, focusing on the creation and dispersion of genetically engineered anthrax [18]. Together, these many initiatives drove biodefense spending to nearly $700 million annually and served as an attempt to bolster a broadly neglected biodefense program [19] also setting the stage for the 2001 attacks and subsequent initiatives.

In early 2001, the Hart-Rudman Commission on National Security predicted that, “rapid advances in information and biotechnologies will create new vulnerabilities for US security” [20]. In early September, three former New York Times reporters released an adapted excerpt from Germs in The Times magazine, detailing the extreme dangers of bioterrorism [21]. It was no secret that biological weapons presented an urgent threat to national security, yet America was unprepared; the attacks exposed gaping holes in medical countermeasures and public health response that required immediate action. The LRN failed to identify the attacks for over a month, the SNS carried no viable antibiotics, and no strategy was in place to respond [5,21]. In the weeks following the Anthrax attacks, the Bush administration led an urgent push in biodefense both by expanding past programs and forging new initiatives. By 2002, biodefense spending spiked above $4 billion, nearly an order of magnitude above the $633 million spent the year before. By 2005, spending had crested $8 billion dollars, before levelling off around $5 billion annually over the next decade. The changes in U.S. policy and funding set in motion by the attacks fundamentally transformed the landscape of national biodefense and form the foundations of current strategy, though today the country remains vulnerable to bioterror [22,23].

One of the first efforts enacted was the Bio Watch program, founded to “[provide] early detection of a bioterrorism event and [help] communities prepare a coordinated response” [24]. Hundreds of millions were spent to purchase and deploy dozens of Bio Watch detectors in 20 metropolitan areas across the country within months of the anthrax attacks [21]. The detectors were designed to test for aerosolized release of anthrax, plague, smallpox, tularemia, and other undisclosed pathogens by sampling the air each day and having personnel run daily assays on collected material [25,26]. The BioWatch program was intended to hasten both detection of and response to bioweapons attacks, but the program’s utility has proved questionable. The efficacy of Bio Watch detectors to identify aerosolized agents in the field remains unknown [27] and more than $1 billion has been spent on detector maintenance and sample collection alone [21]. According to a 2015 GAO report, the Bio Watch detectors had identified 149 potential threats through the end of 2014, none of which were “found to be associated with the release of a biothreat agent” [28]. Despite the costs and false positives, BioWatch detectors remain actively deployed in more than 30 U.S. metropolitan areas [26].

A second principal initiative of the Bush administration in responding to the anthrax crisis was a massive increase in the SNS, focusing on smallpox [29]. Within weeks of the attacks, some 170 million additional doses of smallpox vaccine were ordered to add to the existing 40 million purchased the year before [17]. Furthermore, between 2001 and 2004, the National Institute of Health and civilian laboratories across the country collaborated under the leadership of legendary epidemiologist, D. A. Henderson, to develop new vaccines and production techniques so that every American could be protected in event of attack [30]. These initiatives proved extremely successful, and the modern SNS holds over 300 million doses of smallpox vaccine [14] including specialized treatments for the immune compromised, pregnant women, and the elderly [31]. The explosion of the SNS following the anthrax attacks was driven largely by Project Bio Shield and extended far beyond smallpox alone.

Announced in the 2003 State of the Union Address by President Bush and enacted in 2004, Project Bio-Shield pledged $5.6 billion to procure “next-generation medical countermeasures” [32]. The program also granted NIH authority and flexibility to pursue the most “qualified countermeasures” [33] and allowed the FDA to forego licensure for late-stage medical countermeasures in the event of emergency [34]. Bio Shield rapidly and vastly increased the inventory of the SNS; by 2011, the program— along with associated initiatives— procured sufficient smallpox vaccine to inoculate every American, enough anthrax vaccine for a “three-city attack,” and versatile therapeutics to treat and inoculate against other select agents [35]. Despite its apparent successes, Project Bio Shield has come under scrutiny. By 2011, hundreds of millions were spent to produce a new anthrax vaccine to no avail and no broad-spectrum antibacterial or new antiviral drugs were held in the stockpile [36]. Most importantly, despite the scale of the program, American biodefense has failed to improve. A 2011 “report card” on biodefense issued by the bi-partisan WMD Terrorism Research Centre led by Senators Graham and Talent gave the country an F for failure to develop a comprehensive strategy to combat a diseasebased attack, along with Fs in attribution and Cs in communication [35]. According to the centre, the government — largely through Bio Shield and associated initiatives — “has spent more than $65 billion on biodefense… without an end-to-end, strategic assessment of the nation’s bio response capabilities [36].

Massive increases in biodefense funding spurred a number of ambitious research projects to mitigate the risks of a bioterror attack through medical countermeasures. In a high-profile case, National Institute of Allergy and Infectious Disease director Anthony Fauci said in October 2002 that the additional $1.5 billion in funding attributed to his agency would allow it to produce a vaccine and two drugs for some twelve bioweapons diseases within just 10 years [7]— a tall task considering a single drug costs more than $1 billion to bring to market [37]. The U.S. also signed many contracts with private companies hoping to produce new vaccines and drugs, including a sizable contract with VaxGen for a next-generation anthrax vaccine as part of Project Bio Shield. Between 2001 and 2008, $41 billion were injected into the system, distributed across seven federal departments and agencies [14]. Despite the financial support, the initial goals were far too ambitious and many research initiatives yielded little progress. Furthermore, the rapid increase in personnel researching select agents proved controversial. According to a 2007 statement from microbiologist Richard Ebright of Rutgers University, the explosion of biodefense research under the Bush administration let to a 20- to 30-fold increase in the number of individuals with access to bioweapons agents, each of whom represented a potential threat of attack [7,25]. Others in the scientific community have argues that the expansion increased the probability of accidental pathogen release, making large-scale research a public health hazard. [1,14]. To date, the massive spike in research funding has yielded few tangible results [7] and may expose the country to internal threats.

The 2001 Anthrax attacks fundamentally transformed the American biodefense landscape by reinvigorating spending and research in the space, expanding past initiatives such as the SNS while implementing massive new programs such as Bio Watch and Bio Shield to diagnose and respond to future attacks. Unfortunately, these many programs have resulted in billions of dollars spent on faulty detectors, decades-old vaccines, and risky research expansion with few tangible improvements. On the surface, the changes have helped. There have been no bioterror incidents since the 2001 attacks, America is protected against smallpox, and more medical countermeasures are being purchased each year to add to the SNS. Yet a deeper analysis yields damning results. A 2015 Blue Ribbon Report on Biosecurity found the biological threat to be “real and growing” [38] in 2007, chief technology officer of the GAO Keith Rhodes told a congressional hearing that “we are at greater risk today” of a bioterror attack; [7] in 2011, the New York Times reported “an endless series of grim diagnoses on the health of the nation’s biodefense’s” from more than 100 senior officials, describing the current efforts as “full of leaks, choke points and dead ends.” [34]. Clearly, the initiatives founded and expanded following the 2001 anthrax attacks have been insufficient to secure the U.S. from bioagents, particularly in an age of rising synthetic biology when “a person at a graduate-school level has all the tools and technologies to implement a sophisticated program to create a bioweapon.” [14]. A tragedy was required to prompt the marginal improvements in biodefense in the years following 2001, and biodefense funding has once again plateaued over the past decade. Must we now wait for the next tragedy? An effective biological attack could put hundreds of thousands of people at risk and cost upwards of $1 trillion to recover. The foundations of our national biodefense systems are reactionary, implemented almost exclusively in the face of national crises. We desperately need to prioritize biodefense as a key element of our homeland security before the next attack rather than in response to it. If we fail to address the gaping holes in our defences, we may soon find ourselves back in the shoes of the Bush administration in October of 2001 — caught flat-footed with few plans and minimal data, spending billions in the face of a haemorrhaging nation in an impossible attempt to salvage our national security.

Copyright: © 2018 McCarty A. This is an open-access article distributed under the terms of the Creative Commons Attribution License, which permits unrestricted use, distribution, and reproduction in any medium, provided the original author and source are credited. 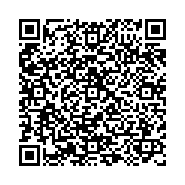