Copyright: © 2014 Bulgin D. This is an open-access article distributed under the terms of the Creative Commons Attribution License, which permits unrestricted use, distribution, and reproduction in any medium, provided the original author and source are credited.

The term periodontitis is used to describe a group of multifactorial diseases that result in the progressive destruction of the structures that support the teeth within the jaws, the so-called attachment apparatus, which includes the periodontal ligament, cementum and alveolar bone [1,2]. Periodontitis resulting from a predominantly gramnegative microbial infection within the sub-gingival dental plaque biofilm is highly prevalent in adult populations around the world and much more than a localized oral infection. Recent data indicate that periodontitis may cause changes in systemic physiology [3,4]. In vitro and animal studies suggested that systemic inflammation due to pathogens associated with periodontal disease may play a role in the initiation and progression of some systemic diseases. Periodontal infections should therefore be considered as a risk factor for various systemic diseases [5]. Periodontal pathogens and their products, as well as inflammatory mediators produced in periodontal tissues, might enter the bloodstream, causing systemic effects and/or contributing to systemic diseases [3,4]. Chronic periodontitis has been suggested as a risk factor for cardiovascular diseases associated with atherosclerosis, bacterial endocarditis, diabetes mellitus, respiratory disease, preterm delivery, rheumatoid arthritis, and, recently, osteoporosis, pancreatic cancer, metabolic syndrome, renal diseases and neurodegenerative diseases such as Alzheimer’s disease [3,6,7]. Periodontitis-induced bacteremia/endotoxemia has been shown to cause elevations of serum proinflammatory cytokines such as interleukin-1, interleukin-6 and tumor necrosis factor-alpha, which have been demonstrated to produce alterations in lipid metabolism leading to hyperlipidemia, associated with measures of atherosclerosis and endothelial dysfunction [6]. The endothelial dysfunction, with blood pressure elevation and increased mortality risk in hypertensive patients. Inflammatory biomarkers are increased in hypertensive patients with periodontitis. Over the years, various researches have been performed to evaluate the involvement of periodontitis in the initiation and progression of hypertension. Many cross-sectional studies documented an association between hypertension and periodontitis [8]. In some researches intensive periodontal therapy showed a significant reduction of lymphocyte formula, of CRP levels, of interleukin-6 and of LDL cholesterol after two months [9]. Therefore periodontal therapy may reduce atherosclerotic changes and improve endothelial function [10]. Interrelationships between periodontal infection and adverse pregnancy outcomes (typically among those who are middle-aged or older) have become increasingly appreciated in recent years [10,11]. Chronic periodontitis may be independently associated with head-and-neck squamous cell carcinoma through direct toxic effects of bacteria and their products, and/or through indirect effects of inflammation. Recent reports have linked periodontal disease with increased risk of squamous cell carcinoma of head and neck [12]. Additionally, chronic periodontitis may facilitate the acquisition and persistence of oral HPV infection, a recently emerged risk factor for head-and-neck squamous cell carcinoma [10]. During past decades the relationship between dentistry and internal medicine and especially the concept of the so-called focal infection theory have long been a matter of debate [7]. In order to rationally treat and prevent periodontal disease, we need to know the etiologic agents for specific patients, and the mechanism of bacterial pathogenesis in periodontitis [13]. Knowledge about the link between periodontitis and systemic diseases are growing rapidly. Physicians and dentists should be aware of this link and provide treatment that will greatly benefit the patients [14]. In systemic diseases in which the periodontal tissues are affected as well, early detection and carefully managed therapeutics with the physician and periodontist working together may prove beneficial to the patient’s general health and quality of life. 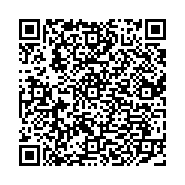