Copyright: © 2016 Rastogi R, et al. This is an open-access article distributed under the terms of the Creative Commons Attribution License; which permits unrestricted use; distribution; and reproduction in any medium; provided the original author and source are credited.

Choledochal cysts involve varying degrees of dilatation of different parts of intrahepatic and extrahepatic biliary tree. However, similar dilatation of cystic duct is of rare occurrence with few case reports in existing medical literature and majority being diagnosed during surgery. The present article discusses a rare coexistence of cystic duct cyst with choledochal cyst that was diagnosed preoperatively by characteristic imaging features.

Though cystic dilatation of intrahepatic and extrahepatic biliary tree has been classified by Todani, yet no classification exists for cystic dilatation of cystic duct. Cysts of cystic duct are extremely rare with few cases reported in medical literature [1-4]. Some consider it as Type-VI choledochal cyst [3,6]. Very rarely, they may be associated with choledochal cysts as seen in our case. Cystic duct and choledochal cysts usually present with nonspecific symptoms like upper abdominal pain or vomiting but rarely may present with features of obstructive jaundice or secondary to complications which include cholangitis, cholelithiasis, choledocholithiasis, pancreatitis or biliary tract malignancy [1,6]. These cystic lesions are usually detected on ultrasonography (USG) of the abdomen but may require magnetic resonance imaging (MRI) with magnetic resonance cholangiopancreatography (MRCP) for confirmation of diagnosis along with its exact location, dimensions and presence of any concurrent condition or complications.

A six-year old male child visited the outpatient department of our hospital with off and on history of right upper abdominal pain since 5-6 months and a history of recurrent vomiting since five days. The vomiting was non-projectile and non-bilious. There was no history of fever, jaundice or significant weight loss.

Clinical examination did not reveal any significant finding except for mild right hypochondrial tenderness. Laboratory examination was unremarkable. USG of abdomen was advised to evaluate the cause of abdominal pain.

USG abdomen revealed cystic, anechoic, non-vascular lesion in porta hepatis anterior to portal vein measuring up to 18-19 mm in anteroposterior diameter communicating with gall bladder on one side and dilated common bile duct on the other side; latter measuring up to 23-24 mm in anteroposterior dimension (Figure 1). Gall bladder was only partially distended as the patient was not in fasting state. MRI with MRCP was then performed after 8 hours of fasting for further evaluation of the above-described findings. It revealed fusiform dilatation of cystic duct measuring up to 24 × 20 mm communicating through a wide neck measuring up to 14-15 mm in anteroposterior dimension with the fusiform dilatation of common bile duct measuring approximately up to 60 × 35 mm without obvious intraluminal focal lesion or mass. Intrahepatic biliary radicles, gall bladder, main pancreatic duct and pancreas were unremarkable.

Based on the above-described findings, cystic duct cyst coexisting with choledochal cyst (a rare occurrence) was diagnosed. Patient was put on smooth muscle relaxants, anti-inflammatory and anti-emetic agents for 5 days, following which he remained asymptomatic for next 4-6 weeks. He was then advised surgical excision as early as possible.

Cystic dilatations of biliary tree are rare congenital malformations known as choledochal cysts occurring with an estimated incidence of one in 30,000 to one in 2 million of western population where it is less common than in Asians. They have been well classified by Todani in to five categories as given below [7]:

These cysts usually present in neonatal or childhood period with palpable lump or nonspecific symptoms of recurrent vomiting or right hypochondrial pain with less than one-third presenting in adulthood [5,6].

USG abdomen is usually the first line investigation followed by MRI with MRCP for confirmation of diagnosis; determination of exact location and dimensions of cysts and status of intrahepatic biliary radicles, gall bladder (Figure 2) and main pancreatic duct [6,8,9]. Communication with the biliary tree is the key to diagnosis. Cystic duct cyst may show fusiform or saccular dilatation with narrow or wide necks of communications [4]. These radiological investigations also help in detecting any concurrent disease as cholelithiasis, choledocholithiasis or pancreatitis. Though endoscopic retrograde cholangiopancreatography (ERCP) is the gold standard investigation in these cases but is avoided due to its invasive nature and risk of pancreatitis especially in cases of large cysts where complete biliary tract evaluation may not be optimal [10,11].

Multidetector computed tomography (MDCT) though less often preferred for evaluation of cystic duct and choledochal cysts due to need of intravenous contrast and radiation exposure yet it may be used when MRI is not available [12]. In difficult cases, 99mTc-iminodiacetic acid cholescintigraphy may be used to establish the biliary communication of the cyst [13].

Early management with surgical cyst excision is the treatment of choice due to increased risk of biliary malignancy which is further aggravated by presence of coexisting pancreato-biliary anomalies [1,14]. Drainage procedures as cyst enterostomy or hepatic jejunostomy are frequently associated with bile stasis, infection, inflammation, pancreatitis and even malignancy, hence such procedures are preferred only in adulthood where other concurrent conditions complicate the case preventing complete cyst excision [1,14].

Cystic duct cyst is an extremely rare congenital anomaly that may rarely coexist with choledochal cysts. Radiologicrral investigations especially MRCP play a major role in preoperative evaluation and management of these cysts. As these are associated with increased risk of bile stasis; biliary tract infection and inflammation; pancreatitis and biliary malignancy, hence early surgical treatment is the management of choice. 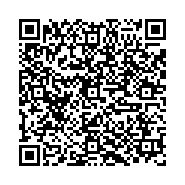