Disasters as an Opportunity to Build Social Capital

An extensive literature on the role of social capital in disaster response highlights the regularity that more robust social networks support more effective coordination and recovery (Aldrich, 2012). Less attention has been paid to the persistent aftereffects of disasters on social capital. Disasters provide stricken communities with the opportunity to strengthen their social bonds by affecting social norms, attitudes, and behavior. We study the enduring impact of disasters on social integrity by examining the after effects of the 2010 earthquake and tsunami on interpersonal trust, a common proxy for social capital

An extensive literature on the role of social capital in disaster response highlights the regularity that more robust social networks support more effective coordination and recovery (Aldrich, 2012). Less attention has been paid to the persistent aftereffects of disasters on social capital. Disasters provide stricken communities with the opportunity to strengthen their social bonds by affecting social norms, attitudes, and behavior. We study the enduring impact of disasters on social integrity by examining the after effects of the 2010 earthquake and tsunami on interpersonal trust, a common proxy for social capital.

There are several channels by which trust might be affected in the wake of a calamity. The cooperation demanded by recovery efforts could increase community affinity and solidarity among neighbors. Moreover, affected communities might foresee the potential for future catastrophes, and seek to form precautionary networks with which to confront them. If the disaster reduces wealth inequality, by disproportionately affecting the well off, it could lead to increased social cohesion (Cassar, Healy, & Von Kessler, 2011). Andrabi & Das (2010) find that trust felt toward strangers increases with natural catastrophes. Grateful disaster victims who come into contact with generous non-locals who provide them with aid, directly or indirectly, form more positive attitudes towards their helpers (Andrabi & Das, 2010).

On the other hand, Fleming et al. (2014) identify four circumstances under which disasters can erode trust within communities. First of all, rivalry for scarce relief and recovery resources undermines trust, as do information asymmetries among neighbors, leading to the phenomenon of “aftermath moral hazard”. The authors also contend that trust is attenuated among people who are locally displaced or forced to migrate to other communities.

Further empirical analysis is needed to measure the direction and the magnitude of any lasting impact disasters might have on social capital in general and on trust in particular. Furthermore, such effects might be mediated by the social conditions that prevailed previous to the disaster as well as the circumstances of the aftermath. In the context of the 2010 Chilean earthquake, we know of but two studies that address these issues (Fleming, Chong & Bejarano, 2014; Dussaillant & Guzmán, 2014), although a handful of studies take on the same questions in other contexts, including the Pakistan earthquake of 2005 (Andrabi & Das, 2010), the Asian tsunami of 2004 (Cassar, Healy, & Von Kessler, 2011), Japan's 1995 Kobe earthquake (Yamamura, 2014) and the Fukushima earthquake and tsunami of 2011 (Hommerich, 2012). The common finding of most (but not all) of these studies was that social capital increased in the wake of disaster.

In our analysis of the 2010 Chilean earthquake and tsunami, we found that there was a significant increase in trust in the urban zones struck by the earthquake, and that the effect was more pronounced when the pre-quake baseline for interpersonal trust was higher.

Where the social capital base line was low, there was less improvement in the aftermath of the disaster (Dussaillant & Guzmán,2014). Thus we conclude there is a positive feedback loop in the post catastrophe accretion of social capital. In contrast to the response of urban communities we considered, a study of the same earthquake by Fleming et al. (2014) found that trust in rural areas of Chile was unaffected by the disaster recovery process. Those authors used trust games as their measure of interpersonal faith. While the authors found no impact of the temblor on trust, they did identify a significant decrease in reciprocity in the villages affected by the earthquake. Reciprocity is another measure related to social capital. It relates to trustworthiness, or the fulfillment of expectations about a person that somebody else has. Trustworthiness and trust are two concepts very closely intertwined, both intimately related to social capital (Glaeser, Laibson, Scheinkman & Soutter, 2000).

Contrarily to our study, Fleming et al. (2014) did not use a predisaster base line measure and their sample was relatively small. Therefore, they could not even look for a “feedback loop” such as the one we identified. Maybe their sample only included the zones were the loop was most feeble because of low interpersonal trust in the communities at the wake of the disaster. We can further adventure that when pre-disaster social capital is very low the effects come to be negative. But this has yet to be established. More research to check whether the feedback loop we identified replicates in other latitudes and for different types of disasters is needed. Also, more research is needed to disentangle the exact nature of the mechanism.

The impact of disasters on social capital remains an open question. If there is an effect, and current research suggests that this is so, we need to know a great deal more about the mechanism through which it operates. One way to set the stage for further studies would be to collect a base line of pre-disaster data on communities’ social capital, and then resurvey areas that are actually stricken to assess the social impact of catastrophes. Of course, this would leave researchers facing the ``risk” that a disaster might fail to strike after the baseline data are collected. But such a risk is worth taking. If we confirm that disasters do represent a window of opportunity to build social capital, policy design should take this into account and try to exploit such a unique chance. But we are not ready to make such a recommendation. We should first develop better theories about the mechanism by which social trust waxes after disasters. As an aid to this pursuit, we recommend that social trust research and data gathering be part of the protocol for disaster relief. 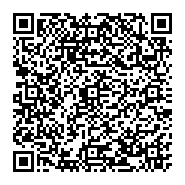