Do Dentists who are Artists have Less Stress, Anxiety and Depression than those who are not?

Objectives: The effect of art painting in reducing stress, anxiety and depression in dentists was sought in this study.

Method: Initially the list of artists who were also dentists was obtained from art societies; the names of those with artistic activity were found. We examined 80 dentists (two groups: case and controls, 40 each) from the viewpoint of stress, depression and anxiety. We visited these dentists, collected data relevant to their artistic activity and some demographic data including: age, gender, marital status, engagement in a field of specialty, existence of a stressed and depressed person in the family or history of a tragic event (divorce, death of a family member) in life. Then, a sample was taken from the non-artist group. These two groups were examined using a DASS-42 questionnaire and then the data was statistically assessed by the Mann-Whitney U -test and Chi-Square test.

Conclusions: Disregarding confounding variables, in this study dentist who did not have artistic activity, had more stress, anxiety and depression than dentists who engage in artistic activity (painting).

The topic of “art therapy” has been known from the time of philosophers and thinkers such as Aristotle; but psychological application of art in its modern form was first proposed by Sigmund Freud. Soon after, art and psychoanalysis were used for mutual effects. Art therapy may help in a variety of ways. First, the aesthetic beauty of art may improve mood, vitality, self-esteem and personal awareness. Second, studies have shown that when people are deeply involved in activities that are fun, they become preoccupied and physiological indices such as heart rate (HR), blood pressure (BP) and breathing are slowed (Golin & Angel, 1991).

Factors such as the type of artistic activity, gender, profession, office location, ancillary activities and exercise are all factors that can influence stress (Argy & Kimono, 2005; Scully et al., 1990).

Stress is one of the common concerns in practice; stress, anxiety and depression in dentists (due to the risk of contracting various diseases and failure to achieve the ideal outcomes, shock, etc.) is common (Levick, 1983).

Zeyad in a study indicated that strategies for stress management must be incorporated into dental education to ensure the output of stress-free dentists (Zeyad, 2013; Alexandrina et al., 2013).

First by using the dentist list of our medical association, the names of all dentists that are also artists were found; 40 were randomly selected, and 40 other dentists were selected as controls. The control group had no artistic activities. Demographics including: age, gender, marital status, and employment in the field of specialty were recorded. History of anxiety, depression and tragic events in life (divorce, death of relatives) were assessed and recorded in the information form and were exclusion criteria. Then both groups were examined using Depression Anxiety Stress Scales (DASS-42) questionnaire and assessed (this questionnaire has 42 indexes and a range of four choices; anytime, a little, sometimes, not always). Both groups were analyzed with Mann-Whitney U-test; scores were assessed according to answers and, then stress, anxiety, and depression were evaluated. According to acquired scores, they were designated as null, mild, moderate or severe and then data were analyzed with the Chi-Square test.

Blanca et al. examined factors causing stress, role of age, gender, experience, and time spent with family and duration of work on the level of stress (Blanca, Teresa, Maria et al., 2008). The method of their study was similar to our study and used standardized questionnaires. His results were similar to ours.

Robert and et al suggested that dentists must be aware of the importance of maintaining good physical and mental health. A large part of effective practice management relates to understanding stress (Robert & Charmaine, 2004). The goal of the current study was to investigate the level of anxiety and depression in both control and case groups using the Persian version of the DASS-42 questionnaire; the validity and reliability of it has been proven. Although, the results showed that level of anxiety and depression was more in the group of dentists without artistic activities.

However, it should be noted that there are many confounding factors that may also affect the mood which were not taken into account and are considered as limitations of this study.

These factors which may reduce stress include music, exercise, sports and travelling. Those who lack artistic activity and are depressed often also lack interest to travel or be entertained or take part in sport activities. They also fail to practice relaxing activities (such as meditation). Therefore this issue requires further assessment. 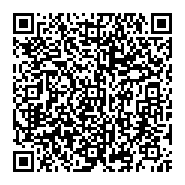