Copyright: © 2014 Galvan L, Barefoot E, et al. This is an open-access article distributed under the terms of the Creative Commons Attribution License, which permits unrestricted use, distribution, and reproduction in any medium, provided the original author and source are credited.

Domestic violence is an invasive condition affecting millions of individuals. When victims of domestic violence reach out to the healthcare system they are often “underdiagnosed”. Their physical conditions are assessed and addressed but all too often their long term, chronic, and more debilitating situation is not addressed. Health care providers need to be more accessible to the patient in need and be willing to look for the bigger issue.

Mary was a bright and energetic twenty-five year old woman. She was taken to a cheap, off the beaten-track motel, and held captive for three days by her long-time boyfriend. During that time she was tied up, beaten multiple times, sexually assaulted, and strangled with a belt three times, all this at the hands of a person who professed deep love for her.

When I, as the on-call forensic examiner, arrived at the ER, I found Mary lying huddled under a blanket crying softly. As I observed this woman, beaten, alone, confused, and hurt, a feeling of anger and sadness overcame me. What are we, as individuals and organizations, doing wrong? Why does this continue to happen? Is there nothing else we can do?

Domestic violence and sexual assault continue to be a significant problem not only in the United States, but worldwide. In 2012, 142 women were killed in the State of Texas by their significant other, and 2,859 incidents of physical abuse were disclosed to the Women’s Aid National Free phone Helpline [1]. Roughly 49% of these women required some form of medical intervention or hospitalization.

Violence against women drains the resources from a multitude of areas such as; private business, agencies, the government, community groups and individuals with an estimated cost of anywhere from one billion to 8 billion dollars annually [2]. These costs do not take into consideration the pain, suffering, and fear that a woman, living in this environment, faces on a daily basis, nor the impact on her family and children.

When looking at the case of Mary, one of the most disturbing factors was the strangulation attempts. Strangulation is one of the most lethal forms of violence against women, and is often under reported and under treated. It is demonstrating complete control of a person’s life all within the grip of the attackers’ hands. Death can occur within 4 to 5 minutes and it takes only 4 pounds per square inch (psi) to block off the blood vessels in the neck. According to a report by the San Diego’s District Attorney’s Office out of 300 strangulation cases reviewed, only 50% showed any type of injuries associated with strangulation and 35% had injuries considered too minor to even photograph (Figure 1) [3]. As I spoke to Mary, she grabbed my hand, her face streaked with tears, bruised and swollen, and cried “I thought I was going to die! I just knew that I would never see my family again. I gave up and realized he was going to kill me!” This is an all too common story among reporting patients following an assault in which strangulation was used as a part of the violence and control.

What more needs to be done for the victims like Mary? Multiple organizations exist to bring attention to individuals like Mary. The National Family Justice Center is renowned for their work in educating law enforcement and agencies that work with domestic violence and strangulation. Most states have a Family Violence Council and Advocacy groups that put great effort into aiding victims and survivors of abuse. Why then do we continue to have victims like Mary come into our Emergency Rooms?

We need continued financial support and education to train law enforcement in the fields how to respond and document domestic violence cases. However with budget cuts and more officers needed to patrol the streets, funding is being pulled in all directions. Strict laws and penalties need to be enforced. The Violence against Women’s Act, which helps government agencies and victim advocates work together to assist victims of domestic violence, had trouble getting passed by Congress in 2013. Domestic violence is everyone’s problem, economically and socially. It is morally and legally wrong and impacts the social structure of our society. Private businesses need to be proactive in education and implementation of programs on domestic violence in the workplace. Presently many major employers offer assistance to employees experiencing situational stress or trauma but few actively offer assistance to staff members who are experiencing domestic violence. It is still something that is discussed in whispers and not often addressed until after a significant event.

In this time of budget cuts, we need to lobby the government for funding to utilize in domestic violence prevention and education. The answer is not an easy one. Many social and criminal justice experts believe that domestic violence is a learned behavior and is often passed from one generation to the next. Poverty, limited community and family support, erosion of the traditional family, and cultural differences have all been used as possible explanations. Will more federal funding or another proclamation help end domestic violence? Probably not, but failing to try will certainly not work. We must continue to explore all options and only through continued diligence will we hope to end such family violence. 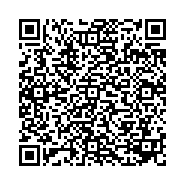