Copyright: ©2015 Somemura H, et al. This is an open-access article distributed under the terms of the Creative Commons Attribution License, which permits unrestricted use, distribution and reproduction in any medium, provided the original author and source are credited.

Several types of communication skills training (CST) for health occupations are being conducted at medical institutions to improve medical services and patient safety. Reviews and meta-analyses on the effect of these interventions have suggested that CST improves medical workers’ communication and attitudes, subsequently reducing patient psychological anxiety and anguish while increasing treatment adherence [11-17]. The success of CST intervention in medical establishments suggests that such training may also be effective in improving communication between workers in lay business organizations as well. However, thus far, few intervention studies have assessed the statistical significance of occupational CST in such environments. Here, we evaluated the effect of short-term CST intervention on communication behavior in workers at a private company.

The participants were employees in the research and development sector at a private enterprise company in Japan. The purpose of the research was explained via a company e-mail to all workers. Workers were assured that participation was wholly voluntary and that declining to participate would not invoke any sort of punishment. No exclusion criteria were provided, since the company’s health and safety committee wanted all staff to be eligible. The eligible workers were registered as study participants with the Kitasato Clinical Research Center and randomly assigned to one of two groups: an intervention group, which received the CST; and a control group, which received no training.

For ethical reasons, after the experiment was complete, the control group received the same training as the intervention group. The study was conducted with approval from the health and safety committee of the participants’ company and the Kitasato University ethics committee.

The intervention group received CST from an occupational physician who had undergone 10 hours of training on delivering CST by the expert of communication skills training prior to the experiment. The training consisted of one 3-hour session conducted during working hours, and intervention group participants were asked to attend one of the two equivalent training sessions (August and September 2014). The CST session materials were based on the Communication Skills Training Guide developed by National Center for Cognitive Behavior Therapy and Research, National Center of Neurology and Psychiatry [18]. In addition to goals of building good relationships with the subjects, the communication training also aimed to provide support for problem solving using analytical questioning (Socratic method). The training content structure is shown in Table 1.

An original self-report questionnaire was used to examine communication skills proficiency, featuring four items: "I converse in a manner so as not to put pressure on the person with whom I am speaking (conversing so as not to upset the subject)," "I display empathy and support when having a conversation (displaying empathy and support)," "I help the person I am speaking with sort out their problems (helping the subject sort out problems)," "I think together with the person I am speaking with to solve problems (thinking together to solve problems)."These 4 items were measured using an 11- point Likert scale of responses ranging from 0 to 10, with a higher number representing greater affirmation of the item.

Information on basic participant attributes, namely age, gender, occupation, years of employment at the company, hours of overtime per month, nightly sleep duration, and mental health status, was obtained. Mental health status was evaluated using the Japanese version of K6 [19,20]. Each of the 6 items had a possible score of 0 to 4 (possible total score, 0-24), with a higher score indicating more severe mental state.

The Kitasato Clinical Research Center randomly assigned participants to either the intervention group or the control group. Although the data analyses were blind, the participants were aware of their group assignment to due to the nature of intervention.

The data analysis outcome loss percentage was 4.7%. To satisfy the intention-to-treat (ITT) principle, which states that all participant analyses should be conducted as they are allocated, multiple imputations (MI) [21] were performed, with data assumed to be missing at random. In a previous meta-analysis [12] of CST among medical workers, the effect size for communication behavior (Cohen’s d) was 0.54. In the present study, the CST effect was assumed to be moderate (Cohen’s d=0.5), α-error was set at 0.05, β-error was set at 0.20, and the sample size was 64 people per group.

Linear mixed models with group, time, and interactions between group and time were used as the fixed effects, and participants were randomized for the random effect in order to examine the effect of CST on the workers’ communication skills. To evaluate the significance of the interaction between group and time, the type III Wald test was applied. The outcome data for both intervention and control groups from the follow-up test three months after the experiment was used to calculate the intervention effect size. Further, as an adjustment factor, the baseline outcome value was added to the model. For the sub-group analysis, the baseline outcome value for the lower half of the workers was performed in the same manner as described above. In the baseline comparison for the intervention and control groups, a t test for continuous variables and Fisher’s exact test for categorical variables were used. Statistical significance was set at α=0.05, and a two-sided test was conducted. IBM SPSS Statistics 22 and IBM SPSS Missing Values 22 (IBM Corp, Armonk, NY, USA) were used for statistical analyses. 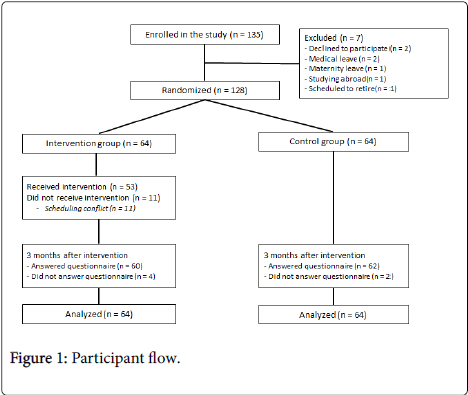 ITT findings for all subjects are shown in Table 3. For the item "thinking together to solve problems," a significant interaction was observed between group and time (F1, 244.0=4.06, P=0.045). Three months after the intervention, the score of "thinking together to solve problems" was 7.00 for the intervention group and 6.51 for the control group, and a significant difference was observed for both groups with effect size (Cohen’s d) of 0.37. For the remaining three items, although improving trends were evident, no statistically significant interactions for group and time were observed.

In the present study, communication behavior in workers such as “thinking together to solve problems” was significantly improved with the CST. This CST program emphasized that, when seeking to solve problems, the listener should not force his opinion on the partner but provide guidance so that the partner can find their own solutions to their problems and issues. This is reflected in the study results. Further, substantial improvement was seen following CST among individuals who had low initial baseline self-evaluation scores in the intervention group for the item "helping the subject sort out problems" in addition to "thinking together to solve problems."

Because the subjects in this study were company workers, the intervention program needed to require very little time to complete, so as not to disrupt work schedules. In prior studies at medical institutions, most CST programs lasted several days, with even the shortest program lasting six hours [13-17,22-30]. The relatively short 3-hour duration of the CST program approved by the occupational physician markedly reduced the time cost to workers and the economic burden to the business. This short duration and the significant positive effect of CST noted in the present study suggest that such a program may be appropriate and effective in many workplaces.

The CST effects observed in our study were not as significant as those reported in previous intervention studies for medical institutions. A meta-analysis [12] of research based on ITT analyses indicated a moderate effect (d=0.54) for communication behavior among medical personnel following CST intervention. In daily clinical situations, medical personnel commonly discuss diagnoses, treatment selection, and other such serious matters with patients and their family members. Improving communication skills in medical workers has been shown not only to reduce the anxiety and psychological anguish suffered by patients [13-15] but also to increase rates of adherence to treatment [16,17].

Therefore, they are well aware that high-level communication skills are essential for effective on-site work in medical institutions. This can be the reason CST is more effective in medical workers than in workers in other occupational fields.

Given that the follow-up test was conducted just three months after the intervention, we were unable to verify the presence of a long-term effect. In previous CST intervention research in the medical field, follow-up evaluations were conducted anywhere from three months [15,26,27] to one year [24,29] after intervention. However, in studies with follow-up tests conducted more than one year after the intervention, the effect of CST intervention had a tendency to be small. While we did not evaluate how long the CST effect in the present study lasted, the possibility of attenuation over time cannot be discounted, and some manner of post-training support (such as sending encouraging emails or providing supplementary information) may be valuable in achieving a booster effect.

Observational workplace studies have shown that good superior subordinate communication enhances mental health [1-3], discretion [4], and the well-being [5] of employees and is also associated with a reduction in depression and anxiety [6,7]. In the present study, because of the small number of superiors, participants were not divided into groups by work designations, such as supervisors and subordinates; however, if such division had been possible, a different effect may have been observed.

Communication skills improvement due to CST intervention for medical workers has been shown to increase self-efficacy and reduce stress, depression, and anxiety [31-33]. A cross-sectional study of general workers in a workplace [34] showed that the promotion of communication was negatively correlated with psychological distress in workers. Future CST studies should examine whether or not improvements in positive mental health can promote improvements in areas such as work performance and work motivation.

Several limitations to the present study warrant mention. First, it was difficult to decide on an effective sample size, as no previous studies have examined the effectiveness of CST interventions in a nonmedical workplace. Our study may therefore lack sufficient statistical weight for the conclusions to be sound. Second, sampling bias exists, as most subjects were men working in research and development. Future studies should try to diversify the examined population. Third, our intervention was held during a relatively busy period for the company; consequently, 11 of the 64 participants (17.2%) in the intervention group were unable to participate in the training due to scheduling conflicts. Fourth, given that all participants worked at the same company, subjects in the intervention group may have disclosed details about the training program to those in the control group, resulting in contamination. Finally, because the questionnaire used here was originally developed for our study, the reliability and validity were not verified. Further, the questionnaire was self-administered, and no objective evaluation of communication behaviors was conducted.

Although the CST program used in this study was only three hours long, a significant improvement in communication behaviors was observed. In addition to improving the communication skills of workers, CST could also contribute to positive mental health. We hope that further CST-related invention studies will be conducted in the future, with more diverse and larger populations. 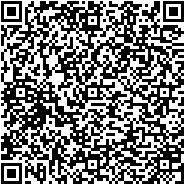