Copyright: © 2016 Kaitoukov Y, et al. This is an open-access article distributed under the terms of the Creative Commons Attribution License, which permits unrestricted use, distribution, and reproduction in any medium, provided the original author and source are credited.

A 46-year-old male of Greek origin known for β thalassemia major presented with chest pain, dyspnea, and bilateral hip pain. The patient had a past medical history of red blood cell transfusions. Imaging with chest radiograph, chest computed tomography (CT) and abdominal CT/magnetic resonance showed extramedullary hematopoiesis (EMH) presenting as multifocal masses in the posterior mediastinum, lumbosacral paraspinal regions, as well as at the inner margins of the ribs. This case illustrates multisystem involvement with EMH in β thalassemia and how it may orient to the appropriate diagnosis.

β Thalassemias occur as a group of hereditary syndromes characterized by reduced or absent β globin chains. β Thalassemia is inherited as a recessive gene producing variable phenotypes ranging from asymptomatic carriers to severe anemia. About 1.5 % of the worldwide population are carriers of the gene, from which 60,000 symptomatic individuals are born annually [1]. β Thalassemia major affects individuals in the homozygous state for the defective gene. These patients usually present with severe anemia and failure to thrive within 24 months of life and are treated with repeated blood transfusions. Lack of treatment may lead to short stature, underdeveloped musculature, leg ulcers, and signs and symptoms of severe anemia. With proper treatment, affected individuals may live well into their adult life.

Extramedullary hematopoiesis (EMH) may occur during the course of β thalassemia major. In this case report, chest radiography and computed tomography (CT), as well as abdominal CT and magnetic resonance (MR), demonstrate EMH presenting as multifocal masses in the posterior mediastinum, lumbosacral paraspinal regions, as well as at the inner margins of the ribs.

A 46-year-old male of Greek origin known for β thalassemia major presented to the hospital with a gradual onset of chest pain, dyspnea and bilateral hip pain. Physical examination, electrocardiogram and cardiac blood markers were normal. The blood workup revealed low haemoglobin level of 86 g/L, normal leukocyte count of 9×109 cells/L and high platelet count of 507×109 platelets/L. A haemoglobin electrophoresis showed 38% fetal haemoglobin and 7% haemoglobin α2. History revealed that the patient required monthly red blood cell transfusions since the age of 2 years old, with iron chelation therapy with deferasirox for iron overload. The patient had undergone splenectomy and cholecystectomy during adulthood. Imaging workup showed multifocal skeletal involvement with masses of soft tissue density in the thoracic and lumbosacral paraspinal regions and at the inner margins of the ribs.

More specifically, chest radiograph showed a well-defined large mass in the posterior mediastinum, with multiple smaller elongated opacities near the anterior regions of the ribs. Generalized osteopenia of the vertebrae, ribs and clavicles, with trabecular thinning could be noted. The lung parenchyma and the cardiac silhouette were normal (Figure 1). Chest CT revealed the extent of involvement of the paraspinal masses, the location of the multiple soft tissue lesions adjacent to the ribs, as well as generalized expansion of the bone medulla, marked osteoporosis and cortical thinning (Figure 2). Figure 2: Thoracic manifestations of extramedullary hematopoiesis secondary to β thalassemia major in the same patient. (A, axial; B, coronal) Contrast-enhanced chest CT. Multiple elongated focal masses of soft tissue attenuation are seen along the inner aspects of the ribs and along both sides of the spine (A, arrowheads). A more prominent and well defined mass is located along the inferior right paraspinal region (A and B, arrows). CT also demonstrates bone expansion, resorption of the trabecular bone and thinning of the cortical bone.

Pelvic CT scan demonstrated soft tissue density masses expanding from the anterior aspect of the sacrum. A well-defined mass located posterior to the urinary bladder showed heterogeneous density that could reflect the variable iron content of this tissue (Figure 3). Figure 3: Pelvic manifestations of extramedullary hematopoiesis secondary to β thalassemia major in a 46-year-old male. (A, axial; B, coronal) Contrast-enhanced CT of the pelvis, with axial and coronal reformats. Two well-defined soft tissue masses (thin arrows) are seen expanding bilaterally from the anterior aspects of the sacrum. A third pelvic mass is seen posterior to the bladder (thick arrow). CT also showed a normal aspect of the coxo-femoral joints (not shown). Figure 4: Spinal manifestations of extramedullary hematopoiesis secondary to β thalassemia major in a 46-year-old male. (A,B) Sagittal T1W and STIR magnetic resonance sequences of the lumbar spine demonstrate homogenous replacement of the normal vertebral bone marrow with red (hematopoietic) marrow. Multiple focal masses are identified along the anterior aspect of the sacrum (A, arrowheads) with the main mass located at the level of L5 vertebra (B, arrow). The masses produce discretely heterogenous signal, mainly iso-intense to the signal of the adjacent red bone marrow. No fat attenuation is seen within the mass.

In β thalassemia major, as well as in myeloproliferative disorders and other blood dyscrasias, haematopoiesis is upregulated to compensate for chronically low haemoglobin level, and organs outside the bone marrow may engage in the production of red blood cells – this is the process of EMH. EMH most commonly occurs in the liver and spleen where haematopoiesis normally takes place during fetal development. The usual manifestations of EMH include hepatosplenomegaly due to resumed red blood cell synthesis and loss of filtering capacity in the spleen and liver [2]. However, EMH may occur, rarely, in other locations, and present with multisystem involvement, as in the present case.

The other various structures and organs less frequently involved with EMH include ribs and spine, joints, gastrointestinal and urogenital tracts, lung and pleura, pelvis, lymph nodes, and central nervous system [3,4].

Occurrence of EMH in these infrequent locations must be recognized, at least suspected, as abnormal multisystemic hematopoietic tissue production, in a patient known with β thalassemia.

Besides hepatosplenomegaly, radiologic appearance of EMH usually consists of lobulated, well defined round masses located on bony surfaces such as medial aspects of the ribs, lumbar and thoracic vertebrae (typically below the level of T7) and pelvic bones, as in our case. These masses may be calcified, painless and usually an incidental finding. In 20% of the cases, however, mass effect on nerves and tissues may produce clinical symptoms and even neurological syndromes like “cauda equina”, which may require surgical decompression [5]. Thalassemia also involves a skeletal response to the chronic anemia, with marrow hyperplasia. At imaging, expansion of the medulla, with resorption of the trabecular bone and thinning of the cortical bone occur, as shown in our case [6].

In conclusion, EMH in β thalassemia can have various imaging presentations, involving multiple anatomical sites. We presented a case with extensive involvement of the rib cage, mediastinum and pelvis. Radiologists must be familiar with complications of EMH that may be encountered in patients with β thalassemia, and be able to orient clinicians to the appropriate diagnosis. 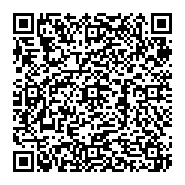