Copyright: © 2016 Yan Rizal R, et al. This is an open-access article distributed under the terms of the Creative Commons Attribution License, which permits unrestricted use, distribution, and reproduction in any medium, provided the original author and source are credited.

The Halang formation consists of sandstones, mudstones and breccias. Facies study on the Halang Formation in Cibalung Area, Cimanggu District, Cilacap Regency, and Central Java has been carried out based on the detailed stratigraphic measurements along the Cikawung and Cimindi River. The Halang Formation can be divided into 7 lithofacies namely: A1, B1, B2, C2, D2, E2 and F2. The facies associations suggest that there are sub-depositional environment for the Halang Formation, which are slope, inner fan, middle fan and outer fan of the deep marine fan. Changes in depositional environment suggest a prominent influence from the sea level change during sedimentation that may also cause by the volcanic activity.

Well preserved outcrops of the Late Miocene Early Pliocene turbidites Halang formation exposed around Cibalung area in Central Java. A continuous exposure of the Halang Formation found along Cimindi and Cikawung River are considered highly representative for detailed facies studies (Irawan). However, it has not been extensively studied, until now. This study focuses on the sedimentation structure, vertical and lateral sedimentary facies association to determine the depositional environment of the Halang formation.

The study area lies on the Bogor Zone which is defined as a 30 km-long anticlinorium stretching in east-west trend [1] (Figure 1). Anticlinorium stretching from West to East. Based on the works from Kastowo and Suwarna [2] (Figure 2), the oldest rock formation that discovered on the western side of North Serayu Range is the Pemali formation. The sedimentary rocks from Rambatan formation, Lawak formation, Halang formation as well as Kumbang formation were deposited above the Pemali formation subsequently. The Halang and Kumbang formations interfinger within the turbidite system on a submarine fan. 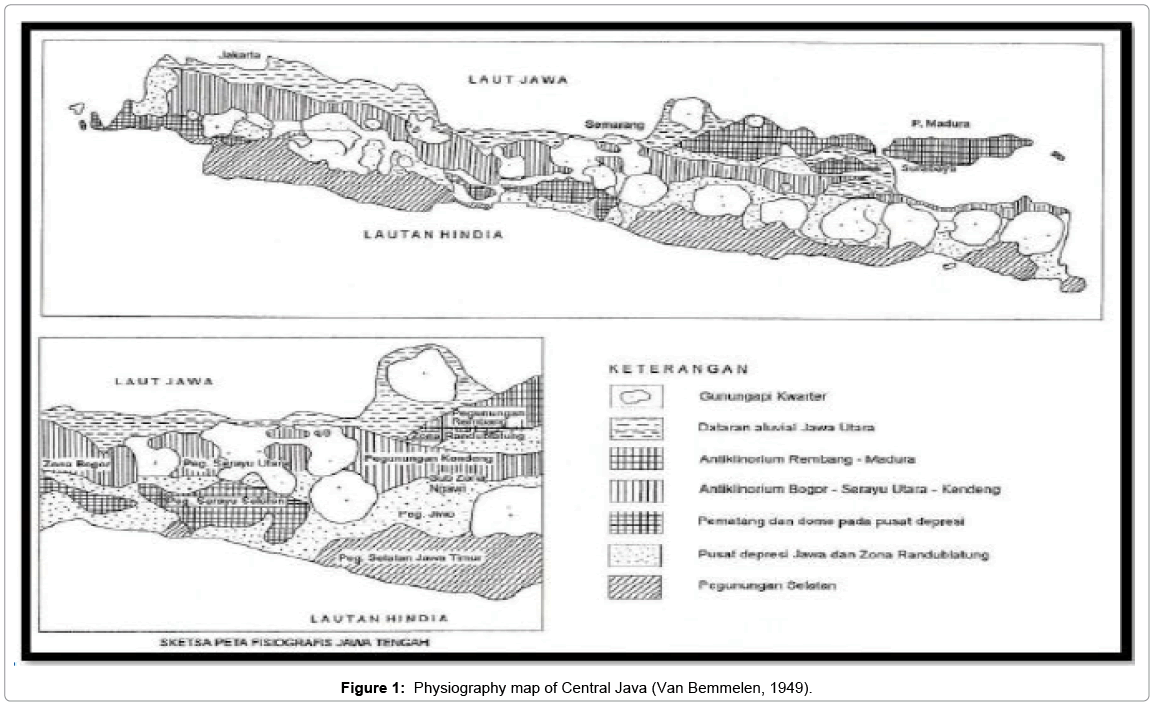 Figure 2: Geological map of study area and traverses in this study (Modified from Irawan, 2015).

East-west trending folds and thrust faults appear to be the dominant geological structures in the study area as shown in the regional geological map [2]. These are caused by the subduction of the Indian Oceanic Plate under the Micro-Sunda Plate that reached its peak in the Plio-Pleistocene [3].

The general framework of this study is based on a detailed stratigraphic section of Halang formation from a field study at Cikawung and Cimindi river (Figures 3 and 4) and a Geological map as well as facies analysis carried out by Irawan [4]. This study uses Stow’s Facies Classificication [5] as a framework method to analyse the vertical succession and sedimentary structures found in the sedimentary unit in order to make a correlation between stratigraphic sections that exposed along the two main rivers in the study area. 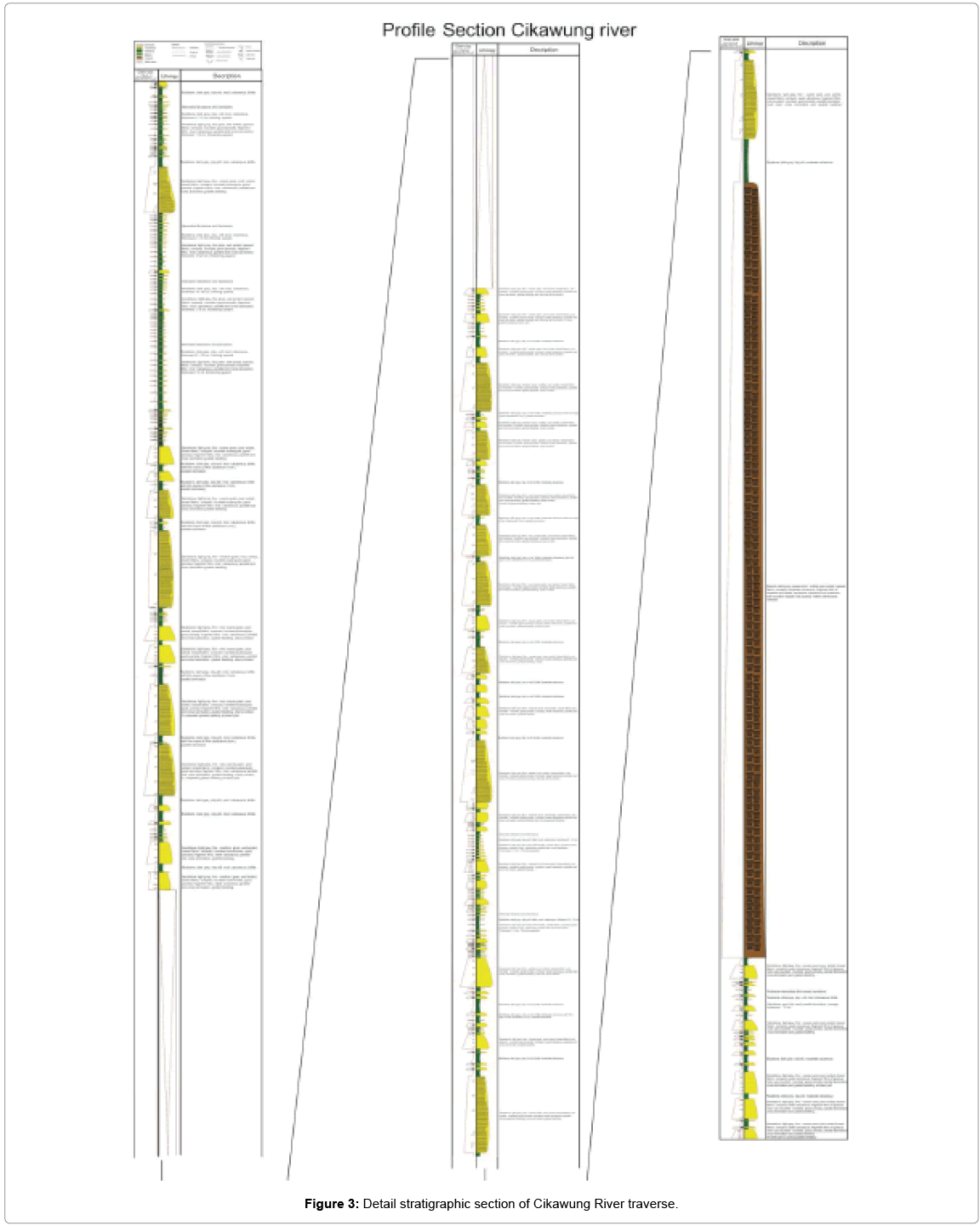 Table 1: Detailed observations along the Cikawung and Cimindi River defining 6 facies classification within the Halang formation.

There are four facies associations of the Halang formation in the study area:

This facies association presents on the lower section sequence. It consists of facies group C2, D2 and E2 that shows a sedimentation pattern of thinning and fining upward. The common sedimentary structures of sandstone are parallel and wavy lamination. The sandstone thickness ranges from 1-10 cm and suggests a monotonous succession that reaching total of around 1-3 m.

Interpretation: Based on the lithology association, this facies is interpreted to be deposited in a distal system via suspension and weak traction current system. This is indicated by the existence of a sedimentary structure of Bouma sequence (Tb-Td) and occasional presence of graded bedding on thin layer sandstone, which was produced by episodes of weak traction current. Fining upward succession of the sandstone-mudstone alternations indicates that the sediments were deposited surrounding the mouth of the channel in the outer fan.

Interpretation: Based on its lithology association, this facies association was deposited far away from its sediment source through an episodic strong to weak current traction mechanism suggested by the presence of the Bouma sequence (Ta-Td). The coarsening and thickening upwards in the sequence indicate that the main channel was overfilled by sediments via a gradual process. This caused the finemedium sediments passed the riverbank toward the levee with a high flow regime. This is supported by the presence of erosional surface and parallel lamination within the sandstone body. Overall, this succession is interpreted as creevase splay deposit in the middle fan area.

This facies association comprises of the B2, C2 D2, E1 and E2 facies groups, which are different to the other facies by a presence of fining upwards within the coarse to medium sandstones layers. Erosional surface often found at a contact between sandstones layers. Sole marks are common at the bottom of the succession. Graded bedding, parallel lamination, wavy lamination, cross lamination and local amalgamation structures are common. The total thickness of this facies association varies from 5-10 m.

Interpretation: This sandstone-dominated facies is interpreted to be deposited via a traction carpet, which is a current with high concentration and covered by a turbulent flow above it. Coarser sandstones and the presence of mud clast indicate transportation through strong currents that occur in the channel of inner fan in deep marine fan environment.

There are differences between the two rivers regarding this facies association:

Cikawung River: This facies association comprises of A1 and F2 facies that characterised by an irregular breccia pattern or the absence of sedimentary structure, gravels-boulder sized with polymictic fragments and chaotic mudstone and fine grain sandstone layers (slump). The thickness of this facies association can reach 40 m.

Interpretation: Unstable slope are prominent to experience failure. When the failure occurs, the sediments that were originally-deposited in the slope may slide downwards and redeposited as breccia via debris flow mechanism. This implies a gravity-driven, much like a landslide but more concentrated movement, slow-motioned flow of sediments both coarse- (gravel-boulder) and fine- (sand-mud) grained and water. It followed by another landslide that formed slumps through mass flow mechanism; a mud-dominated flow that move relatively faster down the slope compared to the debris flow. Angular grain shape and the coarse (gravel-boulder) grain size suggest that the unit was deposited not far (proximal) from the source.

Cimindi River: This facies association comprises of A1 and F2 facies that characterised by irregular breccia pattern with the absence of any sedimentation structure, gravels-boulder sized with polymictic fragments and chaotic layer of mudstone and fine grain sandstone as slump deposits. This facies association can reach around approximately 12 m thick.

Interpretation: via mass flow mechanism. The fine-grained slumps suggest that the failure in the slope resulted in mud-dominated mass flow deposits. It followed by the deposition of coarser grained breccia that represent a debris flow deposits. Grain flow deposits subsequently deposited following the debris flow. This is a relatively fast current, negligible use of the moderate water content and sand grains collide on to each other.

Based on their grain shape (sub-angular-sub-rounded), sizes (gravel-boulder), fabric (the fragment floating in matrix) and their polymictic composition, these deposits is interpreted to be deposited away from the source (distal)

Cikawung River traverse: The vertical successions on Cikawung River indicate a sub-depositional environment from Inner Fan to Outer Fan of deep marine fan. The base of this stratigraphic section is 40 m thick breccia (Facies A1) and mudstones with chaotic stratification (F2 facies) that are interpreted to be a part of the slope deposits. This implies the presence of a downward slope on deep marine fan that is actively experiencing landslide. This lower unit is dominated by a transgressive sequence with a local regressive sequence intercalation. The unit contains significant volcanic materials that suggest prominent volcanic activities during sedimentation. Detail observation on the sequence indicates that the volcanic material content increases in the younger rock unit. Interfingering relationship between the breccia units of Kumbang formation and the upper part of Halang Formation is also interpreted to represent the increasing activity of volcanism that has also change the sub-depositional environment inclining landward. Conclusively, this area is highly affected by the active transgressionregression fluctuations of the sea level.

The lower part of the section also shows changes from inner fan that indicates a transgression to outer fan deposits that suggest a regression sequence. Thick breccia unit at the base suggest a dominant debris flow deposition along the unstable slope. Significant proportion of the coarse, sub-angular-sub-rounded volcanic material (basaltsandesites) included in the breccia suggest that the volcanic activity may play an equally important roles in inducing slope instability that promotes landslide. The middle part of the section consists of breccia (Facies A1), massive sandstones (Facies B1) of approximately 1.5 m and 10 m respectively and mudstone. This association is interpreted as slope deposits.

A relatively thin succession of the slope deposit in the study area is indicating a presence of slope in deep marine fan, which actively experiences landslide. However, the breccia is relatively thin, has finer grain size, subangular-subrounded shape compared to the Cikawung traverse. The sandstones is much thicker, contains gravel-pebble size fragments of sedimentary clasts. These evidences suggest that the unit was deposited quite far from the slope (distal).

The presence of the volcanic material signifies volcanic activities as a sediment source for the Halang formation. Increasing volcanic contents in the younger rock unit suggest similar scenario to the upper part of the Halang Formation in Cikawung River.

The Halangformation was deposited in the Late Miocene – Early Pliocence based on the abundance of Globorotaliaplesiotumidaas an index fossil forages N17-N18 from the middle- and upper part of the section.

Following Bandy zonation [6] criteria, the fossil association suggests that the samples were deposited between middle to upper bathyal environment with depth ranges from 200 – 1000 m below normal sea level.

The presence of Globorotaliaplesiotumidaas an Index Fossil forages N17-N18 (late Miocene – Early Pliocene) confirms the same depositional age between the Halang Formation here and the Cikawung Traverse. The result of benthic Foraminifera analysis on samples from location TA 10.1A (upper part), TA 10.1B (middle part) and TA 10.1C (lower part) found the following fossil assemblage:Planulinaariminensis (D'Orbigny), Gyroidinasoldanii (D'Orbigny), Textulariabareti (Jones&Parker),Dorotiapseudolurris (Cushman) andLagenalaevis (Jacson) as indexfossil for upper bathyal (200 - 350 m depth). Based on the fossil association and the abundance benthic fossil assemblage, the samples are interpreted to be deposited in the middle-upper bathyal environment with depth ranges from 200 – 1000 m below normal sea level [6-9].

Lateral distribution of the sediment determined by stratigraphy correlation of the both section (Cikawung- and Cimindi section) (Figure 7). The distance of both sections about 1100 m. The result suggests that the Cikawung River is more proximal compared to CimindiRiver. Consequently, the Halangformation is more likely to be sourced from the east. The following summaries can be made based on this study: