Copyright: © 2016 Fatima Z, et al. This is an open-access article distributed under the terms of the Creative Commons Attribution License, which permits unrestricted use, distribution, and reproduction in any medium, provided the original author and source are credited.

A relatively new imaging technique, q-space imaging (QSI), uses multiple b-values to generate displacement profiles of diffusing molecules. Unidentified bright objects observed in children affected by neurofibromatosis have been reported to display increased apparent diffusion coefficient values compared to normal-appearing brain regions. To our knowledge this is first report of the findings of high-b-value QSI, including quantification of mean displacement, in these lesions and normal-appearing brain in 2 cases of neurofibromatosis.

UBOs usually do not possess the imaging characteristics of a space occupying lesion such as mass effect, enhancement, and perilesional edema [1-4]. These lesions have been ascribed to an underlying abnormality in the myelin sheath of the axon resulting in increased extracellular space [4].

The q-space imaging (QSI) technique has emerged as an advanced diffusion-weighted imaging (DWI) technique with the following advantages: (i) utilization of multiple b-values, which results in increased sensitivity to myelin damage or changes in the restricted diffusion component in the brain [5,6], and (ii) provision of the displacement distribution measured in micrometers rather than indirect diffusion properties of tissues represented by ADC values [7]. To our knowledge this is the first report of the findings of high-b-value QSI technique, including quantification of mean displacement (MDP) values, in UBOs and normal-appearing brain parenchyma of 2 children with neurofibromatosis 1.

QSI was performed in addition to routine MRI examination (including DWI) in 2 children with informed consents of their parents. Both of the children were 7 years of age, a girl (Case 1) and a boy (Case 2), and had been previously diagnosed with neurofibromatosis. Clinically, both patients were found to have more than 6 café-au-lait spots and were both being followed up for UBOs for 6 years. Case 2 also had left optic nerve glioma which had been treated with radiation therapy. He also had deformities of the right tibia and fibular bones. Both cases did not have any evidence of neurofibromas.

A single-shot multislice spin-echo echo-planar imaging technique with b-values of 0 and 1000 s/mm2 was used for DWI. ADC maps from the raw data were made using a workstation (Advantage Windows, GE healthcare, Milwaukee, WI) and ADC values were then calculated using the same.

On conventional MRI, both patients had UBOs in the cerebellum surrounding the 4th ventricle on FLAIR and T2-weighted images. In addition, UBOs were also observed in the right basal ganglia of the case 2. T1-weighted images did not show any identifiable abnormality. The lesions were not perceptible on DWI but displayed hyperintensity on ADC and MDP maps (Figures 1 and 2). Figure 1: Axial FLAIR image of a 7-year-old girl (case 1) with neurofibromatosis 1 shows hyperintense lesions in the cerebellum (a). The hyperintensities are also seen at the corresponding sites on the ADC map (b) and the mean displacement (MDP) map (c). Figure 2:MR images of a 7-year-old boy (case 2) suffering from neurofibromatosis 1. Axial FLAIR image shows a hyperintense lesion in the right basal ganglia (a), which also shows hyperintensity on the ADC map (b) and mean displacement (MDP) map (c).

DWI has been described in multiple studies to yield increased ADC values in UBOs compared with normal-appearing brain tissue [1,3,4,8,9]. On histopathological evaluation, DiPaolo et al., [2] found intramyelinic spongiotic or vacuolar changes and white matter was characterized by areas of hypocellularity in a series of 3 patients. They proposed intramyelinic spongiotic or vacuolar changes to be responsible for the high signal intensity on T2WI. Subsequently, the increased ADC value of these lesions was attributed to the same factors [3,4,8]. The findings of QSI in our cases also confirmed increased diffusion in these lesions compared with normal-appearing brain areas in terms of true displacement parameters, i.e., MDP values.

ADC and MDP values in normal white matter and cerebellum were almost identical in these two patients. But higher ADC values were seen in normal appearing left basal ganglia in one of the two patients (case 2) who had a lesion in the contralateral basal ganglia compared to the ADC values in the other patient (case 1) who had normal appearing basal ganglia bilaterally. Many previous studies also found significantly higher ADC values in normal appearing brain tissue in patients of neurofibromatosis compared to those in normal control subjects [3,8]. Same microstructural changes as described earlier [2] of variable degree, according to the severity of disease such as hypocellularity with increased extracellular space were hypothesized to be the cause of these non-hyperintense areas on T2WI showing increasing ADC values [8]. MDP values derived from QSI, however, didn’t differ in this case inspite of increased ADC values. The possible reason might be explained keeping in view the following points. Conventional DWI, which is acquired using lower b-values, usually 1000 s/mm2, only reflects fast diffusing extra-cellular components, while high-b-value QSI (1000-12000 s/mm2 in our study) is sensitive to extra- as well as intracellular diffusion components [10]. Due to hypocellularity, increased extracellular space results in expansion of the fast diffusion component thus increasing ADC. At the same time, hypocellularity also causes a decrease in intracellular diffusion component resulting in unaffected net diffusion of the tissue and thus MDP remains unchanged. In an earlier study [10] no correlation was found between ADC and MDP values in ischemic lesions. Hori et al., suggested the same reason for this non-association, i.e., in acute infarcts there is affective decrease in fast moving extracellular diffusion components which causes ADC values to decrease but as MDP represents both diffusion components it might change differently in case to case depending upon the shift of balance between extra and intracellular diffusion components and thus both parameters do not correlate well.

This case report emphasizes the role of different diffusion parameters in recognizing the alterations in extra and intracellular diffusion compartments due to histopathological changes as a result of various diseases. 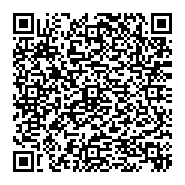