Copyright: © 2015 Marahatta SB, et al. This is an open-access article distributed under the terms of the Creative Commons Attribution License, which permits unrestricted use, distribution, and reproduction in any medium, provided the original author and source are credited.

Background:As people have accepted the digital revolution as a reality, the internet has been growing by leaps and bounds. The Internet though aids to serve various purposes; has failed to aided users to realize their rights and responsibilities being hounded by various externalities. Internet poses a lot of threats to human life. These include invasion of privacy, security breaches, breach of confidentiality, hacking, pornography, cyber bullying or exploitation and most recently excessively indulgence in internet browsing resulting in time wasting and Internet Addiction.
Objective:This study sought to determine the prevalence of Internet Addiction among and contributory factors and to determine internet related behavior patterns among students in Nepal.
Methods:This cross sectional study was conducted among 236 health Science students. Participants were selected through stratified random sampling method.
Results:Of 236 participants, 74.6% were females. The study revealed that 50.8% had mild addiction, 40.7% moderate and 1.3% had severe addiction. Speed of internet (χ²=8.547, df=3, p<0.05), amount of time spent per day (χ²=22.334, df=2, p<0.001) and watching sexually explicit contents (χ²=4.8000, df=1, p<0.05) were significantly different.
Conclusions:The study shows that the prevalence of internet addiction is significantly high. In order to address these emerging issue proper prompt and appropriate interventions should be taken and a governing body should be established to forestall possible impact of Internet addiction on students.

Internet addiction or Problematic Internet use (PIU) is characterized by excessive and poorly controlled pre-occupations which often lead to impairment and distress (Weinstein et al.). Over the between last two decades, the global internet using population has grown to almost 2.5 billion. It is undeniable fact that internet brings many benefits to our lives [1-3]. The use of the Internet on school campuses and in society has increased dramatically in recent years. Whereas the academic use of the Internet is primarily intended for learning and research, the Internet has also become an important part of student life [4-6]. Internet use is a way to adapt or cope to overwhelming developmental stressors.

Psychological and environmental factors in the lives of college students may leave them disproportionately vulnerable to internet addiction. Despite the potential benefits, numerous problems such as exposure to inappropriate images and content, absence of privacy and addiction have been reported as a result of this increasing usage [7,8]. Developmental stressors coupled with free access to internet services may contribute to college student’s vulnerability to Internet behavior dependence [9,10]. Socio-cultural factors (such as Demographic Factors, ease of access, popularity of internet), Biological factors (such as Genetic factors, unusual neuro-chemical processes), mental predispositions (such as Personal characteristics, negative influences) and Internet specific characteristics predispose individuals to use of internet excessively [11-13].

According to Shaw and Black, 2008 Internet addiction has attracted increasing coverage in the popular media among researchers and this attention has paralleled the growth in computer use and Internet access [14-16]. There are a wide range of reports on the prevalence rate of internet addiction (0.3% to 38%). Young estimated that about 5-10% of internet users were addicted to it. According to reports by Lejoyeux and Weinstein, the prevalence rate of internet addiction in the United States and Europe ranged from 1.5 to 8.2% [17,18]. Internet addiction has been most studied in the Far East. In China, prevalence rates vary between 10.2% of moderate users and 0.6% of the severely addicted [19,20]. Studies estimated that 3-13% of all university students are internet addicts [21-23]. In 2003, a research on 1360 freshmen at Taiwan University, using Chen Internet Addiction Scale (CIAS), estimated that 17.9% of them were addicted to internet [24-26]. This study aims to identify the activities carried out by youngsters, determine the extent of this problem and related factors among health science students where easy and quick access to internet is provided easily.

This is a cross sectional descriptive study of health students’ addiction to the Internet.

Out of total number of 640 students studying in Manmohan Memorial Institute of Health Sciences, 236 samples were recruited into this study. For sample size calculation, results of various studies on this topic were considered for this study prevalence rate of Internet Addiction of most relevant previous study [27-30]. The result of study was found to be 18.88%. The sample size was determined by using the formula n=[z²*p*q]/d² where z=1.96 (at 5% error); d=0.05, p=expected proportion in population which is 18.88% i.e. 0.1888 and q=1-p.

Structured questionnaire was developed for collecting the data. Data was collected with structured self-administered questions which took about 20-30 minutes.

Questionnaire developed comprises of four parts, first part consists of socio demographic details, second part consists of factors related to Internet Addiction, and Internet related behaviors and Young’s Internet Addiction test developed by Dr. Kimberly S. Young in 1998. It includes 20 questions with a scoring of 0-5 for each question and a total maximum score of 100. Based on scoring subjects was classified into normal users (<20), mild (20-49), moderate (50-79) and severe (>79) internet addiction groups. Mild addict, moderate and severe groups were categorized as internet addicts.

Definition of the variables

Internet addiction: It is defined as a compulsive loss of impulse control resulting in damage to the user and his/her relationships, schoolwork or employment.

Cyber pornography: The act of portraying or observing sexual subject matter for purpose of sexual arousal through internet.

Online shopping: Online shopping or e-shopping is the form of electronic commerce that allows consumers to buy goods or services from sellers directly through online.

Blogging: The act of sharing opinions, reflect and discuss various topics in the form of an online journal, sometimes letting readers comment on their post in a website.

Collected data were entered into MS Windows Excel in the form of codes. Analysis was performed using Statistical Package for Social Sciences (SPSS) 17 version. In bivariate analysis with categorical variables, χ2 test was applied. Probability of significance was set at 5%.

We obtained written permission from the institute authorities before interacting with the students. All the students present at the time of the visit were included in the study. Participation in the study was entirely voluntary and full confidentiality of the responses was reassured after clear explanation of the objectives of the study.

In spite of the increase in digital revolution which has contributed to increasing internet penetration rate from 25.82% to 32.78% of the total population of 26.49 million in Nepal [31-33] no study to the best of our knowledge, has attempted to assess internet related activities by its users. As such, this study sought to fill the observed gaps by determining the prevalence of Internet Addiction and factors contributing to it along with the activities carried out by them when online. This study is attempted to elucidate the association between internet addictions, internet related activities and its pattern of use [34,35].

Our study revealed 1.3% severe internet addicts. This is in tandem with studies [36-38] where prevalence of internet addiction was found to be severe in 4.2% and 1.9% respectively. Although the level of severe addicts in our study (1.3%) lower compared to previous studies [39], it is greater than zero percent (0%) reported from Manglore [40,41]. Similarly the level of normal users in this study (7.2%) is far less than 94.19% reported by a study from Italy [42]. This variation in results may be due to the increased amount of accessibility of Internet through smart phones.

The total amount of time spent on internet varied from 15 minutes to 10 hours per day with mean 2.79 ± 1.85 hours. This result is consistent with previous study conducted in undergraduate students of India which was 2.10 ± 1.19 hour [4]. The resemblance in result is may be due to the similarity in socio-cultural and socio-economical prospects of Nepal and India. When amount of time spent on internet was compared this study showed that the internet addicts are more likely to spend longer time on internet which is in accordance with findings of previous studies [43].

The speed of internet used was categorized into high, intermediate, slow and very slow and highest number of participants used intermediate speed of internet with 72.9%. The result contradicts the study conducted in Iran which revealed 69.7% using high internet speed [4]. The speeds of internet in both studies were determined subjectively and the variation may be due to difference in technological advancement in the two countries.

When the type of SNS was assessed it revealed that highest number of subjects used Facebook 88.56% and YouTube with 61.86%. Facebook being most prominent SNS with more than 900 million users worldwide, of whom 50% users login every day, was first developed as virtual community for students and therefore may not be surprising that it is students who use it excessively and in potentially addictive manner [13]. In a study conducted in Lebanon it was found that 84.2% used internet for communication and messaging [7]. In study conducted in India it was revealed that 97.8% used different social networking site when using internet [5]. These findings support the results of present study. As people are being more engaged in internet, the use of social networking sites is a mean to communicate with friends and families and can be used as an escape from daily stress.

While assessing the activities of participants on internet, it was found that 20.8% engaged themselves to cyber pornography. It is consistent with the findings of study conducted in Taiwanese students [12].

When the activities carried out by subject were analyzed it was found that the internet was being used for various purposes such as checking mails and messages (76.7%), online shopping (15.67%), reading news (61.01%), Blogging (6.35%), scientific searches (58.9%). These results resemble the findings of the study conducted in Taiwan, India and Iran. The resemblance in this study suggests the purposes of surfing internet are similar globally among students.

As regard with association between internet addicts and non addicts in terms of socio demographic variables and no significant difference was observed. In contrast to the study conducted in Taiwan, India and Iran, where gender was significantly different with (p<0.001), (p=0.006) and (p<0.001) [12,14,32]. A survey entitled “Internet Addiction and its Predictors in Guilan Medical Sciences Students, 2012” revealed significant difference between age, gender, marital status and level of study [15].

Similarly, while examining the relationship between the internet addicts and non addicts in terms of activities carried out on internet. No significant relationship was observed except for watching sexually explicit contents (χ²=4.8000, df=1, p<0.05) which is consistent with finding of study conducted in Taiwan where p value for surfing pornographic website was p<0.001). In contrast to present study other study showed significant relationship with information searching, downloading MP3s, chatting with new people, playing online games, communicating with friends and families [4,12,14].

The study reveals that the prevalence of internet addiction is high in Nepal and is following global trend. People are being more indulged in activities like watching sexually explicit contents while online, playing online games, and spending great amount of time in internet. To address these emerging issue proper interventions should be taken promptly and a governing body should be established to forestall the possible impact of Internet addiction on students.

The authors would like to give special thanks to the students of Manmohan Memorial Institute of Health Sciences who has participated in their participation in this study. 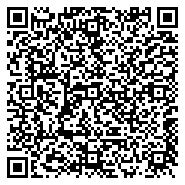