Is Achieving Undetectable Viral Load in the CNS Reservoir an Important Benchmark for Curing HIV Infection?

Viral reservoirs present a formidable challenge in our search for a cure of human immunodeficiency Virus (HIV) infection. It is widely known tthat combined antiretroviral medications do not access the central nervous system (CNS) at optimal levels. Recent experience with hematopoietic stem cell transplant technology highlight both the need to purge the CNS reservoir from latent HIV-infected macrophages and microglia, and the requirement for utilizing homozygous CCR5Δ32 allele in successfully curing HIV infection and progression to acquired immunodeficiency syndrome (AIDS). These developments bring into focus the need to study additional alleles that affect disease progression, neurocognitive status, and potential viral egress from the CNS.

An important benchmark in human immunodeficiency virus (HIV) infection management is the elimination of virus from the infected individual. However, complete viral clearance is not achieved through any of the currently available treatment options [1-3]. Nonetheless, combined antiretroviral therapy (cART) provides a “functional cure” and decreases viral loads to below detection in blood plasma in many patients. [4]. Unfortunately, HIV persists in reservoir sites such as resting T-cells in lymph nodes and microglia/macrophages in the central nervous system (CNS). Potential reactivation of latent virus from these reservoir sites prevents achieving a “sterilizing cure” [3,5,6].

From the perspective of disease management, it is crucial to block or delay the onset of AIDS-defining conditions (ADCs) and non- AIDS conditions. For example, improved disease management and greater life spans for people living with AIDS have led to a shift in malignancies such as Kaposi’s sarcoma and non-Hodgkin’s lymphoma being identified as non-AIDS malignancies [7]. With efficacious cART disease management, the most frequently occurring ADCs include tuberculosis, Pneumocystis carinii pneumonia and oesophageal candiasis [8]. However, progressive multifocal leukoencephalopathy, lymphomas and Mycobacterium avium complex infections continue to occur as ADC events despite cART administration [8]. Nonetheless, comorbidities such as Hepatitis C infection and substance abuse tend to negatively impact the efficacy of cART [9,10].

HIV infects target cells in a host cell receptor-dependent manner. The viral surface protein gp160 consists of gp120 and gp41 subunits that interact with permissive host cells that express the appropriate receptors. The primary receptor for HIV infection is CD4, and two of the most common co-receptors are CXCR4 (R4) and CCR5 (R5). Viral gp120 first binds to CD4 on the host cell surface and this interaction promotes a conformational change in gp120 so that it can interact with X4 or R5. Viral gp41 inserts into the host cell membrane, thereby facilitating viral entry into the cell. In general, most CD4+ T-cells express X4, but may also express R5. On the other hand, macrophages express R5, but also may express both co-receptors. The virus may be referred to as T-tropic (X4), M-tropic (R5) or dual tropic (R5X4) depending on its ability to interact with cells expressing one or both co-receptors. In this context, individuals homozygous for the CCR5 gene variant Δ32 are naturally resistant to R5 HIV tropic strains.

The CNS reservoir is not adequately accessed by cART to ensure optimal therapeutic efficacy [11]. Onset of ADCs and other illnesses is expected to trigger HIV from the resting T-cells. Events such as these provide opportunities for the virus to enhance its fitness and enrich reservoir pools from which the peripheral population of CD4+ T-cells may be reseeded. Such evolution of virus and incremental increases of viral fitness contribute to the eventual failure of cART. In the CNS, the opportunity for the virus to evolve and enhance its fitness occurs under sub-therapeutic cART levels. Some believe that the newly evolved CNS isolates may also possess the ability to reseed the peripheral CD4+ T-cell population and contribute to cART failure. This was in fact a driving force for many alternative therapies that utilized macrophage-based nano formulations of antiretroviral drugs [12].

Viral reactivation from the resting T-cell population are often described as “blips” in HIV-infected individuals undergoing cART, while routinely maintaining viral loads to below detection levels (HIV RNA>50 copies/mL by standard assays) [13]. Such viral resurgence is attributed in part, to immune activation often resulting from onset of opportunistic infections thereby accelerating disease progression [13]. Instead of purging of the reservoir while undergoing cART, these low level bursts of virus may provide a source for replenishing reservoirs [14]. Nonetheless, emergence of drug-resistant strains through this mechanism is predicted to be unlikely [15]. Some studies have predicted that the accumulation of defective mutant strains correlates with slower disease progression [16]. Unfortunately, drug-resistant viruses do emerge from the circulating pool of viruses from the plasma, thereby necessitating adjustments in cART regimens. In addition, multi-drug resistance remains a serious challenge in effective antiretroviral therapy for HIV-infected individuals [17].

Viral emergency from the CNS reservoir and how it may affect HIV disease progression is not well studied. However, the potential for emergent neurotropic viral strains to reseed the periphery and compromising cART efficacy has been an important neuro AIDS paradigm [18]. Sparse evidence exists to suggest that HIV can reseed peripheral tissues from the CNS. In addition, sufficient evidence of viral fitness of these potential emergent neurotropic strains to compromise cART efficacy is lacking. However, in studies with cats that were inoculated with the feline immunodeficiency virus via the intra-cerebroventricular route, peripheral infection was established [19]. Thus, models using HIV-like viruses suggest that the virus could exit from CNS reservoir sites [19]. However, these animals were not subjected to any antiretroviral therapies similar to cART. In studies with mouse models of HIV infection, inoculation of HIV via the intra-cerebroventricular route indicated viral infection in the CNS but transmission into the periphery was not addressed [20]. Another related phenomenon associated with CNS reservoir escape is the transfer of the virus into the cerebrospinal fluid (CSF). Such viral CSF “leaks” have been correlated with progressive neurological dysfunction in patients on antiretroviral therapy [21]. As such, viral dynamics of the CNS reservoir and potential transmission into the periphery have remained pertinent questions in neuroAIDS research.

In 2007, a patient (referred to as the Berlin patient) underwent a hematopoietic stem cell transplantation to treat a relapse of acute myeloid leukemia [22]. Viral activation from reservoir sites was not observed after cessation of cART in this patient [22]. The X4 co-receptor tropic pre-transplantation viral plasma population of this patient failed to infect the new CD4+ T-cells in the repopulating CCR5Δ32/Δ32 pool. Thus, pre-transplantation conditioning did not permit completely eradicate HIV from the “sanctuary” sites. Long-term resident HIV infected non-circulating immune cells such as the tissue CD4+ T-cells or CNS macrophages/microglia are potential reservoir sources for virus emergence. These cell types are virtually resistant to chemotherapy and radiation treatments utilized as part of the pre-conditioning protocol [22]. Interestingly, post-transplantation in reservoir sites, no pre-transplantation heterozygous pool of CCR5/Δ32 macrophage/ microglia and CD4+ T-cells were identified. Moreover, no X4-tropic viral strains emerged in the absence of cART [22].

Based on the bone-marrow transplant with CCR5Δ32/Δ32 cells, it may be inferred that the combination of pre-conditioning therapies and utilization of the homozygous CCR5Δ32 mutants ensures that the CNS reservoir is purged and that there is no resurgence of new infection from the pool of resting T-cells or from any incoming viruses. However, the wider applicability of this approach is limited by the stringent requirement for a human leukocyte antigen (HLA) match between the rare CCR5Δ32/Δ32 allele carrying donors and recipients. Fortunately, utilizing stem cells from umbilical cord decreases the stringency of HLA match and increases the probability of finding suitable donors. Nonetheless, as this allele occurs with an incredibly low frequency in the non-Caucasian population, this type of treatment option still possesses considerable limitations. Despite these obstacles, substantial efforts are now being put forward to screen and develop a cord blood inventory from the CCR5Δ32/Δ32 allele population [23].

Transplanted stem cells cause a temporary elimination of the virus in the plasma, however the virus from CNS and gut macrophage reservoir sites do reemerge and establish HIV infection as recently observed for two Boston patients that received stem cells not carrying the CCR5Δ32/ Δ32 allele [24]. Thus, the success in combating resurgence of virus from deep-seated reservoirs in the CNS, the gut-macrophage population or resting T-cells may depend on the presence of the homozygous allele [24].

Evidence such as this leads us to ask which other alleles besides CCR5Δ32/Δ32 may hinder progression to AIDS, establishment of the CNS reservoir and regulation of viral re-emergence from the CNS (Table 1). The HLA alleles have been widely identified as predictors of delayed disease progression and enhanced neurocognitive deficits. The HLA DR*04 allele was associated with onset of HIV-associated neurocognitive disorder and decreased plasma viral RNA levels [25]. On the other hand, HLA Class I alleles (B*27, 57, 58, A*03, 33), which specify CD8+ T-cell response were associated with neuroprotective outcomes in a patient cohort. Remarkably, occurrence of HLA-DR*04 and the Alzheimer-associated allele ApoE4 in the same patients had a synergistic effect on neurocognitive decline [25].

While transplant studies suggest that the CNS reservoir can be purged and viral resurgence prevented [22], the absence of the homozygous CCR5Δ32/Δ32 allele is critical as proven by the failures of subsequent transplants without this allele [24]. How might other alleles, particularly the well-studied HLA alleles enhance or modify the transplant methodology is an open question [25-29]. Viral outgrowth assays from resting T-cells enable us to predict the size of such reservoirs and the viral fitness of the emerging viral strains. However, predicting reservoir size of the CNS or performing viral outgrowth assays is challenging and not feasible for most clinical samples. Nonetheless, this question can be addressed in experimental model systems to understand viral egress from the CNS and its significance in the disease outcome. Based on these developments it is anticipated that purging HIV from the CNS reservoir will continue to remain an important hurdle for the success of future therapies attempting to cure HIV infection. Incorporation of knowledge from genetic polymorphism studies, particularly with HLA antigens may aid in future HIV therapeutics.

Copyright: © 2013 Dave RS, et al. This is an open-access article distributed under the terms of the Creative Commons Attribution License, which permits unrestricted use, distribution, and reproduction in any medium, provided the original author and source are credited. 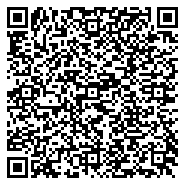