Copyright: © 2016 Singh BL, et al. This is an open-access article distributed under the terms of the Creative Commons Attribution License, which permits unrestricted use, distribution, and reproduction in any medium, provided the original author and source are credited.

India has the highest burden of tuberculosis (TB) in the world with an estimated incidence of 217 cases per 100000 population and mortality of 36 cases per 100000 population. The most common etiological agent is Mycobacterium tuberculosis but different species of the same genus namely M.avium, M.kansasii and M. ulcerans are also attributed to the illness. Droplet infection by aerosols in the air is the most common mode of transmission of TB among the masses. Higher bacterial load and absence of initiation of treatment increases the secondary attack rate of tuberculosis. With the treatment coverage of 59%, there are very high rates of transmission of the infection among the population [1]. Over 4.3 million health care workers (HCWs) are involved in providing health care facilities to the Indian population at various levels ranging from tertiary health care centres to primary health centres including the community services [2]. Risk of acquiring TB infection is high among these HCWs worldwide but it is particularly high in countries with huge disease prevalence like India [3,4]. World Health Organization (WHO) has long back recommended the infection control guidelines to prevent TB among HCWs but these guidelines have been sub optimally implemented in resource poor settings [5]. Autopsy specimens, comprising of lungs, liver, spleen and kidney, of a 38-year-old patient were received in histopathology laboratory of Kasturba Medical College, Mangalore (a coastal town in southern India) for diagnosis. On studying the histopathological sections, ill formed granulomas composed of epithelioid histocytes, occasional giant cells, lymphocytes and plasma cells were identified in figure 1a and 1b. In severe immunodeficient states, for example AIDS the lesions might comprise of abundant swollen macrophages with all of them containing huge number of acid fast bacilli. Granulomas are absent or poorly formed and necrosis is not seen. These changes then resemble those of lepromatous leprosy. A leproma like pattern has also been described in disseminated BCG infection [6]. With this case, we want to emphasize that such a huge load of bacilli pose a major threat to all the HCWs who handle such tissue specimens. It is highly recommended that infection control guidelines be followed strictly at all levels of health care and each specimen in any laboratory be handled as potentially infectious, especially so, in the endemic countries. 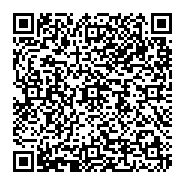