Medical Comorbidities in Patients with Alcohol Dependence Does Nicotine Matter?

Background and aims: Substance use disorders are associated with adverse health consequences. The present study aimed to find whether additional nicotine dependence was associated with greater rates of medical morbidity among patients with alcohol dependence.

Results: The present study included 102 patients with concurrent alcohol and nicotine dependence and 20 patients with only alcohol dependence. The overall occurrence of medical comorbidity in the entire sample was 66.4%, with gastritis being the commonest. The rates of medical disorders did not statistically differ between those with alcohol dependence and those with concurrent alcohol and nicotine dependence.

Alcohol use disorders are associated with several medical comorbidities (Stein, 1997). Alcohol adversely affects several organ systems, including gastrointestinal, hepatic, neurological, cardiovascular and reproductive systems (Albano, 2008; Gramenzi`et al., 2006) Continued alcohol use represents a health hazard, requiring frequent visits to the hospital and a reduction in the overall quality of life (O’Connor & Schottenfeld, 1998). However, individuals with alcohol use disorders are often disinclined to seek treatment, leading to continuation of medical problems and exacerbation of the physical complications (Ryan, Plant & O’Malley, 1995; Adamson, Sellman & Frampton, 2009). Thus, treatment of alcohol use disorders provides an opportunity not only for addressing the substance use disorder, but also for providing care for the associated medical comorbidities.

Alcohol use disorders seem to be gradually increasing in prevalence in the Indian population over the last few decades (Benegal, 2005; Murthy, 2010). This calls for the health service delivery systems to be geared up to the challenges of medical problems associated with alcohol use (Mattoo, Singh & Sarkar, 2015). The prevalence of nicotine use is quite high in the Indian population, though alcohol use disorder is one of the most frequent reasons of consultation in de-addiction settings (Basu, Sarkar & Mattoo, 2013; Basu et al., 2012). Consequently, it would be helpful to ascertain whether presence of additional nicotine use is associated with greater medical comorbidity. Thus, this study aimed to assess the medical comorbidities associated with alcohol use, and to assess whether concurrent nicotine use disorder conferred an increased risk of having a medical disorder.

The present study was conducted in an out-patient setting of a de-addiction centre attached to a tertiary-care teaching hospital in Southern India. The de-addiction centre caters to patients with a variety of substance use disorders, though alcohol and nicotine constitute the most common substances of abuse encountered at the centre. Both in-patient and out-patient treatment is being provided at the centre. Both pharmacological and psychotherapeutic approaches are utilized for management. After initial detoxification, relapse prevention measures are emphasized to the patients to maintain abstinence.

After being registered at the centre, each patient is assessed in detail by a resident under the supervision of an experienced faculty member using a structured questionnaire. Information is gathered from the patient and/or the family members when it is available. The course of substance use disorder is charted, and the complications accrued as a consequence of substance abuse is also recorded. The diagnosis of substance use disorder is made in accordance with the ICD-10 criteria (World Health Organization, 1992). Exploration of the presence of medical comorbidities is assessed using patient self-report, family member report or previous medical records.

The present record-based study included patients registered in the de-addiction centre over a period of 12 months from January to December 2012. Information was extracted from the records using a template by one of the investigators. Data pertaining to the substances of use, the duration of use, and the presence of medical comorbidities were recorded. Data was coded according to a pre-defined coding plan. A subset of the sample was re-checked to assess for fidelity of the coding (Sarkar & Seshadri, 2014).

Statistical analysis was performed using SPSS for Windows, Version 16 (Chicago, SPSS Inc.). For the present analysis, only those patients who had alcohol dependence were included in the study. The sample was divided into patients who had only alcohol dependence and those who had alcohol dependence and concurrent nicotine dependence. The rates of medical comorbidities in the two groups were compared using the chi-square test. The relationship of presence of medical comorbidities with selected clinical parameters was also assessed using appropriate parametric or non-parametric tests. Missing value imputation was not conducted. All the tests were two tailed and a p value of less than 0.05 was considered as significant.

A total of 128 patients were registered in the de-addiction centre over the period of one year, out of which 122 patients had alcohol dependence and were included in the analysis. Six patients were excluded as they did not meet criteria for alcohol dependence. Of the included sample, nicotine dependence was present in 102 (83.6% of the sample), and was absent in 20 (16.4% of the sample). Among the patients with nicotine dependence, 70 patients (68.6%) used smoked forms of tobacco, 27 patients (26.5%) used chewed/snuff forms, and in 3 patients (2.9%), the usage pattern was mixed/ unclear. The average number of cigarettes smoked per day was 11.8, with a median of 10 and an inter-quartile range of 5 to 15 cigarettes per day (some patients were taking beedis, and an assumption was made of 2 beedis being equivalent to 1 cigarette). All the patients included in the study were men. The characteristics of alcohol dependent men with and without nicotine dependence are shown in Table 1.

Table 2: Multivariable logistic regression analysis for predictors of having a medical comorbidity.

The study found that a majority of the alcohol dependent individuals treated at the centre also had concomitant nicotine dependence. This is in line with the existing literature of concurrence of nicotine and alcohol use disorders (Sobell, Sobell, Kozlowski & Toneatto, 1990). In the present sample, presence of additional nicotine use disorder did not increase the likelihood of having a medical disorder. It is possible that the very high rates of medical comorbidity in this sample (66.4%) may reflect the fact that most patients report to a tertiary care hospital for treatment only after they experience medical problems.

The findings of this study suggest that medical evaluation should be undertaken for patients with alcohol dependence, even when the reason for consultation does not include a medical problem as a presenting complaint. Since de-addiction services are often segregated from other medical specialties in terms of training of personnel and treatment approaches, it is incumbent upon de-addiction specialists to manage the medical comorbidities ascertained and seek referral when applicable. This is more applicable while admitting the patients for detoxification treatment (Kattimani & Bharadwaj, 2013). The findings also call for spreading awareness to the lay public about the harms associated with alcohol use, as certain forms of alcohol are perceived as less harmful than nicotine products (Sarkar, Balachander & Basu, 2014). The awareness programmes must also focus on encouraging the public to seek early treatment for substance use disorders, rather than delay it until the occurrence of medical comorbidities.

The descriptive profile of the medical comorbidities with substance use disorders gives an insight into the type of disorders expected to happen in these patients. Gastritis being the most common self-reported medical problem in this population calls for a screening for the presence of this condition among patients coming to the de-addiction setting. Symptomatic treatment with histamine receptor blockers or proton pump inhibitors, supplemented with detailed assessment and investigations where indicated (e.g. hematemesis) might help to reduce the discomfort of the patient and also address more serious conditions like peptic ulcer and gastric varices.

Some of the limitations of the present study need to be considered while making inferences. First, this was a study done at a single tertiary care center and therefore the findings cannot be generalized to other settings. Second, it carries all the design limitations of a record based study including possible under-reporting by patients as data was collected for clinical purposes. Third, the sample size was relatively small and hence the effect of certain patterns of drinking on medical co-morbidities could not be evaluated. Fourth, we could not assess the dose-response relationship of substance use and medical morbidity. This may more meaningfully be done through multiple longitudinal interviews on the same cohort. Fifth, the present study did not assess laboratory findings, as decisions for doing blood tests are based upon clinical suspicion and are not done on a routine basis.

To conclude, the present study suggests that a majority of patients with alcohol dependence presenting to de-addiction services have comorbid medical disorders which needs further evaluation and treatment. Presence of additional nicotine dependence does not substantially increase the rates of medical disorders among those who already have alcohol dependence. Further studies are required to understand the dose-response relationship of alcohol use disorder with the progression and outcome of various medical comorbidities. 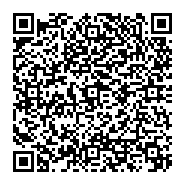