Mindful Triage: Improving the Quality of Care of Patients with Mental Illness in the Emergency Department

The Department of Nursing, Faculty of Health and Welfare Sciences, University of Haifa, Israel

As the emergency department (ED) faces growing demands, rising acuteness, and longer waiting times, effective, efficient, and accurate triage systems become crucial. Precise triage is even more complex when handling admissions of patients with mental health illnesses. Previous research on that matter ignored the cognitive aspects of a provider-patient encounter in the ED, and the fact that clinicians are not immune to cognitive biases. It is suggested here that implementing mindfulness in the triage can contribute in improving accurate triage and better quality of care for patients with mental illness. The paper introduces the concept of mindful triage and discusses practical interventions to this mean.

As the emergency department (ED) faces growing demands, rising acuteness, and longer waiting times, effective, efficient and accurate triage systems become crucial (Brown & Clarke, 2014). Triage—the initial assessment of patients who present at the ED—is aimed at diagnosing and prioritizing as quickly and accurately as possible the current state of the patient, and determine his/her trajectory for care (Beardsell & Robinson, 2010). Effective triage requires a professional team, capable of identifying the precise clinical priorities, and providing the right care, within time frames that will not negatively affect the prognosis, despite the unpredictable, complex and dynamic work environment of the ED (Farrohknia et al., 2011). Recently this task has become more complex, due to the growing presentations at the ED, including up to 40% of patients whose condition is not urgent (McCaig & Nawar, 2006). Precise triage is even more complex when handling admissions of patients with mental health illnesses (Jones, Howard & Thornicroft, 2008). For example, a study of mental health presentations at an emergency department in Canada demonstrated that almost 50% of patients triaged as not urgent required hospitalization, suggesting that these patients may have been under-triaged (Clarke et al., 2006). Another study found that patients with comorbid mental illness and diabetes, who presented at an ED, were less likely to be admitted to hospital for diabetic complications than those with no mental illness (Desai, Rosenheck, Druss & Perlin, 2002). In this vein, mental health patients and their relatives reported that they typically sensed that they were under-triaged when turning to the emergency services (Clarke et al., 2007). Vilan & Stern (2010) concluded that patients with mental illness “are losing an astonishing number of years of life to preventable and treatable medical illnesses” (p. 463), possibly starting at the triage process in the ED.

Although these lines of research certainly have merit, they ignore the cognitive aspects of a provider-patient encounter in the ED, and the fact that clinicians are not immune to cognitive biases (Croskerry, 2013). As Croskerry argues: “Becoming alert to the influence of bias requires maintaining keen vigilance and mindfulness of one’s own thinking” (p. 2447). Better triage processes seem to rely less on strict compliance to guidelines and support tools than on behavioral processes of collective mindfulness enacted by the triage team (Vogus & Sutcliffe, 2007). A mindful triage is embedded in the premise that to sustain a reliable performance in a dynamic complex environment critically depends on how employees think, gather information, perceive the world around them, and can change their perspective to reflect the situation at hand (Weick, 1999). Collective mindfulness consists of five related principles.

The first principle—reluctance to simplify interpretations— means deliberately questioning assumptions and creating a more complete and nuanced picture of operations, as well as avoiding operating on “automatic pilot,” despite previous knowledge or expertise with related experiences (Vogus & Sutcliffe, 2007). In the specific context of triaging patients with mental illness, reluctance to simplify interpretations is critically important, given the busy ED, and the fact that ED has become the default centre for care for patients with mental illness (Brown & Clarke, 2014). Case 1 describes the case of a patient with mental illness who arrived at the ED. Cases like this are, unfortunately, not as rear in the ED. The example highlights cognitive failures of the triage team: the team anchored onto the patient’s mental illness as the most significant problem, ignoring the impaired physical condition (Tversky & Kaheneman, 1973). Avoiding simplistic interpretations such as "The patient has mental illness so probably has no serious problem” or “The patient probably entered the ED as a substitute for primary-care in the community" could have prevented the patient’s death. Instead, mindful triage calls for treating the patient non-judgmentally, examining him or her with a beginner’s mind, and ignoring past encounters with patients with a non-serious condition (Kabat-Zinn, 1990).

The second principle—sensitivity to operations—is moving from automatically following procedures, triage tools and technical supports to staying alert and being actively involved in gathering information about the patient, monitoring his or her progress of care in real time (Knight, 2004). Returning to the previous example in Case 1, the triage team demonstrated another typical cognitive failure: confirmation bias (Lewicka, 1998), namely failure to conduct a sufficient search to rule out other reasons for admission to the ED than mental illness. Mindful triage means looking at the patient, listening and smelling him or her for a fresh, unbiased picture of his or her condition, and then to integrate this information with other information sources such as the patient’s declared reason for admission into the ED and background diseases. Mindful triage, in this respect, could have led the triage team to seek unbiased information on the patient’s condition, which might have contradicted the information that the patient was undergoing a panic attack; this would have guided them to treat the patient’s physical condition.

Thirdly, commitment to resilience means building-up resilience to manage unexpected events by developing and refining capabilities to quickly detect, contain and learn from errors and unexpected events (Vogus & Sutcliffe, 2007). The example shown in case 1 illustrates how the triage team were not committed to resilience but were influenced by the framing cognitive failure (Croskerry, 2013).

The fourth principle—deference to expertise—means ensuring that decision-making authority goes when necessary to the person or people with the most expertise (Vogus & Sutcliffe, 2007). This component of mindful triage asserts that seniority or expertise should not serve as the exclusive parameter for quality decision making in the ED, as it may lead to cognitive failure, stemming precisely from experience with such patients (Drach-Zahavy & Somech, 2010). Instead, pathways for enhanced mindful triage might include involving the patient in ensuring the safety and quality of care (Schwappach, 2009), integrating mental health nurses in the triage of patients with mental illness (Happell, 2011), or empowering bedside nurses who stay in close contact with the patient to serve as his or her advocate (Cypress, 2014).

The fifth principle—preoccupation with failure—is practicing with a persistent, proactive wariness of the unexpected (Vogus & Sutcliffe, 2007). This principle asserts that “to err is human” so errors should been seen as an opportunity for learning (Weick, 1999). Thus, the triage team should engage in mutual meetings to reflect on the root cause of near misses and errors, and to discuss innovative processes to overcome barriers to accurate triage.

Mindfulness in the ED can be addressed by educational interventions that focus on critical thinking, the “ability to engage in purposeful, self-regulatory judgement” (Croskerry, 2013). Educational efforts should also be directed at discussions of the major cognitive biases and the way they affect decision making in the triage, as well as how professionals can override them, and develop effective cognitive de-biasing strategies. For example, nurses should be trained to present the patient to the physician in an objective, unbiased way. Other interventions should focus on enhancing process accountability in the triage team, thereby motivating team members to pay greater attention to the course of thinking underlying their decision in regard to the patient’s emergency, and minimizing decisions based on automated pilot mode (Scholten et al., 2006). Finally, triage team should embrace “stop-and-think interruptions,” when at several moments during the shift the triage nurse can review the condition of the patients she has triaged till then, and re-confirm or change her former triage according to the patient’s evolving condition (Ilgen, Hollenbeck, Johnson & Jundt, 2005). 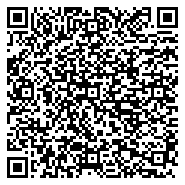