Copyright: © 2014 Khetchaturat C. This is an open-access article distributed under the terms of the Creative Commons Attribution License, which permits unrestricted use, distribution, and reproduction in any medium, provided the original author and source are credited.

Waves are the main factor inducing coastal erosion. The main objectives of this study are to investigate coastal
erosion by using artificial winds which blow from the east. The wind speed increased from ascending starting from 5
m/s to 20 m/s. Wave spectrum is used for this purpose. Wave spectrum output was taken by different wind speeds.
The wave spectra refraction patterns are modeled from WAM-cycle4 model. The simulations of model were used
to model the wave spectrum along the shoreline. The results show that the wave spectra extracted from ocean
wave model which resolution is 0.017×0.017 degree latitude/longitude grid over the area of interest. The area that
we study is an embayment shoreline which the wave energy is dispersed along the lines of equivalent depth. That
means the coastal erosion in this area does not have much effect by the wave spectrum. Using WAM-cycle4 model
shows that there is no significant difference of the wave spectrum at the shoreline before and after adding the
constructions into grid experiment on domain of ocean wave model, so the constructions in distance of 20 km, from
shoreline of Songkhla should not cause more erosion to shoreline.

Ocean waves are produced by the wind. The faster the wind, the longer the wind blows, and the bigger the area over which the wind blows, the bigger the waves. In designing ships or offshore structures we wish to know the biggest waves produced by a given wind speed. Suppose the wind blows at 20 m/s for many days over a large area of the North Atlantic [1-5]. What will be the spectrum of ocean waves at the downwind side of the area? It is important to realize that the spectra presented in the section are attempts to describe the ocean wave spectra in very special conditions, namely the conditions after a wind with constant velocity has been blowing for a long time. A typical ocean wave spectrum will be much more complicated and variable. For example it may have two peaks, one from distance swell and the other generated by the local wind. The concept of a wave spectrum can be quite abstract and is described in Waves and the Concept of a Wave Spectrum. The wave spectra information was then used to model shoreline changes by investigating the wave refraction patterns. From these patterns, the volume transport at several locations was estimated. The location of sedimentation and erosion along the shoreline of the gulf of Thailand was estimated. The wave spectra extracted from ocean wave analysis model data showed wavelengths ranging. The main direction of the waves given by the spectra was from the upper Gulf. The wave refraction patterns varied, showing both convergence and divergence, indicating erosion and sedimentation locations, respectively. Finally, the regression model showed that erosion occurred [6-8].

Wave spectra derived from WAM-TMD model, The WAM-model is a third generation wave model which solves the wave transport equation explicitly without any presumptions on the shape of the wave spectrum. It represents the physics of the wave evolution in accordance with our knowledge today for the full set of degrees of freedom of a 2d wave spectrum.

where E is the two-dimensional wave spectrum. The value of E depends on the spatial coordinates x and y, the temporal variable t, the frequency domain f, and the direction domain θ. The parameter

is the group velocity function of variables x, y, f and θ. The Si parameter defines source/sink terms, such as the atmospheric input Sin, the nonlinear wave-wave interaction Snl, thehigh frequency dissipation Sds, and the bottom friction Sbt. The goal is to solve for the time rate of change in E, or the directional spectra in a prescribed gridded system [9].

The bottom may induce wave energy dissipation in various ways: e.g. friction, percolation (water penetrating the bottom) wave induced bottom motion and breaking. Outside the surf zone, bottom friction is usually the most relevant. It is essentially nothing but the effort of the waves to maintain a turbulent boundary layer just above the bottom. Several formulations have been suggested for the bottom friction. A fairly simple expression, in terms of the energy balance is due to JONSWAP project:

Where Γ is an empirically determined co-efficient.

The wave energy spectral density E (f) or simply the wave spectrum may be obtained directly from a continuous time series of the surface η(t). Using a Fourier analysis, the wave profile time trace can be written as an infinite sum of sinusoids of amplitude An, frequency ωn, and relative phase εn, that is

The coefficients an and bn in the above equation may be determined explicitly from the orthogonality properties of circular functions (Figures 1 and 2). Note that a0 is the mean of the record. Because real observations are of finite length, the finite Fourier transform is used and the number of terms in the summation is a finite value. 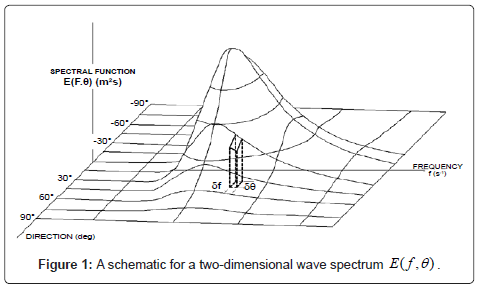 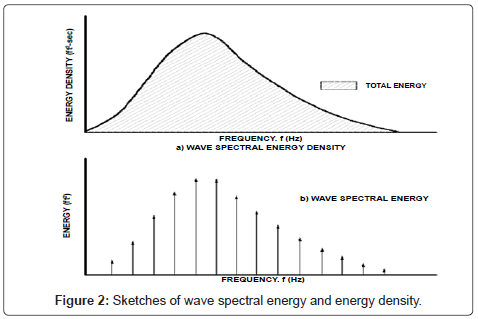 By an intuitive extension of this simple wave, the variance of a random signal with zero mean may be considered to be made up of contributions with all possible frequencies [10]. We thus can find a random signal as

The moments of a spectrum can be obtained by

Therefore, the zero-the moment m0, the total area under the wave energy density spectrum, determines the significant wave height for a given E(f).

The ocean wave model domain is located in the Gulf of Thailand between latitude 5° N to 15° N and longitude 95° tE to 105° E. Bathymetry grid is taken from ETOPO1 covering the region 95° E to 105° E and 5° N to 15° N (Figure 3) with 0.017° resolution in both latitude and longitude (589×589 grids). The artificial winds were used, with 0.017° resolution and are linearly interpolated to specify wind components at each wave grid point. The artificial wind speed increased from ascending, starting from 5 m/s to 20 m/s. Coastal wave spectrum is calculated along Songkhla coast where the squared amplitudes for each component are plotted against their corresponding frequencies. The wave spectrum is obtained from a measured wave record, which it was calculated. On the horizontal axis, the wave component are represented by their frequencies which using the frequency and energy of waves [11]. In this paper, we add the 1.8 km diameter of constructions to the numerical model, to see how they could affect the shoreline. After we run the numerical model with the artificial winds blow from east to west with the wind speed increased from ascending, starting from 5 m/s to 20 m/s, the 6 points along the shoreline of Songkhla are picked. The wave energy which calculated at the 6 points, are compared between before and after we add the constructions to the model. The results show that the wave spectrum at each point has no significant difference much is shown in Table 1.

The work of this study is linked to the evaluation of coastal processes and to assessing the wider uses of ocean environments, particularly through the use of data incorporated into coastal. For the coastal erosion caused by the wave energy, one of important factor we have to concern about is the bathymetry of the area of interest. In shallow water, waves refract to follow bathymetry, adjusting to travel perpendicular to lines of equivalent depth on the sea floor. The refraction of wave affects the distribution of its energy at the coast. At headlands and point shorelines, wave energy is convergence. In the other hand, wave energy is divergence at coastal embayment and cause less destruction. The area that we study is an embayment shoreline which the wave energy is dispersed along the lines of equivalent depth. That means the coastal erosion in this area does not have much effect by the wave spectrum. Using the numerical ocean wave model shows that there are no significant difference of the wave spectrum at the shoreline before and after adding the constructions into grid experiment on domain of ocean wave model, so the constructions in distance of 20 km. from shoreline of Songkhla should not cause more erosion to shoreline.

I would like to express my sincere gratitude and deep appreciation to Director General of Thai Meteorological Department for guidance, invaluable advice, supervision and encouragement throughout this research which enabled me to complete this research successfully. He was never lacking in kindness and support. 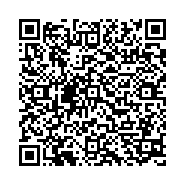