2Department of Nanomedicine and Bioengineering, The University of Texas Health Sciences, Houston, USA

Copyright: © 2017 Mazal N, et al. This is an open-access article distributed under the terms of the Creative Commons Attribution License, which permits unrestricted use, distribution, and reproduction in any medium, provided the original author and source are credited.

Unresectable hilar cholangiocarcinoma ‘Klatskin Tumor’ is a rare malignancy with limited treatment options and an overall poor prognosis. Percutaneous Irreversible Electroporation (IRE) is a relatively new ablative procedure with potential for treating unresectable cholangiocarcinoma, improving morbidity, and ultimately prolonging survival. The main benefit of IRE relies in the non-thermal technology which can be considered in patients with hilar tumors given the criticality of the adjacent vessels and bile ducts. This case report describes a 71 year old female with unresectable Bismuth-Corlette Stage IV cholangiocarcinoma who underwent IRE with disease control 13 months after treatment.

Cholangiocarcinoma is the 2nd most common primary hepatic malignancy with an incidence in the United States ranging from 0.4- 0.9/100,000 with 5 year survival estimated at 2.6-4.4% [1]. The average age at diagnosis of cholangiocarcinoma is 50 years old with curative options including surgical resection, neoadjuvant chemoradiation, and liver transplantation [2]. Staging is based on anatomic location in accordance with Bismuth–Corlette staging classification used for perihilar tumors. Given most tumors, remain asymptomatic until later stages surgical resection is often unavailable which further decreases prognosis. For unresectable tumors, treatment is limited to chemoradiation and stenting for palliation of obstructive symptoms. Given these limitations, alternative treatment options and therapies need to be considered.

One such method currently described in the literature is Irreversible Electroporation (IRE). Percutaneous irreversible electroporation is a cutting edge method which delivers short high-voltage electric pulses to create pores in the cell’s lipid bilayer and induces cell death while sparing adjacent vessels and bile ducts [3]. Given the unresectable nature of this patient’s tumor IRE allowed locoregional ablative therapy to whom otherwise would only have the option to receive chemoradiation. The unique ability of IRE allows preservation of adjacent vessels/bile ducts while maintaining the ability to induce tumoral cell death independent of any heat or cold-sink effect. Heat and/or cold sink in addition to damaging adjacent structures are the main limiting factors in current thermal ablative methods [4]. While the current data is preliminary IRE shows promising results for treatment of pancreatic, hepatic, and renal malignancies with the most significant benefit seen in patients with pancreatic malignancies [3]. Three months following diagnosis the patient underwent IRE. To completely visualize the biliary system and the extent of intra-luminal tumor, the patient was first brought to the fluoroscopy suite. Dilute contrast was infused under fluoroscopic observation into the right sided internal external biliary drain. Contrast was seen in the internal and external biliary systems. The patient was then moved to the CT suite (Figure 2). Under medically induced paralysis, a clinical electroporator was used to administer 90 pulses of 1300 Volts per centimeter to each paired combination between the implanted needles. After IRE, the patient recovered and was subsequently discharged without significant complication. On discharge, the patient was started on Xeloda (capecitabine) 100 mg by mouth twice daily.

At that time the patient underwent intensity-modulated radiation using 6 MV photons and Varian Trilogy linear accelerator for a total of 50.4 Gy in 28 fractions, with a field reduction performed after 45 Gy with concurrent infusion of 5-Fluorouracil at 250 mg/m2 daily. Follow up PET/CT ten months after diagnosis showed interval resolution FDG avidity throughout the liver consistent with complete response to treatment (Figure 6).

The patient underwent a second IRE ablation with the same parameters set forth in the first treatment course (Figure 8).

The repeat IRE one year after diagnosis was complicated by a moderate sized postprocedural subcapsular hematoma. The hematoma which was likely a result of electrode placement was drained and there were no further sequelae from the hematoma. Patient was then hospitalized for pain, low grade fever (100.4 F), and up trending white blood cell count (22,000) all of which subsequently resolved. The bilirubin reached a nadir at 2.7 mg/dL and remained stable afterwards through 13 months post follow up (Figure 9). The patient’s overall condition gradually improved and continues to follow with our multidisciplinary team. Cholangiocarcinoma although a relatively rare malignancy portends a poor prognosis especially in patients declared unresectable. Unfortunately, due to the late presentation less than 50% of patients at presentation are surgical candidates limiting the patient to chemotherapy and/or radiation therapy. Patients with unresectable cholangiocarcinoma undergoing chemotherapy alone (cisplatingemcitabine combination) in one study achieved a median overall survival of 11.7 months and a median progression free survival of 8 months [5,6]. External beam radiation alone has been studied as a palliative measure for biliary decompression has shown modest survival benefit at 1 and 2 years (36% and 5.2 %) versus no therapy (19% and 4.7%) [7]. The data for a combination of chemotherapy and radiation has shown mixed results thus far and is another potential area which could be further studied [8].

This case report discusses our experience in a patient with an unresectable hilar cholangiocarcinoma with the main purpose aimed at encouraging further scientific clinical examination of IRE as a potentially viable treatment option in patients with unresectable cholangiocarcinoma. In our technique, we injected dilute contrast into the biliary system to delineate the amount of intraluminal tumor burden. Using this, we were able to visualize intraluminal targets for needle placement under CT. In this particular case, the patient has far outlived the median survival for chemotherapy or external beam radiation alone.

The potential complications of IRE are mainly attributed to electrode placement and therefore similar to that of image guided liver biopsies and current percutaneous thermal ablative procedures. Absolute contraindications to IRE include patients with metallic Wallstent in the common bile duct or other metallic objects within the electroporation zone [8]. However, there is recent literature describing successful IRE in patients with indwelling metallic Wallstent [8].

IRE which remains a novel ablative method allowed for a successful ablative option in our patient with an unresectable hilar cholangiocarcinoma with promising results as far as 13 months post procedure. Continued research and clinical trials with higher power or combinational therapy with chemotherapy and/or external beam radiation could carry forth promising results not only for IRE applications and patients, but continue to open more doors for the future of interventional radiology. 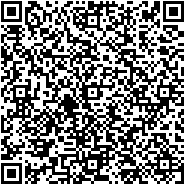