Copyright: © 2017 Daboussi S, et al. This is an open-access article distributed under the terms of the Creative Commons Attribution License, which permits unrestricted use, distribution, and reproduction in any medium, provided the original author and source are credited.

Respiratory involvement of ulcerative colitis is exceptional. The prevalence is estimated to 0.2%. It may develop during the course of the disease particularly after colectomy, but can also occur without any correlation with the activity of the inflammatory bowel disease and can affect numerous organs most notably lungs. Chronic bronchitis and bronchiectasis are the main respiratory manifestations. Lung disease involving pleural and parenchymal damage is relatively uncommon among patients with inflammatory bowel disease. We report the case of an organizing pneumonia associated to a pleural effusion as an extra intestinal manifestation of ulcerative colitis in a 28-year-old man with a longstanding quiescent history of an ulcerative colitis. He was successfully treated with steroids without relapse during the follow-up period.

Ulcerative Colitis (UC) is an inflammatory disease characterized by a chronic inflammation of the colon and the rectum treated commonly with mesalazine, immunosuppressants and steroids. Besides gastrointestinal manifestations, UC affects other organs including the skin, eyes, skeletal system, biliary tract and lungs. Pulmonary disease has been described less frequently than other organs’ manifestations associated with UC. However, it is difficult to distinguish whether respiratory symptoms are secondary to the drug or to the underlying disease process.

A 28-year-old-man with a history of UC had been treated with 5-aminosalicylic acid (ASA) (mesalazine) for 4 weeks. The patient was in a complete clinical remission for 3 years. He had never smoked and had no history of respiratory disease. On (date), the patient suddenly presented dry cough, chest pain and fever with no gastrointestinal symptoms. Physical examination revealed a pleural effusion on the right side of the thorax and a pulmonary condensation on the left side. Chest radiograph showed a rounded opacity on the left upper lobe. A non-specific antibiotic therapy was initiated without any clinical or radiological improvement. Fiberoptic bronchoscopy was performed and Bronchoalveolar Lavage (BAL) samples were obtained from the middle lobe. BAL cell differential counted over 350.000 cells/ml with lymphocytic cellular pattern (>30%) (Figure 1a and 1b). In addition to routine biochemical and hematological tests, bacteriological tests were done excluding infectious causes in particular tuberculosis. Serum connective tissue markers such as perinuclear anti-neutrophil cytoplasmic antibodies (p-ANCA), cytoplasmic (c)-ANCA, anti-nuclear antibody (ANA), and anti-DNA were studied, and all were identified as negative. A High Resolution computed tomography (HR-CT) of the chest performed revealed an alveolar consolidation with an air bronchogram in the lingual associated with a small pleural effusion. Despite treatment, clinical and radiological worsening occurred. In order to achieve a clear clinical improvement, a pulmonary biopsy guided by HR-CT was done. Pathologic examination of the biopsy material revealed that the normal structure of the lung parenchyma was disturbed. Presence of isolated foci of non-specific chronic inflammation bronchiolitis, with non-necrotizing granulomatous inflammation. Foamy alveolar macrophages were present in some alveoli that are filled by edema and fibrin. Also, thickening of interstitial tissue was observed. Thus, histological pattern was compatible with Organizing Pneumonia (OP) and the diagnosis of OP as an extra-intestinal manifestation of UC was retained based on the clinical context (Figure 2a-2c).

Figure 1: Radiographs of the thorax in incidence of face and profile showing a limited rounded opacity which sits at the level of the lingula.

Consequently, corticosteroids were prescribed with intravenous boli of 1 mg/kg methylprednisolone on the first three days. Then, intravenous corticosteroids were switched to oral prednisone (1 mg/ kg) with progressive digression. After six months of therapy, the patient fully recovered with complete remission of clinical signs, pulmonary opacity and pleural effusion on chest imaging. Corticosteroids were thus withdrawn. During follow-up, patients had no recurrence of symptoms (Figure 3).

Although pulmonary disease seems to be a rare complication of IBD, there are a number of case reports since 1970s. The real incidence is not well known; it is estimated to 0.2%. In 2003, Storch reported in his study over 400 cases. Pulmonary disease is more frequently associated with Ulcerative Colitis than Crohn’s Disease. It occurs in adults as well as in children. In 85% of cases, respiratory manifestation succeeds Inflammatory Bowel Disease (IBD) as it is the case of our patient. It may even appear after colectomy in 28% of cases [1-4].

The pathogenesis of pulmonary involvement in ulcerative colitis remains poorly understood. The common embryologic origin of both colonic and respiratory epithelia and the similar sub mucosal lymphoid tissue might be an explanation for comparable patterns of endoscopic and histological lesions. The “shared antigen theory” suggests a cross reaction between enteric flora antigens acting as “super antigens” and shared antigens in gut and lungs causing an immune reaction [4].

In COP, typical patient presents mild fever, non-productive cough, sweats, anorexia, fatigue, weight loss, and mild dyspnea [3]. These symptoms are usually associated with IBD in 40-50% of cases [3]. However clinical signs are rarely severe; some patients may experience acute respiratory failure sometimes with fatal ending. The onset of respiratory symptoms can be acute as our patient, sub-acute or chronic [1].

HR-CT is commonly used to evaluate pulmonary manifestations associated with IBD. A wide range of parenchymal anomalies was reported for the first time by Turner-Warwick [5,6] and recently reviewed by Black and coworkers [7]. The most frequent finding on HR-CT is upper airway involvement with bronchiectasis in 66% of cases. Parenchyma disease is another less frequent pulmonary involvement. The typical imaging features of OP are usually so characteristic that they allow the possibility of diagnosis for most experienced clinicians. Radiographic findings on HR-CT scan may range from patchy focal opacities to diffuse bilateral infiltrates, to nodular densities, to alveolar consolidation with air bronchogram and rarely pleural effusion as it is the case of our patient.

Pleuritis due to IBD is rare. Nevertheless, it is more frequent in ulcerative colitis than Crohn’s disease [1,4,8]. It is often one-sided exudates effusion. No correlation has been found between the presence of pleural effusion and the severity of the illness.

The most common clinical presentation is Bronchiolitis Obliterans Organizing Pneumonia (BOOP) also named organizing pneumonia [7]. No difference has been noted between clinical presentation of OP secondary to IBD and other systemic disease. The specific histological feature is characterized by polypoid endobronchial connective tissue masses composed of myxoid fibroblastic tissue resembling granulation tissue filling the lumens of the terminal and respiratory bronchioles and extending in a continuous fashion into alveolar ducts and alveoli, representing an organizing pneumonia [8,9].

It is essential to rule out infection as the main cause for pulmonary disease especially in patients who are under immunosuppressant. That is why all bacterial, viral and fungal samples should be verified before initiating corticosteroid treatment.

Corticosteroid treatment in OP as a respiratory manifestation associated with IBD results in rapid clinical improvement and clearing of the opacities on chest imaging without significant sequelae [10]. However, in 12-30% of cases relapse is common upon stopping or reducing corticosteroids, thus often leading to prolonged treatment [11]. Recovery can also be spontaneous without any recourse to treatment [12].

Also, infliximab is used to maintain clinical remission of IBD [10,13] and to treat extra intestinal manifestations. Even though this medication has been proven to be efficient in cutaneous, ocular, articular and hepatic disease due to IBD [14,15], few studies have identified its benefits on respiratory manifestations. Casey et al. [8] reported 4 cases of patients with OP including only one patient treated successfully with infliximab.

UC is an inflammatory disease in which activation involves genetic and environmental factors generally treated with mesalazine. Respiratory manifestations are common and often subclinical; it would be interesting to investigate them systematically. However, it is difficult to differentiate between drug-induced symptoms and symptoms due the disease itself. That is consequently, it is imperative to maintain a high index of suspicion for the development of pulmonary disease in the setting of IBD in order to institute appropriate treatment early and avoid complications. 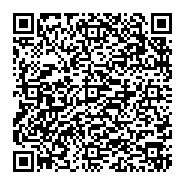