Purpose: Programmed cell death-ligand-1 (PD-L1) has identified overexpression in many solid carcinomas. However, the expression in small cell lung cancer (SCLC) remains unclear and the association between the PD-L1 expression and prognosis is not well investigated. Methods: The expression of PD-L1 was evaluated in 136 specimens of SCLC by immunohistochemistry in Huai’an First People’s Hospital. PD-L1 expression was defined as tumors staining in over 5% of tumor cells. Survival analysis was evaluated using the Kaplan-Meier method. Multivariate regression was performed with the Cox proportional hazards model. Results: One hundred and thirty-six patients were enrolled in present study,including 78 of extensive and 58 with limited stage. PD-L1 expression was detected in 54.4% of all the patients (53.8% in extensive and 55.2% in limited stage). Patients with PD-L1 positive expression showed better overall survival (OS) than PD-L1 negative patients regardless of extensive or limited small cell lung cancer (P value were 0.002 and 0.016, respectively). One hundred and twenty-one patients were with recurrence or metastasis. Median progression free survival of first-line chemotherapy in PD-L1 positive patients was 5.30 and 3.50 months in PD-L1 negative patients (P=0.030). PD-L1 remained as significant prognostic factor for better survival with multivariate analyses (HR=0.76; P=0.041). Conclusion: Our results that PD-L1 is overexpressed in 54.4% of SCLC patients. Expression of PD-L1 is correlated with a favorable PFS and OS in SCLC.

Small cell lung cancer (SCLC) is one of the main subtypes of lung cancer that accounts for approximately 15-20% of all lung cancer [1,2]. More than 60%-70% of SCLC patients were with metastasis at diagnosis. Despite a high rate of response to initial chemotherapy, most of patients may suffer progression [3,4]. New therapeutic method has not emerged currently and with median survival time under one year in extensive SCLC.

Programmed cell death (PD-1/PD-L1) pathway plays an important role to limit the activity of T lymphocyte in tissues at the time of an inflammatory response to infection [5,6]. PD-L1 is broadly expressed in human carcinomas [7,8]. Several preclinical or clinical trials have demonstrated that inhibition of this pathway in solid carcinomas with anti-PD-1 or PD-L1 antibodies exerts a promising effect [9,10]. However, the studies of PD-L1 expression in SCLC have remained unknown. We examined PD-L1 expression in SCLC and investigated its association with clinicopathologic characteristics and prognostic value.

Totally, 136 patients with primary SCLC diagnosed at Huai’an First People’s Hospital from 2009 to 2015 were enrolled in present study. The inclusion criteria were as follows: (1) pathologically proven primary SCLC, and without combined SCLC (2) all patients were staged according to the Veterans’ Administration Lung Study Group staging system [11], (3) disease progression was confirmed using brain MRI, chest/abdomen computed tomography (CT), and ultrasound examination, (4) none of the patients had received chemotherapy or radiotherapy treatment at the time of diagnosis, and (5) Eastern Cooperative Oncology Group performance status (ECOG) of 0 to 2. The study protocol was approved by the Institutional Review Board of Huai’an First People’s Hospital and was conducted in accordance with the Helsinki Declaration of 1964 (revised 2008). All of the participants gave informed consent before taking part in the present study.

All patients were evaluated progression-free survival (PFS) and overall survival (OS), and none were lost to follow-up. The median follow-up period was 13.5 months (5.6-23); Last follow-up day was Dec 31, 2016.

The Chi-squared test was used to evaluate the relationships between clinical characteristics and PD-L1 expression. Survival curves were calculated using the Kaplane-Meier method from the start of confirmed pathology to date of death or last follow-up. The PFS encompassed the time from the start of treatment to documented progression or last follow-up time. Cox regression model was used for multivariate analysis. Statistical analysis was used with the SPSS 18 software (Chicago, IL, US). P<0.05 were considered statistically significant.

The clinical and pathological characteristics of the 136 patients are listed in Table 1. Of all patients enrolled, there were 108 males and 28 females with a median age of 58 years (range, 31-78 years). The performance status (PS) was 0-1 in 112 patients (82.4%) and PS 2 accounted for 17.6%. Seventy-eight was in extensive stage and fiftyeight with limited stage on presentation. One hundred and five patients had a history of smoking. One hundred and twenty-one were with recurrence or metastasis and received first-line chemotherapy. Platinum-based first-line chemotherapy was applied in all of the 121 patients. Seventy-six patients received EP (etoposide+cisplatin), 40 with EC (etoposide+carboplatin) regimen and five with other regimens.

PD-L1 expression and its correlation with patient characteristics 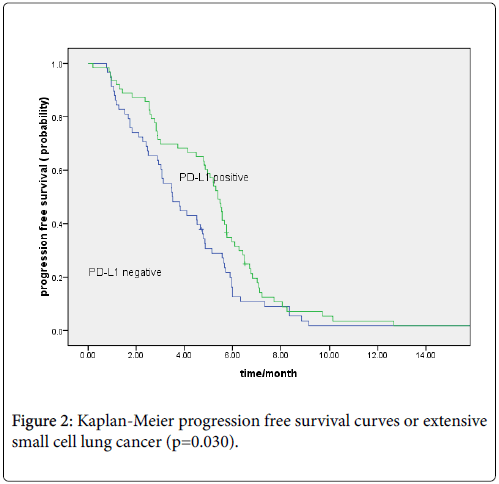 Table 3: Univariate analysis of patients’ first-line progression-free survival and overall survival according to the clinicopathologic characteristics.

We demonstrated that PD-L1 was overexpression in 54.4% of SCLC, and that PD-L1 expression was associated with favorable survival regardless of extensive and limited stage patients. Progression free survival of first-line chemotherapy in PD-L1 positive patients was longer than those in PD-L1 negative patients.

Ishii et al. demonstrated that expression of PD-L1 was significantly correlated with a limited stage but not extensive stage disease [19]. However, only 41 patients with limited stage were included in Ishii et al. study. The limited number of patients may influence the results of this report. No clinical factors were found to be associated with PD-L1 expression in current cohort, regardless of limited or extensive stage.

Previous reports have demonstrated that expression of PD-L1 is associated with prognosis in many solid carcinomas. However, the results were conflicting [20,21]. Studies previously have reported that PD-L1 expression was associated with poor survival in patients with several solid carcinomas [20,21]. In contrast, PD-L1 is correlated with a favorable survival in other carcinomas [13,15]. Ishii et al. showed that patients with expression of PD-L1 had significantly better prognosis than those with negative expression in limited SCLC [19]. In current study, the results demonstrated that patients with PD-L1 expression have a better PFS and OS in SCLC, including in limited and extensive stage. To our knowledge, a significant association between PD-L1 expression and better PFS and OS has not been specifically reported previously in extensive SCLC.

In summary, the present study is the report with largest number patients’ evaluated PD-L1 levels in SCLC. Our results suggest association between the presences of PD-L1 with overall survival. However, for the limitation of our study with retrospective nature, the value of PD-L1 expression in SCLC as a candidate prognosis factor needs to be validated in the future.

Copyright: © 2018 Yang S, et al. This is an open-access article distributed under the terms of the Creative Commons Attribution License, which permits unrestricted use, distribution, and reproduction in any medium, provided the original author and source are credited.