Entering the stage are the difficulties and controversies in defining personality and its disorders and the attempts by evolutionary psychologists to provide explanations on how we have adapted, psychologically, to resolve recurrent conflicts in our environment. The most commonly used definition of personality nowadays is: an enduring pattern of thoughts, feelings, interactions and behaviors that make us the individuals that we are. (Gask, Evans & Kessler, 2013).

"All the world's a stage,

and all the men and women merely players;

they have their exits and their entrances,

and one man in his time plays many parts.

Entering the stage are the difficulties and controversies in defining personality and its disorders and the attempts by evolutionary psychologists to provide explanations on how we have adapted, psychologically, to resolve recurrent conflicts in our environment.

The most commonly used definition of personality nowadays is: an enduring pattern of thoughts, feelings, interactions and behaviors that make us the individuals that we are. (Gask, Evans & Kessler, 2013).

People with personality disorders, on the other hand, are equipped with a limited range of feelings, attitudes and behaviors to cope with everyday challenges. Normal personality traits (ego syntonic) become a disorder (ego dystonic) when they are inflexible and the diagnosis is only made when they cause clinically significant distress or impairment. The definition of personality is still a controversial concept even between the two main diagnostic systems, the ICD 10 (2016) and the DSM-5 (American Psychiatric Association, 2013). DSM-5 moved them from AxisII, to section III “diagnoses and other material requiring further study’’. The argument about validity and clinical utility will continue evidenced by the DSM-5 working group’s attempts at removing some types (Histrionic and dependent) and having to reinstall them (Allen Frances Essentials of Psychiatric Diagnosis, 2013). Some authorities have always protested about including some subtypes, like borderline personality disorder, stating they are neither borderline nor a personality disorder, but rather fluxithymia (Tyrer, 2013).

Evolutionary psychology is a metatheoretical paradigm that synthesizes the modern principles of psychology with the core principles of evolution .It has succeeded in providing solid explanations in domains such as language, survival, sexuality, mating strategies, sexual conflict, kinship, cooperation, and aggression (Buss, 2009; 2008).

According to the paradigm, with regards to personality, early man was functioning in complex social groups and saw self as part of the group, which were identical. This was protective so if the group survives, he survives. Group functionality later dictated division of labor and differentiation. Natural selection, according to Darwinian Theory, interfered by choosing personality traits that had an advantage, like aggressiveness in a hostile environment, submissiveness when defeated and needed to regroup.

The foundations of what we know today about personality and its evolution have been laid by compelling human efforts e.g. Hippocrates’s Temperaments, Plato’s Republic, Aristotle’s Psyche, Machiavelli’s Virtù & Fortuna, all the way to, Darwin’s “The Expression of Emotions in Man and Animals” and Pritchard’s Moral insanity, Dawkin’s Selfish Gene, Buss’s evolutionary psychology and many others. One can’t omit the influential and contributory work of the likes of Noam Chomsky and Steven Pinker on language development.

Built on Freud’s tripartite theory (Id, ego & superego), Piaget’s developmental stages, social psychology theorists, psychiatrists, behavioral geneticists and other scientists, the contemporary view posits that personality emerges early, may be even before language and conscious self representations take place, and is recognizable in childhood temperament.

Personality is commonly broken into 5 components or “the Big Five” (openness to experience, conscientiousness, extroversion, agreeableness and neuroticism). They are generally considered to be stable over time with 40-60% being attributed to genetics (Briley & Tucker-Drob, 2014).

The evolution of modern man’s personality could have benefited from some observed processes involved in disorders like antisocial personality, bipolar affective disorder, obsessive compulsive disorder, autism, ADHD, specific learning disability (dyslexia) to give an advantage over others?

For example, bipolar affective disorder may have been advantageous according to some theories. Being manic in the summer would allow ladies to become pregnant and then hibernate in the depressed phase in winter, to secure the pregnancy and delivery. Obsessive compulsive traits or disorder, involving hygiene and cleanliness, could have served as a psychological immune system. Antisocial personality was important in warfare and hunting and could still be useful in our world today. Being paranoid could have saved the tribe from enemies, and so on.

Individual differences in dispositions and behavior continue to change throughout the life span (Caspi & Roberts, 2001). This is a move away from the previous view that personality was thought to be stable after adolescence, set like plaster after age 30 according to William James.

Mellowing of borderline and antisocial disorders is expected with age whereas narcissistic, histrionic and obsessive compulsive subtypes should expect some challenges. Schizotypal personality is viewed as a predecessor of Schizophrenia. Interventions are improving the outcome, especially psychological ones like Metallization Based (MBT), Dialectical Behavioral (DBT), Cognitive Behavioral (CBT) and Schema Focused Therapy. It is not advisable to use medication to treat personality disorders according to leading guidelines and use should be reserved for symptomatic treatment of anxiety, depression, mood stabilization and suspiciousness (Accesed from http://www.rcpsych.ac.uk/healthadvice/problemsdisorders/personalitydisorder.aspx).

To summarize, evolutionary psychology is providing exciting intuitions into our personality and what is considered as flaws. The nature-nurture debate will benefit from the advances in biological sciences specially genetics; epigenetics and brain imaging. We should expect the field to deliver clearer scripts of the parts we play on the stage of life. Some questions to ponder are: If we accept the evolutionary psychology paradigm, then what is a normal Personality? Don’t we see the advantages and tradeoffs of being narcisstic, paranoid, obsessive etc..? Why do we stigmatize some people, if evolution is perfecting its work, scanning our needs and adjusting our responses? 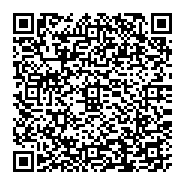