Copyright: © 2016 Shirae S, et al. This is an open-access article distributed under the terms of the Creative Commons Attribution License, which permits unrestricted use, distribution, and reproduction in any medium, provided the original author and source are credited.

Even in subjects with renal impairment, no additional safety concerns arose in the previous global phase 2b study where subjects with various levels of renal function were enrolled, except subjects requiring hemodialysis [9]. Thrombomodulin alfa dosing adjustments for subjects with renal dysfunction, except those requiring hemodialysis, were not warranted in subsequent clinical trials [5], as the potential to lower the dosage below the effective plasma concentrations could have presented a significant risk to subjects who have sepsis with coagulopathy.

This study was conducted in accordance with the International Conference on Harmonisation E6 Good Clinical Practice, Consolidated Guidance, and was designed generally in accordance with the draft FDA guidance for industry [13]. The study was conducted at 3 centers in the United States. All of the centers received approval from an institutional review board, and a signed informed consent was obtained from each subject before any study related procedures were performed.

A total of 40 men and women participated in this open-label, single dose study. At the screening visit, subjects were allocated into 5 groups (8 subjects in each group) on the basis of estimated creatinine clearance (CLcr) values using the Cockcroft Gault equation [13] and on the basis of hemodialysis use. The 5 groups were defined as normal renal function group (Healthy Control Group; CLcr ≥ 80 mL/min), mild renal impairment group (Mild Impairment Group; CLcr 60-79 mL/min), moderate renal impairment group (Moderate Impairment Group; 30-59 mL/min), severe renal impairment group (Severe Impairment Group; 15-29 mL/min), end-stage renal disease (ESRD) group (ESRD Group; requiring hemodialysis or CLcr <15 mL/ min not on hemodialysis). The above definition was based on a draft FDA guidance with a modification. The CLcr cut off value for Healthy Control Group was changed from CLcr ≥ 90 mL/min to CLcr ≥ 80 mL/min and Mild Impairment Group was changed from CLcr 60-89 mL/min to CLcr 60-79 mL/min for subjects matching purpose: To the extent possible, subjects in Healthy Control Group were matched 1:1 to subjects in ESRD Group for similar age (± 10 years), gender and weight (BMI ± 15%). Due to this matching scheme, the Healthy Control Group could be relatively older and have lower calculated Clcr value even with healthy status. Hence, CLcr ranges for Healthy Control Group and Mild Group have been changed from the FDA draft guidance [13].

Thrombomodulin alfa is produced by Asahi Kasei Pharma Corporation (Tokyo, Japan) from Chinese hamster ovary cells. It is synthesized as a 498 amino acid glycoprotein, composed of the D1, D2, and D3 domains, but lacks the transmembrane (D4) and cytoplasmic (D5) domains of human thrombomodulin.

Plasma samples for the measurement of thrombomodulin alfa concentration were taken at the following time-points: Pre-dose, and at 5 min, 15 min, 30 min, 1, 2, 4, 8, 12, 24, 48, 72, 96, and 120 h post thrombomodulin alfa administration. For subjects on hemodialysis, the PK samples were collected at least 1 h after the end of the subject’s last hemodialysis treatment.

Using Phoenix WinNonlin (Pharsight Corporation, St. Louis, MO, USA, version 6.2.1), PK parameters were determined from the plasma concentrations of thrombomodulin alfa using a 2-compartmental procedure. Cmax for the thrombomodulin alfa recommended dosage period of six doses were simulated and calculated based on the determined PK parameters. The predicted Cmax during the recommended dosage period was compared with the maximum nontoxic concentration (5,400 ng/mL) by group and by individual.

First, serum samples are subjected to a screening assay. Samples that show signals more than plate cut point are judged as screening positive. Plate cut point is defined as the mean of nonspecific background of negative control in the plate plus normalization factor of 14. Subsequently, samples tested positive in the screening assay are subjected to a confirmatory assay, in which the decrease of signals by spiking samples with excess amount of thrombomodulin alfa is measured. If % inhibition of signal by spiking sample with thrombomodulin alfa exceeds 20%, the sample is confirmed as positive. This assay method was validated based on the FDA Guidance for Industry [17] and the recommendations for immunoassays [18,19].

Demographic characteristics at the screening visit are summarized in Table 1. Weight and BMI were similar and ratio of gender was slightly different among the 5 Groups. Age ranged from 26-75 years; the mean age for subjects in the Mild, Moderate, and Severe Renal Impairment Groups (60-68 years) was greater than the mean age for subjects in the Healthy Control and ESRD Groups (42 years). Each subject in the Healthy Control Group was well matched to a respective subject with ESRD with respect to age, gender, and BMI. CLcr values met the eligibility criteria predetermined for each Group, and all ESRD subjects were enrolled based on the criteria of “requiring hemodialysis”.

Arithmetic mean plasma concentrations of thrombomodulin alfa for single dose are plotted in Figure 1. The plasma concentration profile presented a biphasic drug elimination; a relatively rapid elimination during first hours after single IV bolus injection followed by slow disappearance in the terminal phase. The terminal phase elimination was apparently slower in the Moderate Impairment, Severe Impairment and ESRD Groups, with a similar disappearance profile between the Severe and the ESRD Groups (Figure 1). Minimum to Maximum (Minimum – Maximum) individual value are presented. One each subject from Severe Renal Impairment and ESRD were excluded from analysis since these subjects had anomalous plasma concentration-time profiles. Following multiple dose simulations of six, once-daily IV bolus injections of 0.06 mg/kg thrombomodulin alfa, the predicted mean Cmax in subjects with normal renal function, and mild, moderate, or severe renal impairment and on hemodialysis was 2,030, 2,350, 2,410, 3,710, 3,180 ng/mL, respectively, with the individual Cmax values ranging from 1,340 to 4,730 ng/mL.

There were no serious adverse events (SAEs) and no subjects were withdrawn from the study due to treatment emergent adverse events (TEAEs). Overall, 14 (35%) subjects reported a total of 27 TEAEs (Table 4). TEAEs that occurred in ≥ 5% of all study subjects were as follows: vessel puncture site hemorrhage (10.0%), abdominal pain (7.5%), headache (5%), nausea (5%), and somnolence (5%). The number of subjects reporting TEAEs did not differ markedly based on renal function, but drug-related TEAEs were isolated to subjects with renal impairment or ESRD. The number of events was most frequently reported in the ESRD Group with 8 TEAEs reported by 2 subjects (compared to 3 TEAEs reported by 3 Healthy Control subjects). All TEAEs were mild, except for one moderate TEAE which was reported in the ESRD Group.

It was observed, while demographic differences other than renal function were found among the 5 Groups in this study, they were thought not to affect the PK profile. There were slight differences in the ratio of subjects’ gender among the 5 Groups and the mean age for subjects in the Mild, Moderate, and Severe Renal Impairment Groups (60-68 years) was greater than the mean age for subjects in the Healthy Control and ESRD Groups (42 years). However age or gender was not determined a significant covariate for the PK of thrombomodulin alfa in the PPK analysis in the non-Japanese population [5], as such these age or gender differences were unlikely to affect the PK profile.

As similar PK profile was found between Severe Impairment Group and ESRD Group, hemodialysis treatment was thought not to affect the clearance of thrombomodulin alfa. Similar results were reported by Hayakawa et al. [20]. In his study, plasma concentration of thrombomodulin alfa in septic DIC patients with more severe renal impairment (N=11, CLcr <30 mL/min) were studied. Of 11 patients with severe renal impairment, 7 patients had undergone continuous renal replacement therapy (CRRT), and no apparent difference was found between PK of the subjects on CRRT and that of subjects not on CRRT.

The results of this study would give a clear guide to physicians who treat patients with DIC and/or with severe sepsis and coagulopathy by thrombomodulin alfa, as many those patients frequently require hemodialysis.

Results from single dose and multiple dose PK simulation in this study showed renal impairment was associated with increased exposure of thrombomodulin alfa. However, no renal function groups or no individually simulated Cmax after 6 doses exceed the acceptable safety range even for subjects with hemodialysis, and as such no dose adjustment would be required for patients with hemodialysis. 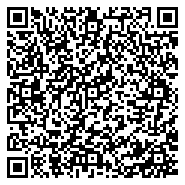