Potential of Salvinia molesta for Removal of Sodium in Textile Wastewater

Copyright: © 2016 Pavithra M, et al. This is an open-a ccess article distributed under the terms of the Creative Commons Attribution License, which permits unrestricted use, distribution, and reproduction in any medium, provided the original author and source are credited.

Textile industries are one of the major contaminators of water and soil. Sodium is the only major cation present in textile wastewater due to high consumption of sodium salts in processing units. Many aquatic macrophytes are successfully used for phytoremediation of contaminated water. An attempt has been made to test the potential of Salvinia molesta in reduction of sodium from textile effluent. The experimental study showed that Salvinia molesta is a suitable candidate for effective removal of sodium from textile wastewater.

Water is the most vital resource for all kinds of life, but it is being adversely affected both quantitatively and qualitatively. Today, most of the rivers receive millions of litre of sewage and industrial effluents containing varying characteristics from simple nutrients to highly toxic substances [1]. Because of increasing population and industrial developments, a huge amount of wastewater is discharged to the environment above the level that the nature can eliminate. One of the most important industrial activities in India with its magnitude of economy is the textile industry. Textile industry discharges a complex huge volume of waste water containing various chemicals used in dyeing, printing and finishing processes. The effluent generated in different steps or processes is well beyond the standard and thus it is highly polluted and dangerous [2]. Sodium is the only major cation present in textile wastewater due to high consumption of sodium salts in processing units [3]. Sodium salts are generally highly soluble in water and are leached from the terrestrial environment to groundwater and surface water. They are non-volatile and will thus be found in the atmosphere only in association with particulate matter [4]. Although it is generally agreed that sodium is essential to human life, there is no agreement on the minimum daily requirement. In general, sodium salts are not acutely toxic because of the efficiency with which mature kidneys excrete sodium. However, acute effects and death have been reported following accidental overdoses of sodium chloride. Acute effects may include nausea, vomiting, convulsions, muscular twitching and rigidity, and cerebral and pulmonary oedema [5]. Excessive salt intake seriously aggravates chronic congestive heart failure, and ill effects due to high levels of sodium in drinking-water have been documented [6].

Phytoremediation, the plant based green and cost effective technology has been receiving increased attention after the discussion on hyper-accumulating plants which are able to accumulate, translocate and concentrate high amount of hazardous elements in the harvestable part [7,8]. Macrophytes are the potent phytoremediators and the macrophytes phytoremediation mechanism consists of several processes such as phytoextraction, rhizofiltration, phytostabilization, phytovolatilization and phytotransformation or phytodegradation in which each of the process have different role in the accumulation and remediation of the metals [7,9-12]. Many wetlands macrophyte species are successfully used for phytoremediation of contaminated water [13]. These wetland macrophytes were utilized to absorb and degrade the contaminants to prevent from further contamination of the water bodies. The goal of the present study is to assess the effectiveness of S. molesta in the reduction of sodium in textile mill effluent.

Salvinia molesta was collected from a natural pond near Shimoga. Same sized young and healthy plants were collected and acclimatized in laboratory conditions for three days. Later they were introduced into the effluent [14].

The sample for the analysis was collected from a textile industry near Shimoga. It was brought to the laboratory and analysed for various physico-chemical parameters.

Different concentrations (10% to 70%) of effluent were used for treatment, while the control was maintained separately. Plastic troughs of 10 litre capacity were filled with 7 litre of different concentration of effluent. The plants were allowed to grow in laboratory model ponds for 7 days, after which they were taken out and the plant treated effluent was analyzed for the efficiency of Salvinia molesta in reducing sodium [15].

Sodium: Sodium (as N mg/L) was determined by Flame photometry method (IS: 3025(p45)) before and after the treatment.

Table 1: Concentration of total sodium of effluent after treatment with Salvinia molesta. 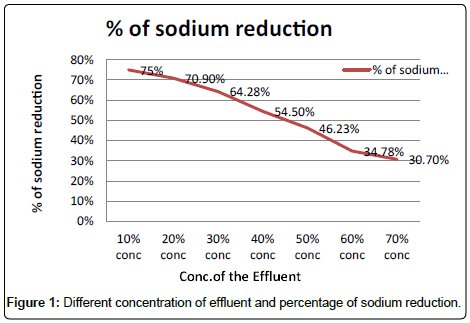 Figure 1: Different concentration of effluent and percentage of sodium reduction.

The experimental study showed that Salvinia molesta is a suitable candidate for effective removal of sodium from textile wastewater [16]. These findings indicate that phytoremediation could promote the removal of nutrient like sodium from the textile mill effluent. It is also in agreement with the report of Ref. [17] that aquatic macrophytes are very efficient in remediating nutrients from wastewaters. The released contaminants are absorbed by plants, and the contaminants in water will gradually be diminished. The study has shown that Salvinia molesta could remove large amount of nutrients from textile wastewater.

The feasibility of Salvinia molesta to treat textile effluent was investigated and it was found to be efficient in reducing the concentration of sodium within 7 days of treatment. Hence, Salvinia molesta could be used for treating textile mill effluent.