Copyright: © 2014 Vaillant AAJ. This is an open-access article distributed under the terms of the Creative Commons Attribution License, which permits unrestricted use, distribution, and reproduction in any medium, provided the original author and source are credited.

The aim of this preliminary study was to investigate the presence of proteins in the tissue fluids of the sea
mussel Isognomon alatus. Protein extraction was done by the chloroform-cold ethanol technique. Immunization for
production of antibody to be used as reagents in Western blotting, assessment of the protein concentration by the
Bradford method, protein characterization by native polyacrylamide gel electrophoresis (PAGE) were also performed
as a part of the methodology of this study. The results showed a protein content of 65 mg/ml in tissue fluids and a
protein band approximately of 220 kDa in PAGE that was further confirmed by the Western blotting. Future work
should investigate the structure and function of the proteins separated from the tissue fluids and we considered it
as a limitation of this investigation. The sea bivalve literature is scanty. However the limitation of this work we still
can conclude that there are high molecular weight proteins in large concentrations in tissue fluids of the sea mussel
Isognomom alatus.

The mussel Isognomon alatus is a bivalve mollusc. This species inhabits warm marine littoral habitats [1]. Despite the economic importance of this mussel, which is used for human consumption in many countries, there are no reports on the protein content of the tissue fluids of this organism. High protein content has been described in other species of mussels, e.g. the horse mussel Modiolus modiolus [2]. One approach to understanding the nutritional value of the Isognomon alatus was to determine the protein presence and concentrations in extracellular fluids of the mussel.

Collection of tissue fluids from the Isognomon alatus

The extracellular fluid secreted from the I. alatus was collected in a 50 ml sterile plastic tube and it was placed in sterile plastic bags and transported to the laboratory in ice packs, for analysis.

Protein extraction from the tissue fluids of the mussel Isognomon alatus

One volume of chloroform was added to 15 ml of tissue fluids from 10 mussels and the mixture centrifuged at 1500 × g for 5 min at 4°C. The clear supernatant (top layer) was separated from lipids (bottom layer) and treated with cold ethanol (100%) and centrifuged for another 5 min at 1500 × g and 4°C. A large white pellet (protein extract) was resuspended in one volume of PBS, dialyzed against BPS for 24 hrs at 4°C, with 3 buffer changes and stored at -20°C until further analysis.

The protein concentration was assessed by Bradford method

Duplicate aliquots 0.5 mg/ml of BSA (5, 10, 15 and 20 μl) was added to microcentrifuge tubes and the volume in each tube brought to 100 μl with 0.15 M NaCl. Two blank tubes were also prepared. One ml of Coomassie brilliant blue solution was added to each tube and each vortexes and left to stand for 2 min at Room Temperature (RT). The absorbance readings were taken at 595 nm against a 0.15 M NaCl blank using a 1 cm path-length microcuvette. A standard curve was then constructed by plotting a graph of absorbance against protein concentration and the protein concentration was determined from the standard curve.

Preparation of a reagent for immunoblotting (production of anti-I. alutus protein extract antibody in rats and titre measurement)

Two male rats of approximately 1800 g were intramuscularly immunized with 0.5 ml (1 mg/ml) of the protein extract containing 0.3 ml of incomplete Freund’s adjuvant. They were immunized in day zero, day 7 and day 15. The antibody titre was measured by doubled immunodiffusion (Ouchterlony technique) as follows 1% agarose gel was prepared and wells cut into the gel using a template. A 25 μl (1 mg/ ml) of the protein extract were added to the centre well. The peripheral wells were filled with serial dilutions (from 1:4 to 1:512) of 25 μl of immunized rat serum. The gels were incubated at RT for 48-72 hrs and then examined for precipitin lines. The positive results were taken as the presence of precipitin lines and negative results the absence of precipitin lines. The rat sera were treated with ammonium sulphate to precipitate the antibody-containing protein fraction until its further use [3].

Native PAGE of the protein extract

The protein extract was separated by PAGE as described by Neville [4] using an acrylamide concentration of 10%. Aliquots of 10 μl of protein (0.5 μg/μl) in sample buffer (0.125 M Tris HCl, 20% glycerol, pH 6.8). The sample was then electrophoresed at 150 V for 1 h. A molecular weight (MW) marker (10-220 kDa, Sigma-Aldrich Co, San Louis Missouri) was included with each run. The gels were stained with Coomassie blue.

Following a new electrophoresis the I. alatus protein extract was blotted onto nitrocellulose membranes (approximately 75 minutes at 40 mAmps using running buffer: 25 mM Tris, 192 mM glycine, pH 8.3, 20% methanol, 0.5% SDS). The membranes were blocked by incubating 2 h in 10% non-fat dry milk in PBS (with 0.05% Tween 20, pH 7.4). The membranes were washed 4X10 min with PBS-Tween 20 and incubated overnight at 4°C with an anti- I. alatus protein extract antibody developed in rats. The following day membranes were again washed 4×10 min with PBS-Tween 20. SpLA-HRP (Sigma-Aldrich Co, San Louis Missouri) diluted 1:5000 was added to the membranes, which were incubated for 3 h at RT and the washing procedure was repeated. Tetramethylbenzidine (TMB) solution (Sigma) was added to the membranes, which were then incubated in the dark at RT for 5 min after which the membranes were shaken gently, rinsed thoroughly in de-ionised water, dried and photographed.

The chloroform-cold ethanol method was effective to separate proteins from lipids produced by the mussel I. alatus and secreted as tissue fluids. The Bradford method showed a protein concentration of 65 mg/ml and the protein concentration was adjusted to 1 mg/ml and a protein extract with a suitable adjuvant was used to immunized 2 male rats to produce an anti-I alatus protein antibody to be further used in the protein characterization by Western blotting. The radial immunodiffusion test demonstrated the successful production of the said anti-serum in titres up to 1:256, which can be considered as high titres.

The native PAGE showed in Figure 1 the presence of a protein band with a high molecular weight, approximately 220 kDa and the Western blotting confirmed the result. The presence of protein extracts of tissue fluids of the mussel I. alatus has not been previously reported. The presence of proteins has been reported in other species of bivalves including the pacific oyster Crassostrea gigas, the horse mussel Modiolus modiolus [2], Mytilus edulis [5,6] and the sea mussel Crenomytilus grayanus [7,8] and some of these proteins are lectins that bind to carbohydrates and it is not conclusive if they have protective capacity against several antigens or microorganisms that they encounter in their environment [2,5]. Future work should investigate the structure and function of proteins in the tissue fluids of the sea mussel I. alatus and we considered it as a limitation of this investigation. Vareltzis and Undeland, 2012 reported that the pH shift method can be successfully used to extract functional proteins from mussels and add value to blue mussels unsuitable for human consumption. To the School of Graduate Studies and Research, University of the West Indies, Mona campus, Jamaica for providing funding. 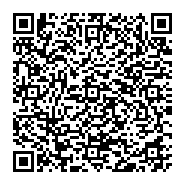